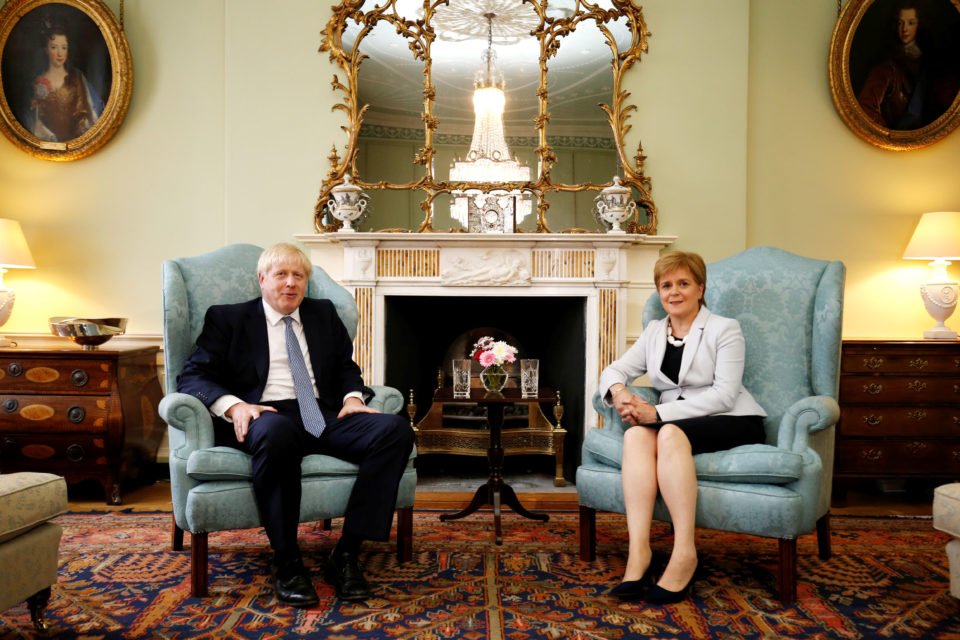 Scottish voters would back independence and they want another referendum in the next two years, a poll published on Monday showed, indicating that the United Kingdom could be wrenched apart shortly after it leaves the European Union.

Excluding those who said they did not know or would not vote, this amounted to 52% to 48% for an independent Scotland.

“I found a small majority in favor of a new vote – and the first lead for an independent Scotland for more than two years,” Ashcroft, a Conservative who opposed Boris Johnson’s successful bid to be prime minister, said.

Johnson, who took over from Theresa May last month and is unpopular in Scotland, was booed as he entered a meeting last week with Scottish First Minister Nicola Sturgeon who is demanding London agree to another referendum.

The poll is the first lead for Scottish independence in a published poll since an Ipsos MORI survey in March 2017, and the biggest lead since a spate of polls in June 2016, shortly after the EU referendum, Ashcroft said.

If there was another referendum and if Scots voted out, it would mark the biggest shock to the United Kingdom since Irish independence a century ago – just as London grapples with the fallout of a possible no-deal Brexit.

Scots rejected independence by 55 to 45 percent in a 2014 referendum but a three-year political crisis in London and differences over Brexit have strained the bonds that tie the United Kingdom together.

The United Kingdom as whole voted 52-48 to leave the EU in a 2016 referendum: England and Wales voted to leave but Scotland and Northern Ireland voted to stay.

Irish nationalists have demanded moves towards Irish unification in response to Johnson’s threat of a no-deal Brexit.

The nations of Britain have shared the same monarch since James VI of Scotland became James I of England in 1603 and a formal union created the Kingdom of Great Britain in 1707.

A majority of Scottish voters up to the age of 49 said they would vote for independence, including 62% of those aged 18 to 24, Ashcroft said.

Scottish independence would thrust the rest of the United Kingdom and the newly independent Scotland into talks on how to carve up North Sea oil revenues, what currency Scotland would use, and the fate of Britain’s main nuclear submarine base at Faslane near Glasgow.

The Scottish National Party (SNP), which runs the devolved government in Edinburgh, says that a second independence referendum is justified as Scotland is now being dragged out of the bloc against its will.

But British prime ministers since David Cameron, who agreed to and won the 2014 Scottish referendum, have repeatedly ruled out another referendum on Scottish independence, saying the 2014 vote was cast a once-in-a-generation vote.

Johnson said last week while on a visit to Scotland that the independence vote was a once in a generation event but a constitutional crisis could be looming over who has the right to allow another referendum – Holyrood or Westminster.

Seeking to tap into a cocktail of historical rivalry, opposing political tastes, and a perception that London has mismanaged Scotland for decades, nationalists say an independent Scotland could build a wealthier and fairer country.

“Attempts by the Tories to block Scotland’s right to choose our own future are undemocratic and unsustainable,” Sturgeon said in response to the poll.

Unionists say independence would needlessly break up the United Kingdom, cast a vulnerable Scotland into the high seas of global politics and usher in years of financial, economic and political uncertainty.

Sewing a way out of sex work in Spain