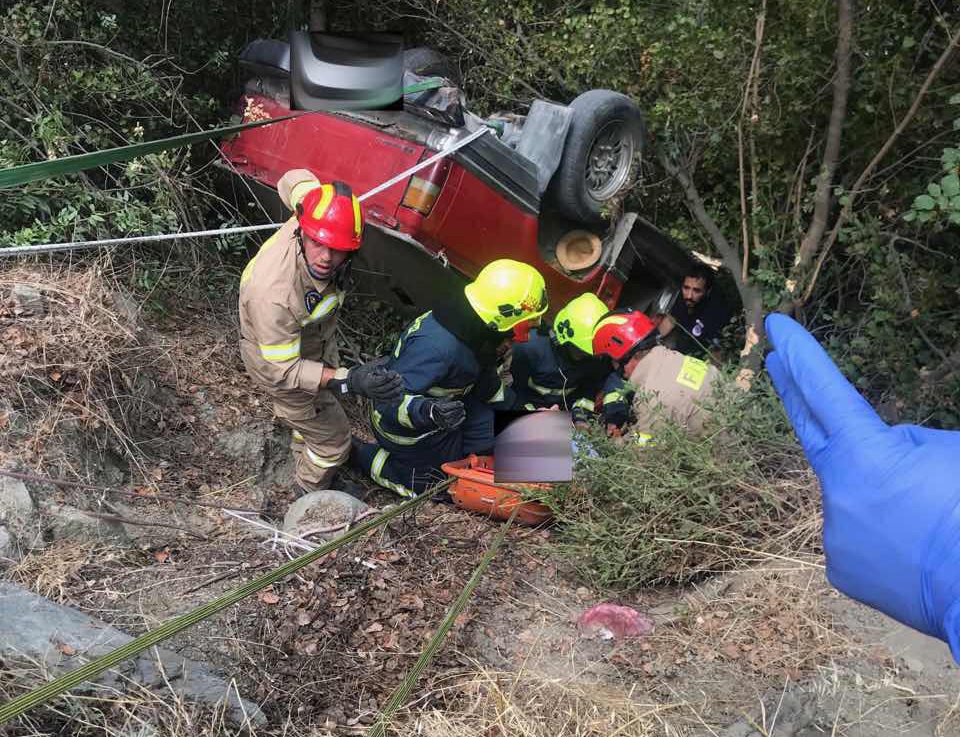 The fire service on Tuesday rescued three people trapped after the vehicle they were in went off a cliff in Saranti village in the Nicosia district.

According to the fire service, they were alerted at around noon that three people had been trapped in a double-cabin pickup truck after it fell in a five-metre ditch in Saranti village.

A fourth person, the driver, managed to throw himself from the vehicle before it went off the cliff.

The other three people were freed from the car by the fire service and were taken to the Nicosia general hospital as a precaution. None was seriously injured.