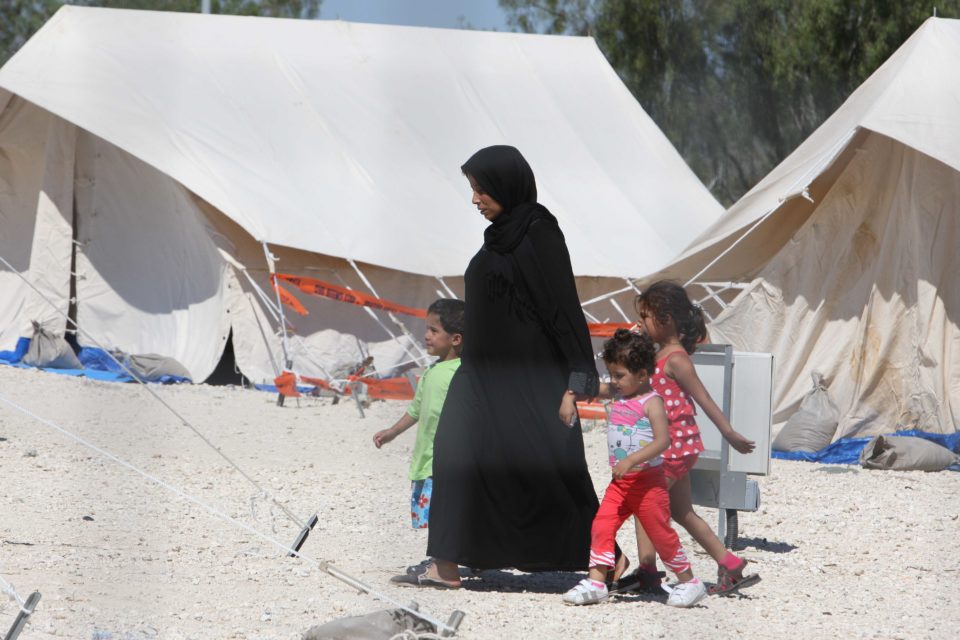 Warning that Cyprus has reached its limit, Interior Minister Constantinos Petrides, has urged all EU member states to submit their pledges for relocating 5,000 asylum seekers in a bid to ease the pressure on the island and diffuse serious challenges faced by the authorities and the social structure.

“As one of the guardians of the union’s external borders, we remain committed towards our obligations deriving from international and European acquis,” Petrides said in a letter. “Nonetheless, I have to admit that our capabilities and resources are beyond the point of exhaustion and we are at risk of not being able to help those who are really in need of protection,” he added.

“I hereby urge all member states to submit their pledges for relocating 5,000 persons from Cyprus, on the basis of bilateral agreements, and with priority given to vulnerable persons, in order to significantly alleviate the disproportionate pressures and severe challenges faced, both by the authorities, but also the social structures of the country. Financial support for the implementation of the scheme should become available in line with existing instruments,” the minister said.

In the letter, sent on Monday to EU Commissioner for Migration, Home Affairs and Citizenship, Dimitris Avramopoulos and to his counterparts in the EU, Petrides said Cyprus is currently hosting around 9,000 persons to whom protection has been granted in the past few years.

Syrian nationals, as prima facie persons in need of protection, have accounted for over 26 per cent of the overall migratory influx of Cyprus since 2016, Petrides said.

The number coming to Cyprus and applying for asylum between January and June 2019 is nearly 7,000, while the backlog of applications awaiting examination has increased to almost 15,000, despite the additional staff hired by the asylum service.

Petrides said despite repeated pleas for solidarity, Cyprus has not benefited from any relocation scheme so far.

In his three-page letter, Petrides said, that arrivals in the Eastern and Western Mediterranean route continue to steadily increase, noting that in the absence of a truly holistic agreement that will enable adequate management of the migratory influx to the EU, Cyprus is in urgent need of immediate assistance, given the unprecedent high number of arrivals.

Petrides said Turkey systematically refused to cooperate with the Republic on the matter. The occupation of the northern part of the island by Turkey made it impossible to implement any measures seeking to reduce the migratory influx, he added.

The minister reiterated that Cyprus remained the top receiving member state of first-time asylum applications in proportion to its population for the third consecutive year.

He said it was very likely that the systematic increase of arrivals would continue or even reach a further peak, as has been the case for the past three years.

“Despite a series of measures that have been taken with a view to strengthen our asylum system and its capacities, the disproportionate pressures of the past three consecutive years have reached a peak of 130 per cent increase in the first six months of 2019,” he said.

Our View: Akinci’s moratorium on drilling a face-saving way out of impasse