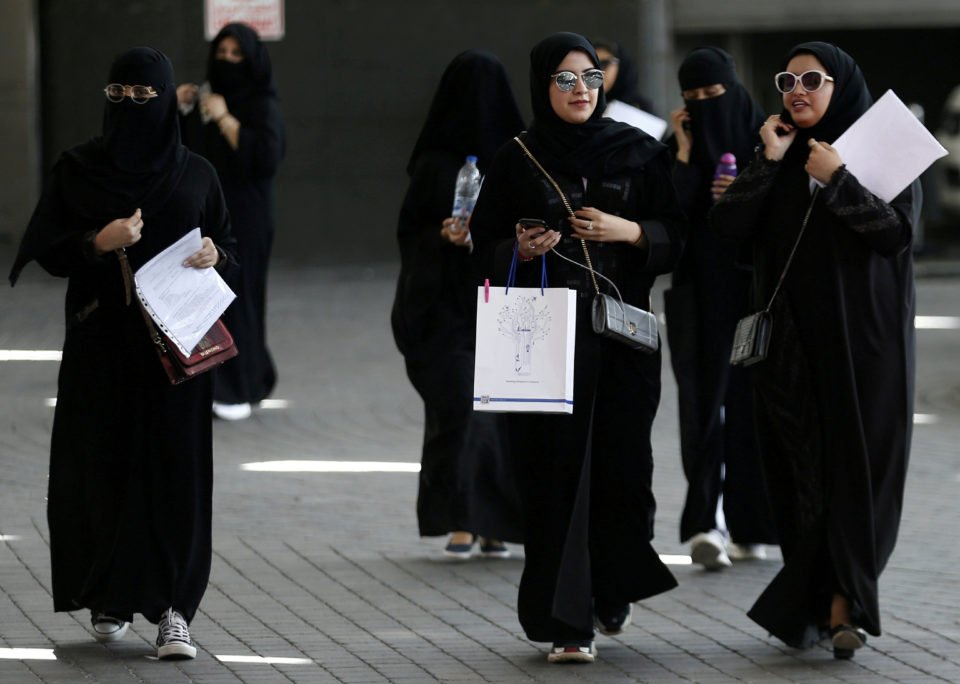 FILE PHOTO: In practice, most Saudi women are expected to wear the long, dark abaya robe and a headscarfREUTERS/Faisal Al Nasser/File Photo

From driving to travelling abroad, Saudi women have been granted new freedoms in recent years, as the Islamic kingdom eases restrictions seen by rights activists as repressive.

Last Friday, Saudi Arabia allowed women to travel without permission, further eroding a heavily criticised guardianship system under which all women are assigned a male relative whose approval is needed to take some key life decisions.

Here is a look at some of the biggest outstanding obstacles to women’s freedom in the country.

Women still need permission from a male relative to marry or live on their own. Those who disobey their guardian can face arrest. Women who marry a foreigner cannot pass citizenship onto their children.

On Friday, besides granting women above the age of 21 the right to obtain a passport and travel overseas, Saudi Arabia also allowed women to register births, marriage or divorce.

Women can also now be issued official family documents and become a guardian to children.

Since 2017, women do not need the consent of a male guardian to access services such as education and healthcare but women’s rights groups say this is implemented only on an ad hoc basis.

Many aspects of the guardianship system are not codified in law but stem from informal practice.

Women cannot file a lawsuit on their own, which activists say hinders their ability to report cases of domestic violence.

They can testify in court but in some cases their testimony is considered worth only half that of a man. The kingdom has removed requirements that a woman bring a male relative to identify them in court.

Those who have been detained or taken to a government-run shelter can not leave without approval from their guardian.

Friday’s decrees stipulate that all citizens have the right to work without facing any discrimination based on gender, disability or age.

Authorities had earlier removed restrictions on women’s work in the labour code and ended formal requirements for women to obtain a guardian’s permission to work, but some employers still demand this and are not penalised for doing so.

Male consent is also required to open a bank account or apply for credit.

In 2017, Saudi Arabia lifted a longstanding ban on women driving that was seen as an emblem of repression.

But activists say many still face hurdles in getting a licence as driving schools catering to women are few and expensive.

Women are allowed to buy or rent property but due to social norms it can be difficult for single women to secure housing without a male relative, according to women’s rights groups.

Women are required to dress modestly, but there is no specific written dress code and compliance varies in different regions and different situations. In practice, most Saudi women are expected to wear the long, dark abaya robe and a headscarf.

Dress is monitored by religious police and women have been detained and released for immodest clothing. The requirements do not tend to apply to foreign women.

The relaxation of social norms and rules has been accompanied by a crackdown on dissent, including the arrest and alleged torture of some female activists who campaigned for decades to improve women’s rights, according to rights groups.

Conservative clerics have repeatedly said women who do physical exercise are immodest, even when they are not in public or seen by men.

The kingdom sent two female athletes to the Olympics for the first time in 2012. Four went to the 2016 Games.