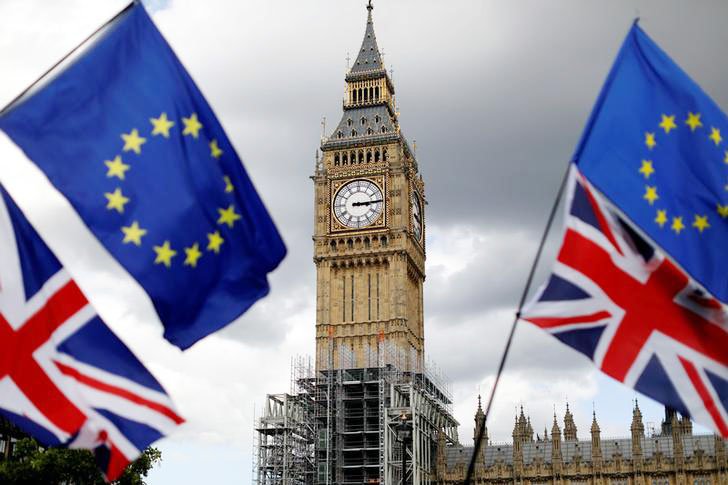 Ireland is offering businesses up to 60,000 euros each to train staff on filing customs returns as it scrambles to prepare for the possibility of Britain, its nearest neighbour and a big trading partner, leaving the European Union without a deal.

The Irish economy is considered the most vulnerable among remaining EU members to Brexit and Ireland faces a 12-fold rise in the number of import and export declarations made by local companies in the event of a no-deal British exit.

British Prime Minister Boris Johnson has said that he will take the United Kingdom out of the bloc on Oct. 31 come what may, even without a transitional deal needed to pave the way for future relations with the EU.

Michael D’Arcy, Ireland’s minister in charge of financial services, told Reuters he believed Britain will leave without a deal, causing a severe economic shock that could require pan-EU financial support for countries including Ireland.

The Irish government will offer firms 6,000 euros ($6,730) per trainee – up to a maximum of 10 per company – as well as a free training programme for all eligible customs agents, intermediaries and affected businesses as it said the country will not have enough agents to help firms file returns if Britain crashes out without a deal.

“If you trade with the UK, Brexit will most definitely impact your business. This targeted measure is aimed at supporting and incentivising capacity building in the customs agent sector,” Finance Minister Paschal Donohoe said in a statement.

Goods trade between Ireland and the United Kingdom totalled 36 billion euros last year, representing 15 percent of all Irish exports and imports. At another 43 billion euros, trade to and from Britain in services accounted for a similar share in 2017.

While Ireland has been cutting its reliance on the British market in recent years, the proportion of trade is far higher if Ireland’s raft of foreign-owned firms are excluded, with employment-heavy industries in rural areas among the most reliant on trade across the Irish Sea.

The number of Irish firms dealing with customs could surge to 100,000 from 17,000 last year if Britain is no longer a member of the EU’s customs union, requiring 20 million annual declarations, the agency responsible for customs estimates.

“You should make necessary preparations now to minimise disruption to your business come October 31,” Donohoe said, referring to the date Britain is due to leave the EU.

Ireland’s Office of the Revenue Commissioners is in the process of intensifying its engagement with firms as many that trade with Britain have not yet applied for a customs number to continue doing so after Brexit.