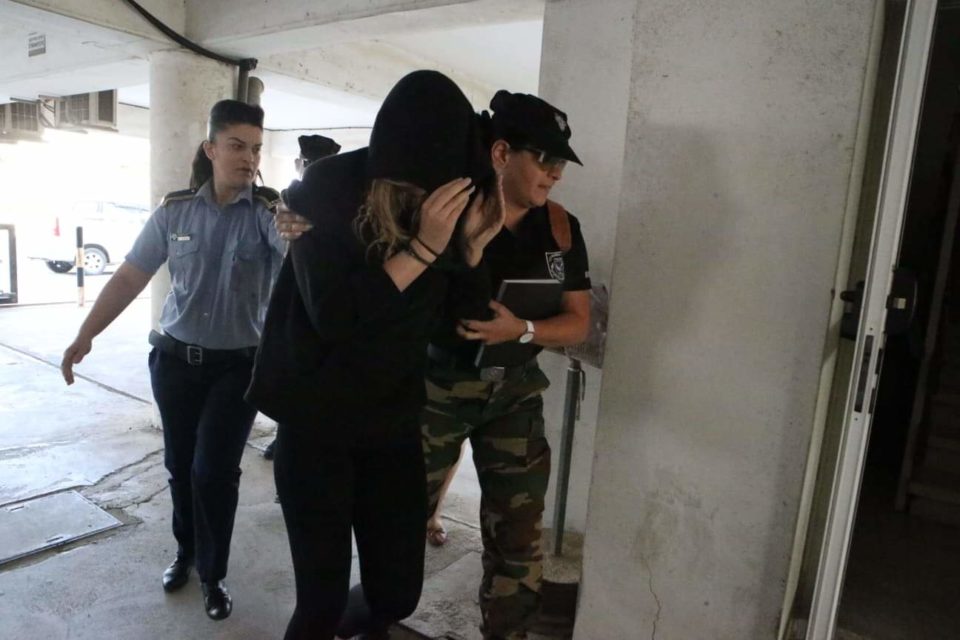 The lawyer of a British woman, 19, who claimed she had been forced by police to withdraw a gang-rape complaint has quit over disagreements with his client.

Andreas Pittadjis told the court on Wednesday that he was quitting due to serious disagreements with his client, who has been charged with public mischief after she recanted.

In the previous hearing, Pittadjis had asked the court for time to study the evidence but in the meantime a serious disagreement emerged with his client as to the manner of handling the case.

The lawyer asked for the court’s permission to withdraw, adding that he has already returned the case file to the defendant.

Following the withdrawal, the court asked the 19-year-old if she will appoint a new lawyer. The woman said yes after getting the nod from her mother who was sitting behind her in the courtroom.

The court adjourned until August 19. She will remain in custody until then.

Pittadjis’ withdrawal came just days after British tabloid The Sun published a story claiming the woman had been pressured by police to withdraw her complaint.

Quoting the woman, the tabloid reported on Sunday that police officers had allegedly dictated a statement in which she admitted faking allegations and she reluctantly signed only because she was exhausted after eight hours at the police station.

Pittadjis later told reporters that he could not divulge the details of the disagreement with his client citing attorney-client privilege.

“I cannot discuss the details that led to this disagreement since this constitutes a disciplinary offence,” he said. “This is confidential between the lawyer and the client.”

Replying to questions, Pittadjis said lawyers were not mercenaries.

“They serve the law and the court and when there is a disagreement, they have an obligation towards the court and their clients to quit.”

He appealed to the media to avoid interpreting his withdrawal as being related to the way the case had developed, adding that he had informed her family of his decision to quit a few days ago.

“This would be damaging for her defence and unfair to her.”

The woman’s mother said she trusted Cypriot justice but declined to comment on the reasons of the disagreement.

The 19-year-old was charged for making false claims after she withdrew her complaint that she had been raped by 12 Israeli tourists.

Police have since freed the 12 Israelis, aged between 15 and 18, who returned home to a heroes’ welcome.

Three of the suspects admitted to having sex with the woman but claimed it was consensual.

Doubts about the woman’s story were raised after one of the teens she identified as taking part in the gang rape was able to prove he was in bed with his girlfriend who had taken a selfie. Media reports claimed that the woman filed a false rape complaint against the Israelis because they filmed her during the sex acts without having received her permission to do so.

But in a further twist to the case on Sunday, the 19-year-old accused police of forcing her to retract her initial statement and sign a confession.

According to The Sun, the teenager has hired a barrister, Michael Polak, who is backed by an ex-Foreign Office diplomat and former detective superintendent, David Swindle.

Polak, of campaign group Justice Abroad, said: “The confession was obtained under oppression given the threats made. She was not cautioned and was not given access to a lawyer as was her right under the European Convention on Human rights.”

The Sun also published a message the 19-year-old had allegedly sent a friend that that broke off mid-sentence.

“It’s crazy. They wouldn’t let me talk to anyone. I said I have a right to have a lawyer here. Not in Cyprus, maybe the UK not Cyprus.”

Cypriot police have not issued an official response to the allegations but have rejected the woman’s claims.

A source said the woman had written down her statement by hand herself and questioned why she had not brought up the issue during her previous court appearances.

The source also pointed out that suspects under arrest are not allowed to keep their mobile phones so the woman could not have been under arrest when she was messaging her friends.

Deals which could be done before Thursday’s transfer deadline