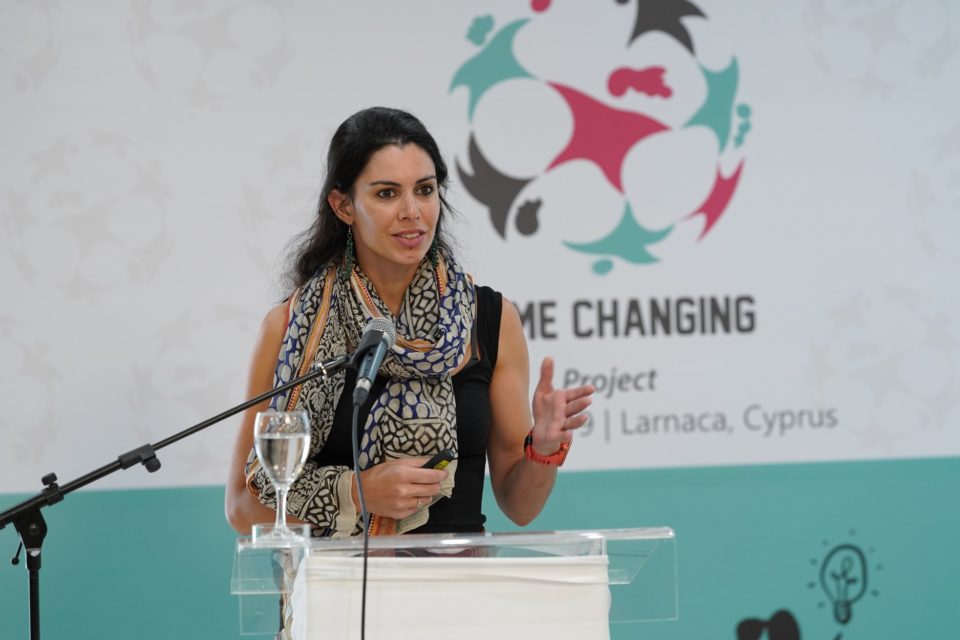 The search for missing British Cypriot astrophysicist Natalie Christopher continued for a third day on Wednesday in Ikaria, as Cyprus offered to dispatch a crew to assist the effort.

According to Greek media, a police homicide team from the Athens headquarters went to Ikaria on Wednesday to take over the case.

Christopher, 34, had gone missing on Monday during what was supposed to be a two-day stay on the island of Ikaria with her partner, 38.

In the meantime, the focus is on locating Christopher’s mobile phone.

On Tuesday evening police with special cellphone tracking equipment arrived in Ikaria to search the island for the 34-year-old’s mobile phone which is believed to be in a hard-to-reach area.

The head of the Ikaria special rescue unit Michalis Christodoulou told Greek news portal iefimerida that they have already scoured a very large area, around 10 kilometres, and that on Wednesday they were focusing on getting close to the area where Christopher’s mobile last sent a signal.

Christodoulou said they know the entire route she travelled, since they received the signals by Cyprus’ authorities.

He said the last signal sent by Christopher’s mobile phone was in the area of Faros in Kerame.

“We will see how she got there. We believe that it will take a day or two to get there, we will have to cut small trees and shrubs,” he said.

Christodoulou also said that divers and trained dogs would be joining the search on Thursday.

The divers will follow by sea the route the 35-year-old woman is believed to have taken as per the signals sent by her mobile phone, he said.

Her partner on Tuesday made a plea through Antenna TV to Google and Facebook to trace the location of Christopher’s mobile phone through its signal.

Justice Minister Giorgos Savvides said he has offered assistance to Greek Minister of Citizen Protection Michalis Chrysochoidis, who assured him that the search crews on Ikaria were sufficient.

Meanwhile, a party of volunteers headed by former fire chief Markos Trangolas was also trying to get to the island but could not find seats on a flight.

The couple was scheduled to leave for Cyprus on Monday but Christopher went jogging in the morning and never returned.

Her partner said he woke up in the morning and she wasn’t there so he called her mobile and Christopher told him she was out jogging in the Kerame Ayios Kirikos area.

After she failed to show up, her partner called her phone again but there was no response.

He then called the police to report she had gone missing at around 12.40pm.

Greek authorities launched an air, land and sea search for Christopher, focusing on rugged areas. A helicopter used in the search is equipped with thermal cameras.

A second helicopter was sent out later Tuesday afternoon.

Police have sealed off the room where the couple was staying as part of the investigation into the disappearance.