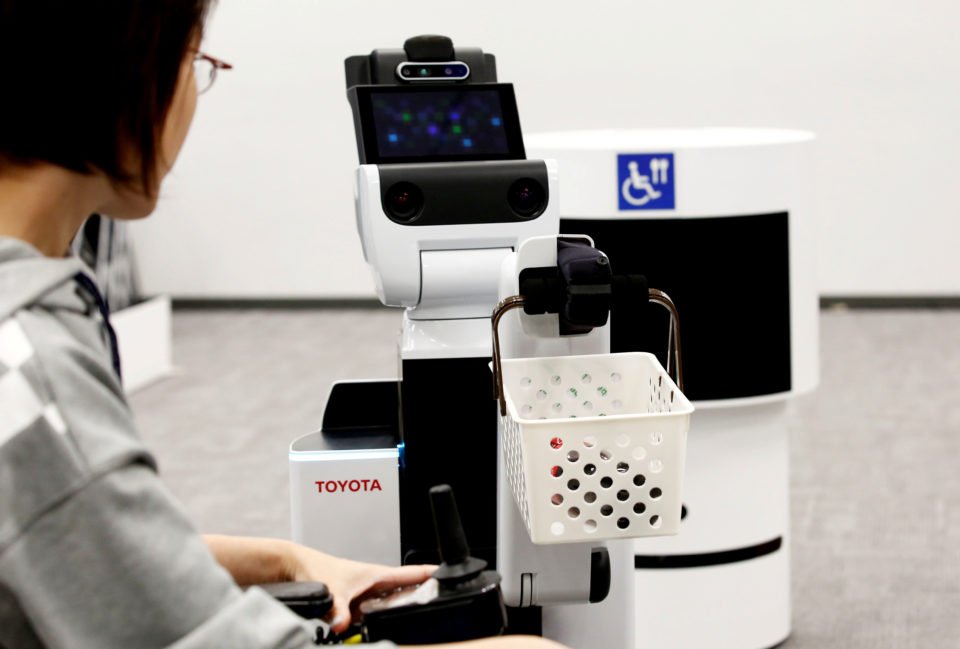 Toyota Motor Corp has designs on making robot helpers for your home, and has enlisted a Japanese startup that specializes in artificial intelligence to jump-start its plan.

Japan’s biggest automaker and Tokyo-based Preferred Networks Inc will carry out joint research to develop so-called service robots that are “capable of learning in typical living environments”, the companies said in statements on Wednesday.

The two firms have already been collaborating on driverless vehicles since 2014.

Eighty-year-old manufacturing giant Toyota is trying to transform itself and adapt to technology, such as ride-hailing and automated driving, that is disrupting the auto industry.

Toyota sees robots as part of that effort, particularly in Japan, where it aims to have them in homes and hospitals to support one of the world’s fastest ageing populations.

For the project announced on Wednesday, Toyota said it would provide a dozen units of its Human Support Robot, or HSR, to Preferred Networks.

The companies will cooperate on development over the next three years, including the sharing of intellectual property.

Preferred Networks is already using the robot as a platform for its advanced artificial intelligence software. At an exhibition in Tokyo last year the robot tidied a messy room, distinguishing between trash and dirty towels.

Toyota has been working on service robots since 2004, and has a number of models under development. But HSR is the one it sees as closest to being ready for commercial applications.

Basically a single arm on a wheeled base with a sensor-filled head on top, the robot will also be used at next year’s summer Olympic Games in Tokyo, to help with simple tasks such as fetching drinks for some spectators.