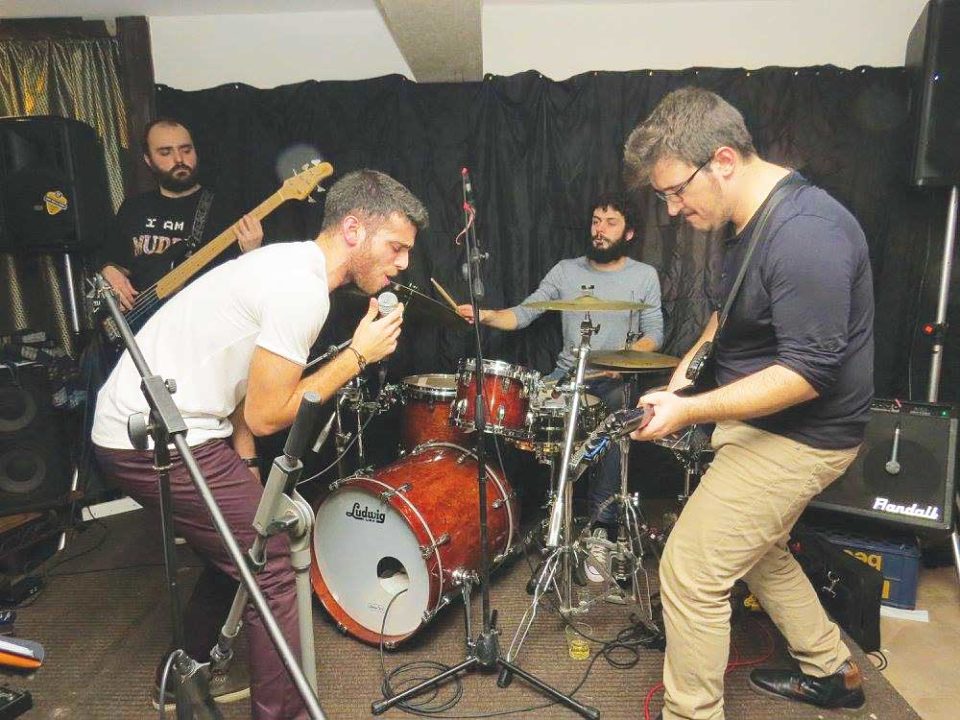 Maintaining a band while all its members live in different countries is difficult. The Muddy Street Blue, however, have managed to do it and although split between the US, Greece, Cyprus, Rotterdam and Austria, they commit to getting together at least twice a year to perform. All four musicians, Michalis, Christos, Costantinos and Panayiotis are set to perform on Friday, August 9, at the Amphitheatre bar in Deryneia and it’s probably their story and attitude that will steal the show.

“We all met under different circumstances,” says band member Christos. “Michalis and Constantinos met en route to their high school in a bus where they figured out that they were the only weird eleven-year-olds listening to Metallica. Christos and I met in the US at a Fulbright scholarship programme in 2006 where we bonded after performing some intense rock tunes at a retirement home in front of a few quite unimpressed elderly residents and Panayiotis was the missing puzzle piece that was found in a warehouse in Deryneia banging on drums next to piles of Redbull.”

Their passion for music brought them together, yet it’s their love for each other that keeps Muddy Street Blue still a band. Thanks to their unique chemistry, when they pick up their instruments again, they’re instantly back in the flow and that translates to their music as well.

“In a live show, it is a matter of using songs as tools through which we can improvise and express ourselves creatively at the moment. It is not about the songs per se. It’s about what we create through them at that moment and what we have to say. If you ever find yourself at one of our shows, we would expect that you may know many of the songs, but you’ve never heard them played in that manner.”

Formed in 2009, their music has evolved from covering Greek rock to classic rock, funk and RnB. Performing both Greek and English songs Muddy Street Blue says that the connection of the band members allows them to collectively create on the go.

“Any musical idea introduced into the mix goes, merely because we listen to and support each other so well on the spot. The immediacy, honesty and vulnerability in creating music are exactly what our audience responds to.”

It’s this that they’d like tonight’s audience to experience: expression, honesty and the whole spectrum of raw emotions. At their shows, anything goes. If you want to sing, sing. If you want to dance, dance.

Although it’s their first time at the Deryneia bar, Muddy Street Blue has performed all over the island from Avlaia, The Agora Project and Haratsi in Nicosia, to Seven Seas in Limassol and The Black Pearl, Koursaros, Serena bay, Blue Spice and others in Famagusta. Their aim with each performance?

“To inspire the next generation of very talented people that are abundant in our island to pursue their dreams both on and off stage because it is possible. If we have all pursued our careers in different countries while maintaining our active involvement with the band, then anyone can.”