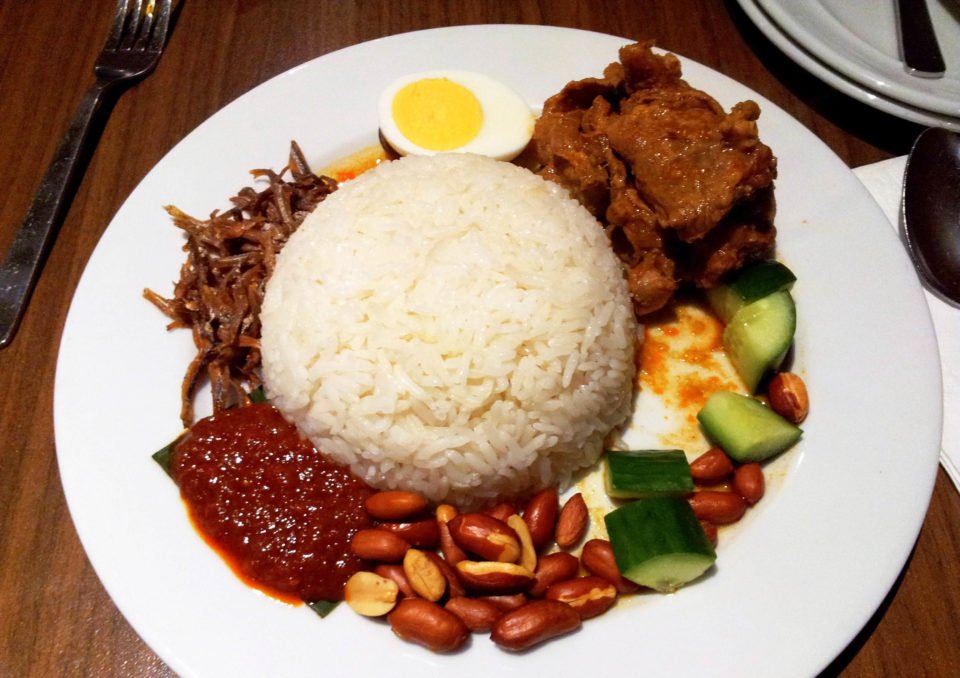 This is the country that bills itself as ‘Truly Asia’. And, if the cuisine is anything to go by, this may be a marketing campaign with some truth to it: there’s a real multi-cultural aspect to Malaysia, and the fare has been influenced down the ages by China, India, Thailand, Java, Singapore, Brunei…

The list goes on, a multi-ethnic melting pot of nationalities. Half the population is ethnically Malay, with large minorities of Malaysian Chinese, Malaysian Indians, and indigenous peoples, making this large island a mesmerising place both to live and visit.

Today, the nation may be best known for the man-made marvel that is the Petronas Towers, but this is also a land of natural wonders… About two thirds of the country is covered in forests and the ecology is off the scale in terms of diversity, it’s estimated to be home to more than 20 per cent of the world’s animal species!

But back to the cuisine and, true to form in this land of excess, there’s not one national dish, but three: nasi lemak, laksa and roti canai. The first is the most ‘official’; a meal that’s not just common to Malaysia, but also to neighbouring areas with significant Malay populations: Singapore, Brunei, and Southern Thailand. A fragrant rice dish cooked in coconut milk and pandan leaf, nasi lemak is traditionally served with a hot spicy sauce (sambal), and usually includes various garnishes, including fresh cucumber slices, small fried anchovies, roasted peanuts, and hard-boiled or fried egg, or alongside a more substantial protein-based dish such as ayam goreng (fried chicken), sambal sotong (cuttlefish in chili), small fried fish, cockles, and on special occasions rendang daging beef stewed in coconut milk and spices.

Slightly less official but still incredibly popular, we’ve got laksa: a spicy noodle soup consisting of thick wheat noodles or rice vermicelli with chicken, prawn or fish, based on either curry coconut milk or on sour asam (tamarind or gelugur). And lastly, roti canai an Indian-influenced flatbread dish that’s a huge favourite at breakfast, and a great street snack food that comes in all sorts of varieties served with curry, sardines, meat, egg, or cheese. But, to be honest, Malaysian cuisine is – like the country itself – so diverse, that these three dishes don’t even touch on the variety of tastes and flavours available. Truly Asia? Yes, it probably is.

‘I am very conscious about what I put into my body’

Ingredients we’ve become obsessed with over the last decade