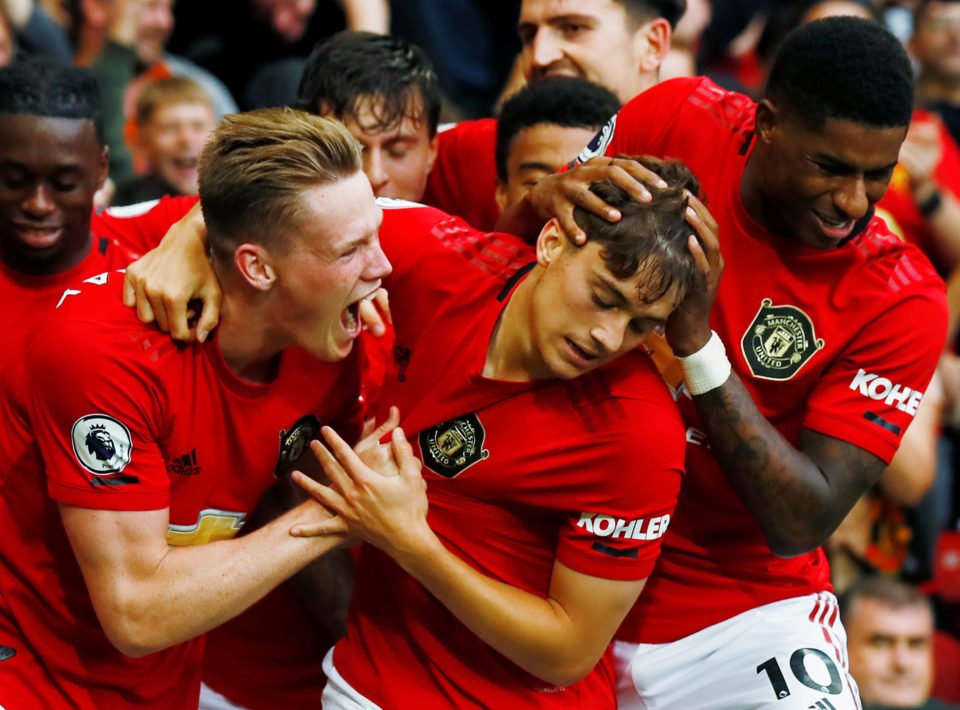 It was an awful start for the new Chelsea manager in his first league game on the bench for his old club as they struck the woodwork twice in the first half but paid for their defensive frailties.

Tammy Abraham crashed an early drive against the United bar but the hosts got in front with an 18th minute Rashford penalty after the England forward was pulled down by Kurt Zouma.

Chelsea, who had been the more creative in the opening half, went close to an equaliser when Emerson struck the post shortly before the break.

But the game turned decisively in Ole Gunnar Solskjaer’s side’s favour when, after a Rashford led counter-attack, Anthony Martial bundled in a low cross from Andreas Pereira in the 65th.

Two minutes later, Chelsea’s defence was again exposed when Rashford timed his run to perfection to latch on to a long ball from Paul Pogba and beat goalkeeper Kepa Arrizabalaga with a confident finish.

Substitute Daniel James, a close-season signing from Swansea City, then marked his United debut with the fourth, firing into the bottom corner via a deflection after being set-up by Pogba.

After a largely forgettable first half in which Newcastle were slightly the better side, Arsenal eased to a comfortable three points thanks to Aubameyang’s 58th minute strike.

Newcastle handed 40 million pound record signing Joelinton a debut up front and he showed some flashes of intent in the first half but the hosts fizzled out after the break.

The Gunners had to wait until April to keep their first away clean sheet in the Premier League last season, but looked solid as they opened their campaign in encouraging fashion.

The closest Newcastle came to scoring was in the first half when Jonjo Shelvey’s powerful shot glanced the upright.

Wolverhampton Wanderers had a goal by Leander Dendoncker ruled out by the Video Assistant Referee (VAR) in an entertaining 0-0 Premier League draw against Leicester City at the King Power Stadium on Sunday.

Wolves thought they had scored six minutes into the second half when Dendoncker blasted in from close range but VAR deemed that the midfielder had headed the ball onto team mate Willy Boly’s arm off a corner before taking the shot.

That was shortly after Raul Jimenez produced the game’s first shot on target but Wolves failed to get the breakthrough as the Mexico striker’s right-footed effort was easily dealt with by Leicester goalkeeper Kasper Schmeichel.

Leicester, who dominated possession in the opening period, missed a clear opportunity to take the lead in the 38th minute when Youri Tielemans fizzed a pass into the box but striker Jamie Vardy failed to connect at point blank range.

Wolves could have made Leicester pay for that miss seconds before the break but forward Diogo Jota lost his footing in a shooting position after he won the ball near the halfway line off a wild clearance and charged into the penalty area.

Leicester are at Chelsea on Aug. 18 while Wolves host Manchester United a day later.

2019 a difficult year for tourism but no need to panic, Deputy Minister says

Weather warning issued as temperatures to soar over 40C