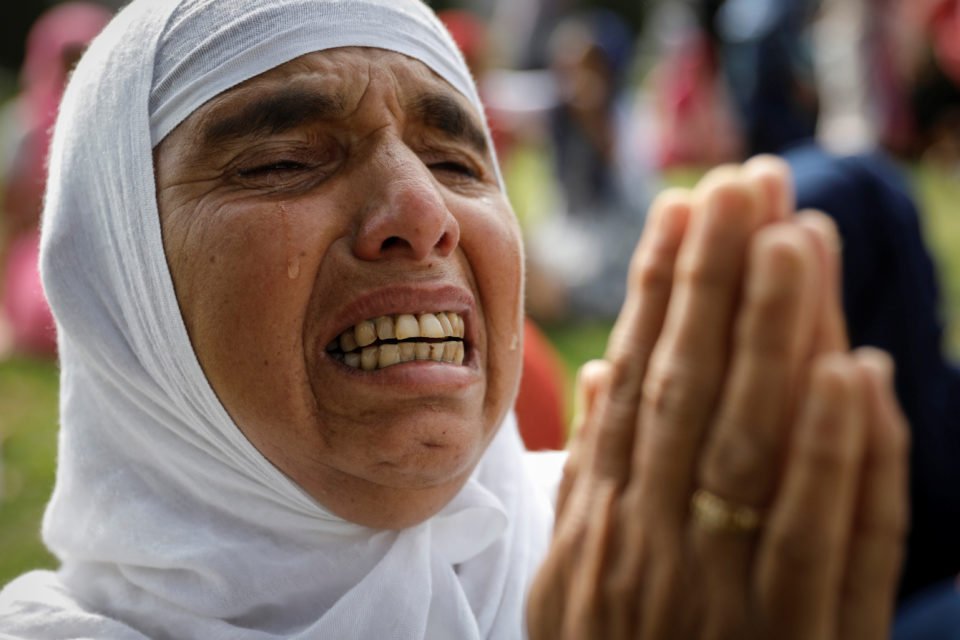 By Zeba Siddiqui and Fayaz Bukhari

Indian security forces kept disputed Kashmir’s biggest city of Srinagar largely locked down on Monday, the Muslim festival of Eid al-Adha, to prevent any major protests against a decision that scrapped the Himalayan region’s special rights.

Frustration is growing in Muslim-majority Kashmir, which is also claimed by Pakistan, over India’s move last week to curtail autonomy for the state of Jammu and Kashmir, including a bar on non-residents buying property.

Hundreds of people shouting anti-India slogans spilled on to the streets following prayers in the neighbourhood of Soura, the site of a big demonstration on Friday, but authorities largely sealed off the area and kept the protest localised.

“We want freedom, we are neither a part of India, nor Pakistan,” said Asifa, an 18-year-old woman who was among those protesting after prayers at the shrine of Jinab Sahib in Soura.

“Modi is lying to his people that the removal of special status of Kashmir is good for us,” she said. “We will resist it till our last breath.”

The voices of protesters chanting anti-India and pro-Pakistan slogans grew louder as the sound of helicopters swelled overhead, among at least three of the aircraft that hovered over Srinagar to keep vigil.

“There have been some isolated incidents of stone-pelting,” the Home Ministry said in a statement, but added they were of an “insignificant level”.

It said police dispersed the protesters and only one or two individuals suffered major injuries. It provided no further detail. The authorities say there have been no bullets fired by security forces.

Reuters reporters were among the many people stopped at roadblocks and kept from entering parts of the city on Sunday.

“In Srinagar, keeping in view the possibility of terrorists, militants and mischievous elements trying to disturb public order and peace, reasonable restrictions were imposed on large gatherings in sensitive areas,” the Home Ministry said.

People still gathered in mosques in large numbers in Kashmir on Monday, it added. However, in Srinagar, several major mosques and religious sites, including the famous Jamia Masjid mosque with a capacity of more than 30,000, were closed, and worshippers were encouraged to attend prayers in smaller mosques near where they lived.

“There are some mosques which are not open, that is because it is the view of the administration that is a sensitive law and order situation,” said an Indian government source in New Delhi.

The clampdown on communications remained in place for an eighth day, with no regular Internet, mobile phone or fixed-line links working. Virtually no independent information has emerged from elsewhere in the Kashmir Valley but Srinagar in the past week.

More than 300 regional leaders and activists remain in various forms of detention.

Residents said the rapt silence on the city’s streets was like nothing they had ever experienced before on the Eid festival. Even best-known areas, such as the city square, Lal Chowk, that would otherwise be crowded with people were empty.

Shops were shut, their shutters and walls carrying anti-India graffiti including, “Go India Go Back” and “We Want Freedom”.

Several paramilitary and police officials referred to the restrictions as a “curfew” in conversations with Reuters reporters. India’s official stance is that there are restrictions, but no curfew.

The restrictions in Srinagar were the city’s tightest ever, two paramilitary officials told Reuters on Monday.

Police and troops, many wearing heavy riot gear, dotted silent streets where checkpoints had been added around midnight, with more concertina wire laid out to create barricades.

The decision to tighten restrictions followed a meeting of the state’s chief secretary with district administrative and police officials on Sunday, a senior government official told Reuters.

“It was decided that the restrictions would be imposed on Eid to prevent gatherings that could turn violent.”

Many women were among the people seen breaking down in tears amid chants of “We want freedom” during the prayers.

“There have been some minor localised protests of a routine nature in a few places,” the Home Ministry statement said. “This is not unknown in Jammu and Kashmir in the past.”

Leaders in Kashmir had warned of a backlash against stripping autonomy from a territory where Islamist militants have battled Indian rule for nearly 30 years, leading to the deaths of more than 50,000 people.

Pakistan has downgraded diplomatic relations with India and suspended trade in anger at Delhi’s latest move.

The Pakistani government asked its citizens to observe the Eid festival in a “simple manner” this year to express solidarity with Kashmiris living on the Indian side of the divided region. There were prayers dedicated to Kashmiris in India.

Indian Prime Minister Narendra Modi’s Hindu nationalist Bharatiya Janata Party has long campaigned to abrogate Kashmir’s special privileges in the constitution, which it sees as a measure of appeasement to Muslims that hinders development.

The BJP and even some top opposition leaders have welcomed the decision to absorb Kashmir fully into India, and it has brought Modi support across the country.

On Monday, there were few signs of festivities, with many Srinagar residents saying they planned to skip the usual ritual of animal slaughter as they did not feel like celebrating.

“What are we celebrating? I can’t call my relatives to wish them Eid, we can’t go out to buy things. So, what kind of celebration is this?” asked Aneesa Shafi, an elderly woman entering a mosque in Srinagar’s Barzulla area.