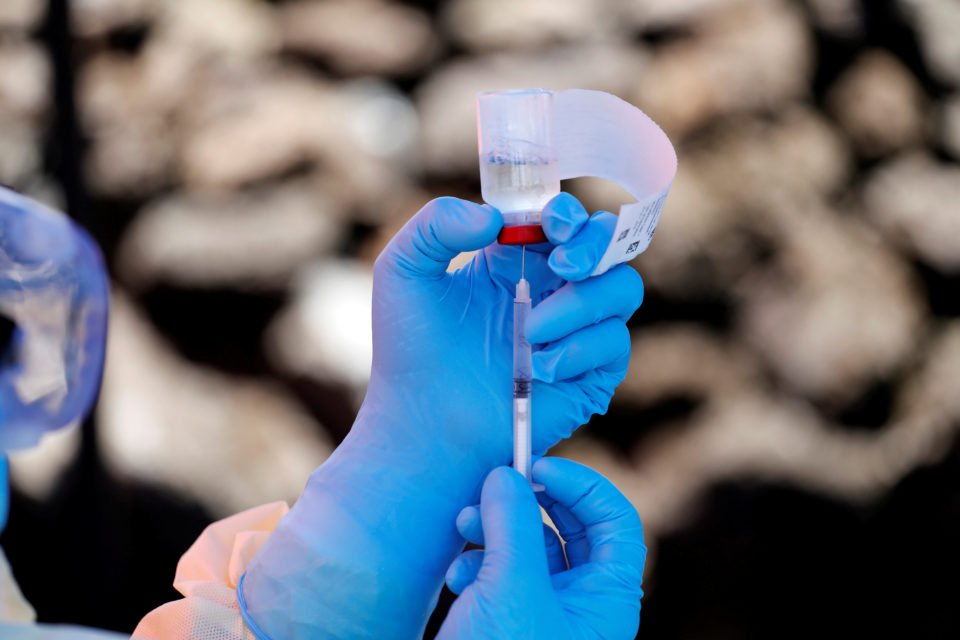 Scientists are a step closer to finding the first effective treatments for the deadly Ebola haemorrhagic fever after two potential drugs showed encouraging survival results in a clinical trial in Congo.

They showed “clearly better” results in patients in a trial of four potential treatments being conducted during the world’s second largest Ebola outbreak in history, now entering its second year in Democratic Republic of Congo (DRC).

The drugs improved survival rates from the disease more than two other treatments being tested – ZMapp, made by Mapp Biopharmaceutical, and Remdesivir, made by Gilead Sciences – and those products will be now dropped, said Anthony Fauci, one of the researchers co-leading the trial.

Fauci, director of the U.S. National Institute of Allergy and Infectious Diseases, told reporters in a telebriefing the results were “very good news” for the fight against Ebola.

“What this means is that we do now have what look like (two) treatments for a disease for which not long ago we really had no approach at all,” he said.

Ebola has been spreading in eastern Congo since August 2018 in an outbreak that has now become the second largest, killing at least 1,800 people. Efforts to control it have been hampered by militia violence and some local resistance to outside help.

A vast Ebola outbreak in West Africa become the world’s largest ever when it spread through Guinea, Liberia and Sierra Leone from 2013 to 2016 and killed more than 11,300 people.

The Congo treatment trial, which began in November last year, is being carried out by an international research group coordinated by the World Health Organization (WHO).

Mike Ryan, head of the WHO’s emergencies program, said the trial’s positive findings were encouraging but would not be enough on their own to bring the epidemic to an end.

“The news today is fantastic. It gives us a new tool in our toolbox against Ebola, but it will not in itself stop Ebola,” he told reporters.

Jeremy Farrar, director of the Wellcome Trust global health charity, also hailed the success of the trial’s findings, saying they would “undoubtedly save lives”.

“The more we learn about these two treatments,…the closer we can get to turning Ebola from a terrifying disease to one that is preventable and treatable,” he added in a statement.

“We won’t ever get rid of Ebola but we should be able to stop these outbreaks from turning into major national and regional epidemics.”

Some 681 patients at four separate treatment centres in Congo have already been enrolled in the Congo treatment clinical trial, Fauci said. The study aims to enrol a total of 725.

The decision to drop two of the trial drugs was based on data from almost 500 patients, he said, which showed that those who got REGN-EB3 or mAb114 “had a greater chance of survival compared to those participants in the other two arms”. (Reporting by Kate Kelland; Editing by Deepa Babington and Mark Heinrich)