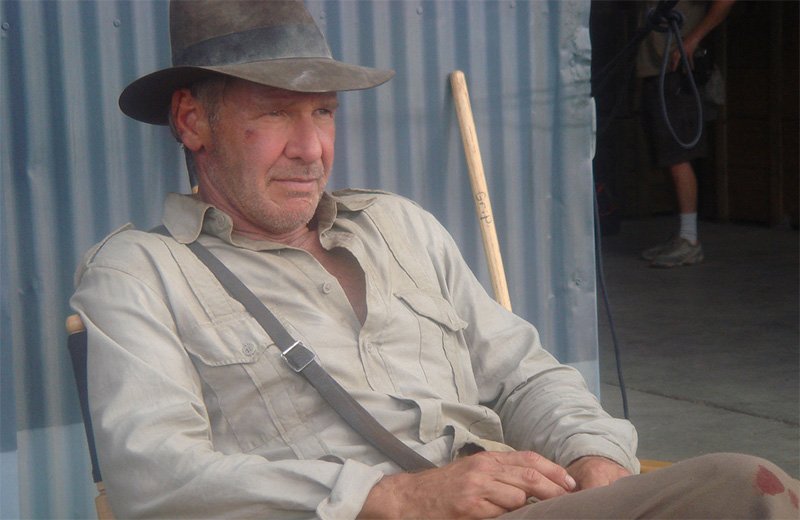 Here’s another instalment of ‘Through the Decades’, our summer feature going back through film history a decade at a time.

Indiana Jones and the Last Crusade

Honey, I Shrunk the Kids

Back to the Future, Part II

“If you build it, they will come” went the most-quoted line of 1989, from Oscar nominee Field of Dreams – but movies, by and large, didn’t ‘build it’ in the late 80s, a rather unimaginative time between the risk-taking 70s and the world-cinema boom of the early 90s. Today’s consensus places Spike Lee’s Do the Right Thing, an angry film about race relations, among the best American films of the year – but the Best Picture Oscar went to a more feelgood film about race relations, the more staid, more reassuring Driving Miss Daisy. It was that kind of year.

Admittedly, 1989 had what 2019 largely doesn’t: complex, ambitious mainstream dramas (‘made for grown-ups’, as they say), which are now an endangered species. Films like My Left Foot and Born on the Fourth of July – featuring full-on-committed turns by Daniel Day-Lewis and Tom Cruise, respectively – are aimed at the widest possible audience, not just the tiny sliver that watches serious films at the cinema today. Other bright spots included a violently pitch-black marital comedy (The War of the Roses), a bleak-yet-cool junkie movie (Drugstore Cowboy), and even a film about an advertising man who grows a second head on his shoulder (How to Get Ahead in Advertising).

Still, the two most influential films came from opposite ends of the budget spectrum. Batman, 1989’s biggest hit, wasn’t just a superhero film – which was unusual in itself, at the time – but a new kind of superhero film, self-consciously ‘dark’ (no longer aimed solely, or even mostly, at children) and trailed by endless tie-ins from T-shirts to lunchboxes. Meanwhile, sex, lies and videotape – the debut by 26-year-old Steven Soderbergh – won the top prize at both Sundance and Cannes, announcing the arrival of a new US indie wave. “It’s all downhill from here,” quipped Soderbergh – though in fact his film narrowly misses our eclectic Top 10. Here it is, along with 15 other films that marked the year.

1. DO THE RIGHT THING. ‘Fight the Power’. Radio Raheem, with ‘LOVE’ and ‘HATE’ tattooed on his knuckles. “Hey Sal! How come they ain’t no bruthas up on the wall?” Mookie, played by director Spike Lee, wondering what the “right thing” might be – MLK or Malcolm X? – in a film both riotously entertaining and even more relevant now (not just in its rage, but in its fair-mindedness) than 30 years ago.

2. TIME OF THE GYPSIES. Yes, it’s too long and yes, ‘Ederlezi’ does much of the heavy lifting; Emir Kusturica’s gypsy epic still achieves a grandiloquence few films have matched. The ending – gold coins on a corpse, then the little kid taking off in a cardboard box – kills me every time.

3. THE FABULOUS BAKER BOYS. Not a perfect film – but it does have Jeff Bridges at his most charismatic, plus Michelle Pfeiffer lounging on a piano-top singing ‘Makin’ Whoopee’. Sold!

4. KIKI’S DELIVERY SERVICE. Saccharine or magical? I vote (b). A (good) little witch on a broomstick, backed by a jaunty score, in a world where everyone turns out to be kind; Hayao Miyazaki’s endlessly charming anime is balm for the spirit.

5. CRIMES AND MISDEMEANOURS. “The last time I was inside a woman was when I visited the Statue of Liberty.” Woody Allen tells a moral tale, exploring the existence (or not) of a divinely-ordered universe, but doesn’t forget to bring the jokes. “Show business is dog-eat-dog. It’s worse than dog-eat-dog, it’s dog-doesn’t-return-other-dog’s-phone-calls.”

6. HEATHERS. “Whether to kill yourself or not is one of the most important decisions a teenager can make.” Yeah, they couldn’t make Heathers today… Razor-sharp, mordantly cynical, surprisingly goofy.

7. ROGER AND ME. Michael Moore, before he became insufferable.

8. MYSTERY TRAIN. “I feel a little discombobulated.” “Oh yes, I know the feeling.”

9. SANTA SANGRE. A circus freak, a pool of blood, a woman with no arms. I haven’t seen this film in 30 years, and I still remember it.

BORN ON THE FOURTH OF JULY (Oliver Stone)

THE COOK, THE THIEF, HIS WIFE AND HER LOVER (Peter Greenaway)

LIFE AND NOTHING BUT (Bertrand Tavernier)

THE WAR OF THE ROSES (Danny DeVito)

Athienou mayor calls for crossing opening in letter to president

Animal crime on the island brought into focus