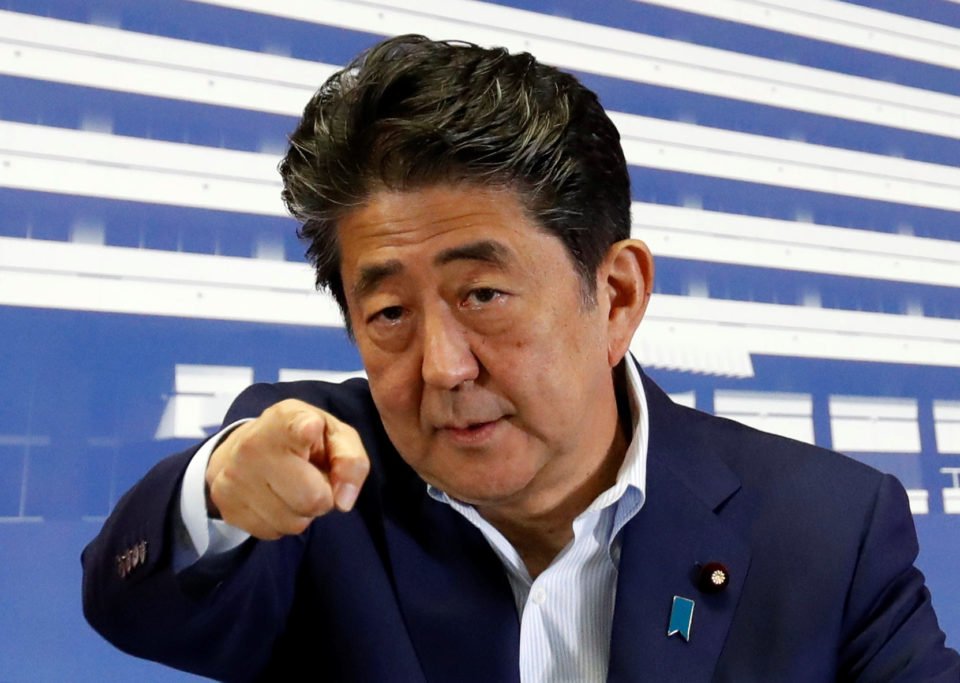 Nation-states, like four-year-olds, find it very hard to admit they are in the wrong and apologise. Adult intervention often helps, but all Japan and South Korea have is US Secretary of State Mike Pompeo (who tried and failed to mediate a week ago in Bangkok). So the trade war between the two grows and festers.

There are obvious similarities with the trade war that Donald Trump is waging against China, with Japan’s Prime Minister Shinzo Abe playing the Trump role: blustering bully with no clear game plan. Like the Trump trade war, too, the Japan-South Korea confrontation threatens to destabilise both East Asian security arrangements and the global market.

Yet the confrontation between Tokyo and Seoul is not really about trade at all. It’s about the difficult history of relations between an ex-imperial power, Japan, and its former colony, Korea.

Japan is existentially in the wrong in this relationship, because it seized control of Korea in 1905 and ruled it, sometimes with great brutality, until it was defeated in the Second World War in 1945. But Tokyo doesn’t like to be reminded of all that, and claims that it discharged whatever moral debt it owed when it paid $500 million to Seoul in 1965.

Koreans take a different view, of course, but the truth is that the victims of Japan’s wartime behaviour were sold out by their own government. $500 million was a lot of money, more than the South Korean government’s entire annual budget. The newly installed military-led regime in South Korea needed the money and accepted Japan’s terms.

Almost all the money went to building up South Korea’s new export industries. Japan offered to pay compensation directly to Korean individuals who had suffered forced labour and other injustices during the Second World War, but Seoul preferred to take a lump sum (and spend almost all the money on development). Many of the victims got little or nothing.

The resentment this caused was easily diverted onto Japan, which had driven a hard bargain and failed to accompany the compensation with an apology. Anti-Japanese hostility occasionally boiled over in notorious cases like the ‘comfort women’ (young Korean women who had been abducted to serve as sexual slaves for the Japanese army), but it is always bubbling away underneath.

Fast forward to last October, when South Korea’s supreme court ruled that the lump-sum, government-to-government deal of 1965 did not cover damages for the mental anguish of individual wartime labourers. Subsequent rulings have authorised South Korean individuals to claim compensation from the Japanese industries that used their labour by forced legal sales of those companies’ assets in South Korea

South Korea’s President Moon Jae-in did not seek this ruling from the supreme court, which is entirely independent. The court was clearly stretching the law almost to breaking point, but in practical political terms he could not disown it.

Japan, on the other hand, was horrified by the ruling. Accepting it would open to door to huge claims for compensation from people who had suffered ‘mental anguish’ from the Japanese occupation in all the other countries Japan invaded between 1937 and 1945. It also felt betrayed: half a century ago it had paid out a lot of money to extinguish any further claims like these.

There has never been much love lost between Japanese and Koreans, but the two countries have almost always managed to keep important issues like trade and national security separate from the emotional flare-ups that make the relationship so fraught. Last month, however, Prime Minister Abe completely lost the plot. He began imposing restrictions on Japanese exports to South Korea.

They are relatively minor restrictions. Three classes of chemicals essential to making semiconducters that South Korea buys from Japan now require export licences. A minor bureaucratic hurdle, unless Japan stops approving the licences (which it has not done).

More recently Japan has removed South Korea from its ‘whitelist’ of countries that are allowed to buy goods that can be diverted for military use with minimal restrictions. Again, no big deal. Just another little hurdle to cross, meant to rebuke and annoy South Korea, not to cause serious injury.

But it has been very successful in annoying South Koreans, who have spontaneously organised a quite effective boycott of Japanese-made goods. And petty though its origins may be, this confrontation is now raising the prospect that these long-established trading partners, both closely allied to the United States and both anxious about China’s rise and the threat of North Korea, are going to have a real trade war.

Which, with help from the bigger trade war Donald Trump started with China, may be enough to tip the world economy into a deep recession.