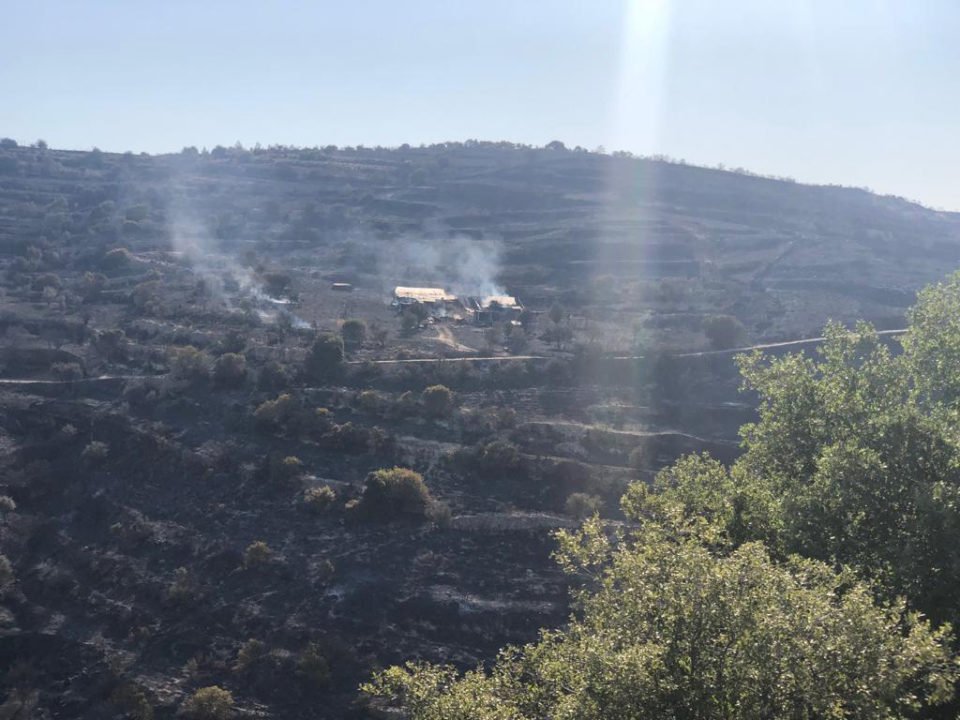 FIREFIGHTERS on Tuesday brought most of a large fire in the Limassol area under control, as a 49-year-old man arrested by police on suspicion of setting the blaze was remanded in custody for four days.

A fire service spokesman said there were some minor active fronts and firefighters were still on the ground working to secure the area, extinguishing small hotspots to prevent a reflash.

“The wind can overturn everything,” the spokesman said, striking a note of caution.

Forces will remain in the area, perhaps for days, as a precaution, he added.

The fire broke out on Monday noon in the area between the villages of Malia and Pachna. A large force, including several water-dropping helicopters, fought the flames all day and it was eventually put under control in the early hours Tuesday.

It burned over 2.5 kilometres of wild bush, pine trees, and various crops. The flames also destroyed around a dozen power pylons and cables.

Police arrested a 49-year-old man, a resident of the area, on suspicion of setting the fire deliberately. The man, who denies involvement, was seen moving suspiciously in the area. The suspect claims he was not in the area at the time.

“Fortunately, the weather conditions helped us,” he said, adding that firefighters were now dealing with potentially dangerous spots.

Responding to claims there had been a delay in tackling the blaze, the minister said mobilisation was immediate, using the highest possible number of units.

The fire service denied there was any delay in its response to the blaze, as was suggested by some of the locals.

In a written statement, spokesman Andreas Kettis said the call came in at 11.40am and the service immediately scrambled seven engines and 20 firefighters to the area.

At the same time, orders were given for two helicopters and two forestry department aircraft to take off, Kettis said.

The service also notified all other departments in line with protocols – the forestry, game fund, Limassol’s district administration, and civil defence, the statement said.

Based on the terrain and the wind speed, the officer in command at the scene decided to summon additional ground forces from other districts, taking into account that ample firefighting units must remain in place in other areas where the fire risk was high, Kettis said.

The fire service units in the area totalled 18 engines and 48 firefighters, assisted by 20 additional vehicles and 72 firefighters, Kettis said.

Ten aircraft were also flying missions in the area.

All units in the area were operating based on an action plan, which was adjusted accordingly depending on developments on the ground, the statement said.

Owners of vineyards damaged by fire to be compensated (updated)

Beer consumption up in July