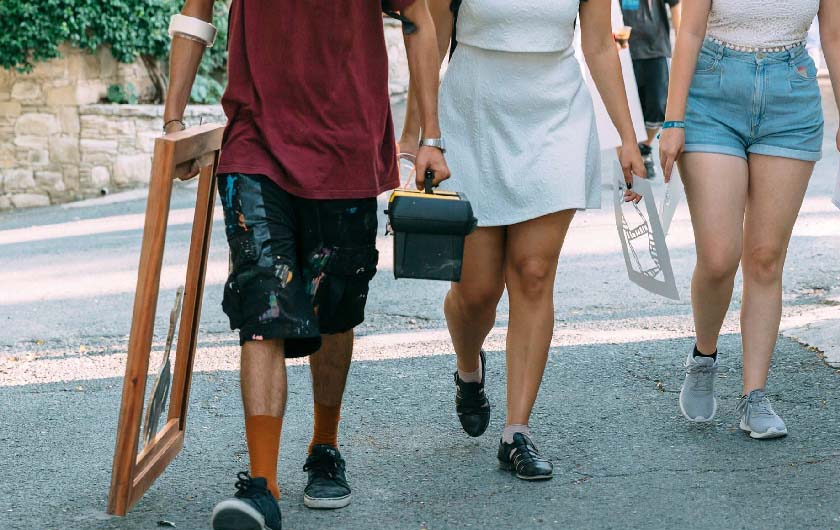 Polystipos. It’s not the most charming place name on the island, but what this mountain village lacks in nomenclature it makes up for in aspect. Located in the Nicosia district just a couple of kilometres north of Agros, it’s one of the highest hamlets in Cyprus, known as a haven of peace and quiet. But come August, that’s all going to change. Because, for the first time ever, the village will play host to one of summer’s most intriguing events: the Xarkis Festival.

Xarkis (which means ‘starting all over again, or ‘reset to default’, according to organisers) takes place on August 16, 17, and 18, 2019. This is the seventh iteration of the primarily arts-based event; a celebration of “experimental music fiesta, workshops, open-air performances, games, exhibitions, screenings, installations and concerts.”

The main idea behind the celebration is the Artists’ Residency programme, which runs from earlier in the month and yields fairly spectacular results during the three days of the actual festival… “Last year, the Artists’ Residency and Festival focused on the themes of ‘bottom-up heritage’, ‘symbiosis’ and ‘hybridity’,” organisers explain. “Starting from these ideas, we’ve put together a 2019 festival programme which questions, disrupts and re-evaluates the theme of Borders.”

Thus we get any number of projects from artists both local and foreign, including Argentinian Emilio Aguilar, who will be “using Google Translate as an active collaborator in creative writing to prove the ways in which algorithms destroy the classic borders between material and conceptual elements of the voice”; guitarist Giorgos Bizios exploring “the rather dark boundaries of borders through improvisational sound”; and Siedl Cao, Thanh Lan and Grgor Siedl in an Austro-Vietnamese collaboration presenting “a participatory interactive sound installation for audience gestures, shadows, light sensors and sound synthesis.” 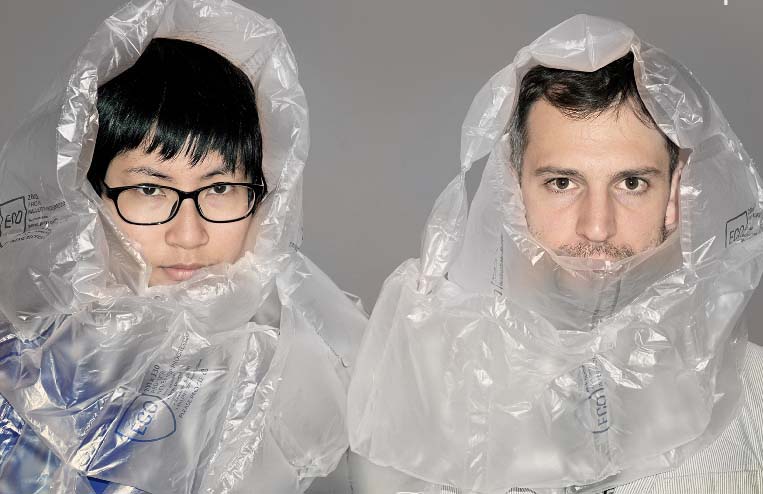 There’s also Spaniard Claudia Toran delving into the borders of sound in an audio-visual installation; Marvina Siniari and Paula Martina Sancho in collaboration with village residents in the creation of a public living room; and Petr Laden and Masha Fomenko facilitating a participatory workshop leading to a collective performance optimistically entitled Great Circus of Failure.

There’s a great deal more of this sort of thing going on: audio visual walks which offer “an unprecedented experience and view of the village through a semi-fictional narrative”, and “filmed moments in which women or families will eat dinner”; the kind of thing that makes you wonder why you haven’t thrown in the 9 to 5 and put brush to canvas yourself.

But perhaps the crux of the artistic matter gets lost in the telling, and the whole thing is more comprehensible when actually seen… If you’re an artist yourself, you’ll no doubt understand what it’s all about. And for those of us who just want to rock up and marvel at how the other half live, the Xarkis Festival promises to be quite an eye-opener!

There is however, one event which we’ll all understand. At the close of play, we’ll be treated to a concert which centres on “the interaction and improvisation of musicians who represent different traditions and generations.” With instruments ranging from the traditional (flute and clarinet) to the obscure (zurna and davul), this inaugural concert aims to “remind us that music as an art and as a form of communication has the special quality of bringing people closer, eliminating all borders we may have within.”

Should you be interested in all that’s happening, there’s a full programme of events on the website, which details “5 hands on workshops, 2 film screenings, 3 spatial installations, 3 neo traditional games, a pop up coffee shop, and picnic, camping, accommodation options” as part of the “participatory, interactive program of events for people of all ages and backgrounds.” So even if the intrigue of art holds no sway, there’ll still be plenty to enjoy at this summer’s Xarkis Festival. Not least, according to organisers, “an immersive experience in the beautiful local village of Polystipos.”

Takes place in Polistipos village from August 16 to 18. For more information, visit https://xarkis.org/

Owners of vineyards damaged by fire to be compensated (updated)