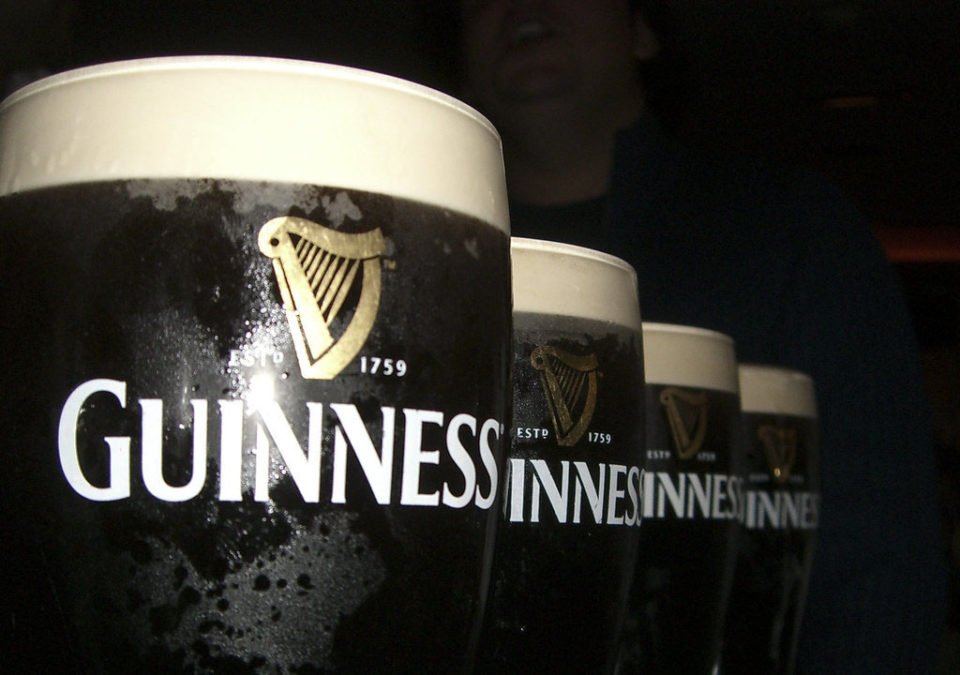 In a queue at a Nicosia hospital (pre Gesy) a woman made an enquiry of the person registering us. The public servant was obviously bored with serving her public and snapped, ‘Get behind the Inglesa and wait.’

‘If you mean me,’ I asserted, ‘I’m not British; I’m Irish.’ Her look told me she didn’t give a fiddlers if I was a fugitive from the lower belly of The Frankenstein Chronicles, it wasn’t her identity that was under question.

The Chinese have a martial arts form called the drunken master. The martial artist pretends to be uber-boozed to deceive his opponent. I thought of it when I got out of bed and wobbled as though I had imbibed a wee drap too much of the uisce beatha, Irish for whiskey, the water of life. I hadn’t been on the hard stuff the night before; vertigo had crept in under cover of sleep. My head was being blender-swirled towards Mars by mischievous gravitational forces as my stomach responded with the urge to gag. My dog, regardless, wanted out. Nugs has as much road sense as a suicidal hedgehog, so I staggered to close the gate before tottering back to my dark bedroom. My neighbours, who know I’m Irish, might have been justified in thinking I had a hangover. The Irish are all heavy drinkers, right?

One morning a nice neighbour passed me and did a double take, startled as if to say, ‘This early in the morning?’ And no wonder; I was holding a large beer can in my hand. It was empty but he couldn’t know that. There’s an old woman who walks for miles picking up empty cans on which she earns a few cents. I always carry a bag while walking my dog and if I find any cans, I gather them and leave them at a spot she knows, one old girl helping out another.

Standing in an end-of-month-bank squash, a flabby-jowled old gent whose face might have been a reject mask from Mission Impossible started jocularly moaning that the queue might soon do a Fred Astaire routine up the walls and the ceiling. Then he asked, ‘Where are you from?’ When I told him he informed me knowledgeably that my fellow countrymen wore boots with thick soles in some regions to keep out the heat of the volcanoes. I repeated slowly, ‘Ire-land, not Ice-land.’

The next (usual) dig was – how much we Irish love alcohol, ‘That cheap black stuff you all drink in glasses as big as buckets.’

‘Guinness?’ I enquired, ‘Are you sure you’re not confusing us with Germans who like their beer in large steins?’

‘Guinness? No, that’s not it.’ His gaze dripped pity over my ignorance. Was he still thinking of Iceland where, he insisted, there is no winter and boots burn from heat? Is there some cheap black drink Icelanders consume from buckets like thirsty camels to soothe their sore tootsies? I must ask my Icelandic friend. A Cypriot queue-inhabitant said, ‘It’s not just the Irish. We love our summer beer; the Russians have their vodka and the Swedes also drink hard when it’s dark and cold.’

‘Swedes don’t get drunk’, Mr. Over-Genial guffawed, ‘they’re too civilised. Besides, they have free electricity when it’s cold.’ Soon I began to wonder how I could contact The Men in Black because the more this boyo talked the more muddled his general knowledge, his geography and climates became. Could he possibly be some dumb, shape-shifting alien who failed his exam in stereotypes? And how do stereotypes evolve? In old Ireland life for many was bleak, what to do after a hard day’s work? Gather some friends for a sing-song and a few slugs of poteen, a potent homemade brew. I tried to tell our yappy q-sharer that I don’t like whiskey; he told me of course I did. It was all right to call me a liar as long as he was laughing his silly prosthetic-looking head off. A taxi driver who once grilled me as to origin cried, ‘You must hate the Brits! They messed up your country like they did mine.’

I told him I have British friends I care about, and for me it’s not political to insist on identity, it’s cultural. I told the gabby gent the same thing. I hope he reported back to the mothership, or wherever he escaped from, for some badly needed re-programming. Or maybe he just had a drap too much of that unnamed black stuff!