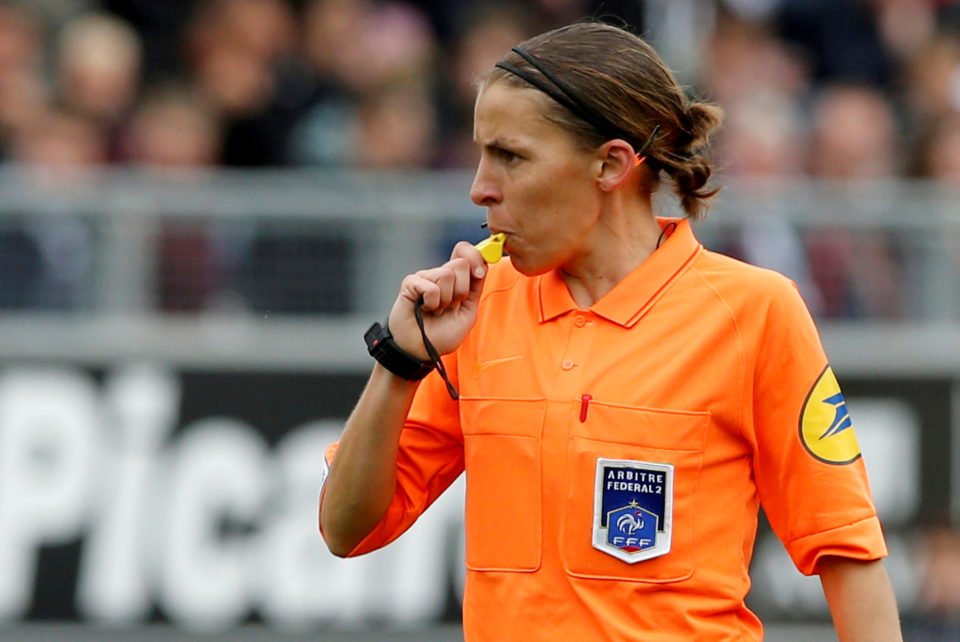 Liverpool manager Jurgen Klopp has hailed the appointment of France’s Stephanie Frappart as the first woman to referee a major UEFA competition final as a “historic moment”.

Frappart will take charge of the Super Cup between Liverpool and Chelsea on Wednesday, and she vowed to prove female officials are just as effective as their male counterparts.

Asked for his verdict on the decision, Klopp gave it a resounding thumbs-up.

“Finally – it’s time. I’m happy to be a part of this historic moment. It’s a smart decision to have women referee a very, very important game. It’s the first time, but I hope it’s not the last,” said the German, who guided Liverpool to their sixth European Cup title last season.

“I’m really sure we will try to not make the game any more difficult than it will be (for the officials). I will show my best face if possible, otherwise my mum would be angry,” he joked.

Frappart, 35, will be assisted by her French compatriot Manuela Nicolosi and Ireland’s Michelle O’Neill.

The trio have worked together at bigger matches – they were in charge of this year’s Women’s World Cup final in France – but there is no doubt they will be under intense focus at Istanbul’s Vodafone Park.

Asked if she was afraid of being “double criticised” for any mistakes made, Frappart said it was time for female referees to show they are as good as the men.

“We have to prove ourselves technically and physically that we are the same as the men. We are not afraid about wrong decisions. We are ready,” she told a news conference.

Frappart, who in April became the first female referee in France’s Ligue 1, also dismissed the idea that it was more difficult to officiate a men’s game.

“I think there is not a lot of difference because football is the same. It’s the same rules so I will do the same as the women’s game,” she added.

Chelsea manager Frank Lampard said he was pleased to be part of a moment in history.

“I think the game has come on a long way in many ways, in terms of the women’s World Cup which we all watched this summer, in terms of how much respect the game’s getting, how many people are watching it and the interest in the game,” he said.

“I think we were very slow everywhere on this and now we are trying to make strides, and there’s still a long way to go but in terms of tomorrow I think it’s a huge moment.

“Its a historical moment that is one more step in the right direction.”

Fourth official and Turkish referee Cuneyt Cakir supported the trio, saying: “They are brave, they have courage, they don’t hesitate to give unpopular decisions – you will see tomorrow.”

UEFA said separately that it had also invited to the game two Italian women referees, Annalisa Moccia and Giulia Nicastro, who had experienced sexist behaviour at recent domestic matches.

“We strongly condemn any form of sexist, discriminatory, derogatory or abusive conduct towards female referees,” said UEFA President Aleksander Ceferin in a statement.

The man who can woo the super-rich

Woman arrested for stealing from landlord