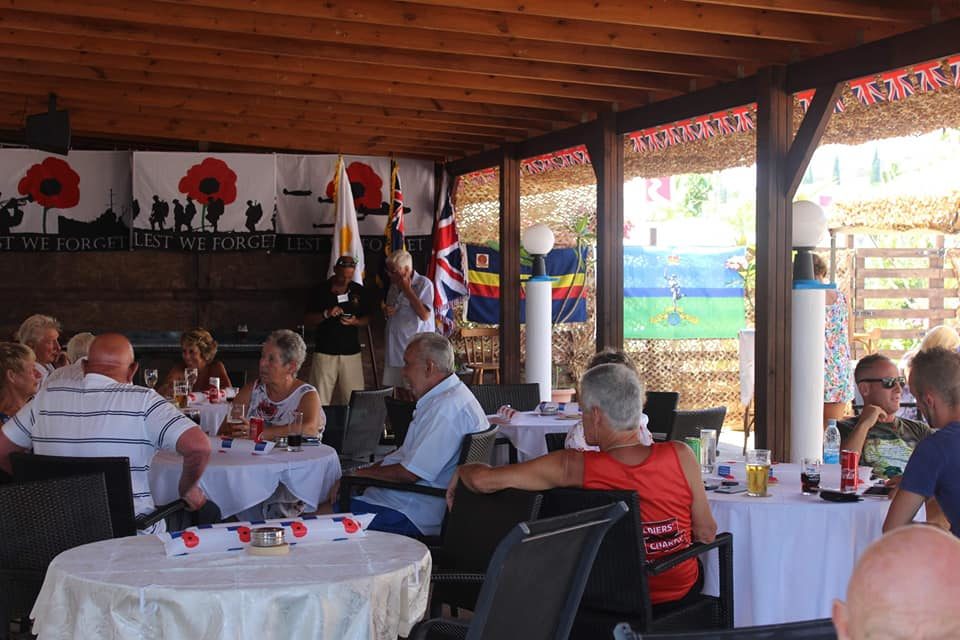 Inside The Legion which opened last month

Just over five weeks ago a brand-new themed pub opened in Peyia in support of the Royal British Legion in Paphos.

The idea belongs to branch committee member, Tony Thraves, who is ex forces and wife Lorraine, ex police. They have owned and run bars in both the UK and Cyprus before. Their opening event raised over 900 euros for the Royal British Legion Paphos branch and will be put to good use on the island, Thraves said.

“I like to support the RBL here. The money stays here to help people here in Cyprus. In the UK I never saw what happened, here it’s more visual you can see where the money goes and it’s a much nicer feeling.”

The Royal British Legion is the UK’s leading armed forces charity and one of its largest membership organisations. Membership is open to everyone that has an interest in the objectives of the RBL and wants to help and support those who have served and their families.

“We welcome men and women of all ages, whether they have served in the armed forces or not,” he said.

The decorated bar also has poppy appeal boxes and the duo arrange fund raising events every other month in addition to four or five larger events which occur annually.

The next ‘big’ event is on September 21, which is the anniversary of Operation Market Garden.

This year, 2019, commemorates 75 years since the failed World War II military operation which was fought in the Netherlands from September 17 to 25,1944.

“One of our customers’ grandfather was one of the last to get captured and he will be bringing in his grandfather’s pay books, and other memorabilia, such as the items showing the date that the Americans liberated him,” said Thraves.

The Paphos resident was a sergeant in the tank regiment and has been in Cyprus for the last eight years and has organised many fund-raising events for charity. He has been a member of the British Legion in the UK since 1992.

“I was arranging the dos and selling the tickets at pubs all over Paphos and thought why don’t we do this ourselves. I was taking down all of the camouflage nets, decoration and memorabilia and thought why not find a place to keep it up permanently, and we did.”

The branding of both the pub and the RBL is very similar and Thraves ran the idea past the committee of the Royal British Legion in London to check that he wasn’t breaking any rules. The overseas secretary got back to him and said everything was fine, he said.

At the next annual general meeting in October, the pub is hoping to be voted as the official home of the Royal British Legion in Paphos. Meetings already take place at the venue. It’s just to make it more formal, he said.

Most of The Legion Coral Bay’s customers are expats living in Cyprus, and the venue isn’t aiming at the tourist market. The Paphos branch of the RBL proper currently has around 70 to 80 members.

The venue is open every day from 9am to 12 pm and serves drinks and bar food, such as, breakfast, Sunday lunch and pub grub.

Thraves is also the proud owner of a stunning, eye catching 4×4 truck, a treat for himself, which is airbrushed with tanks and all sorts.

“The army has been my entire life since I was 15, I joined as a boy soldier and I do miss it sometimes,” he said.

Our View: The farce of politicians’ asset statements must stop