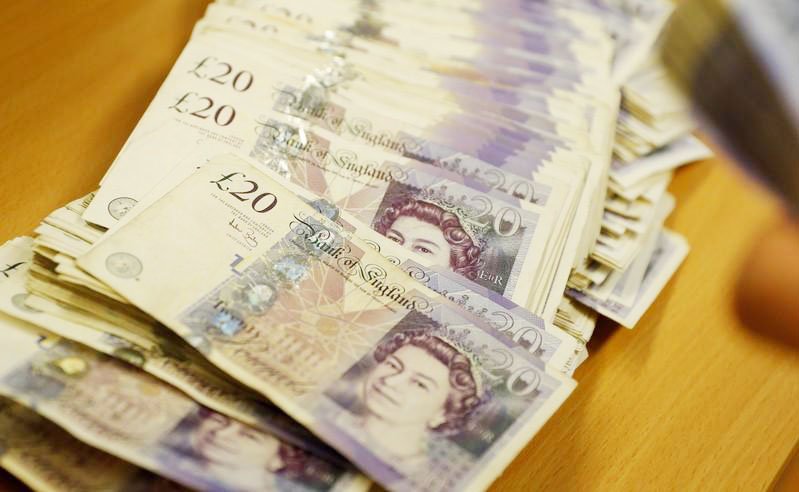 The pound advanced broadly on Friday, notching up its biggest daily rise versus the euro in nearly six months as a combination of news and decent data provided enough ammunition to speculators to buy the struggling British currency.

After being hit by growing concerns of Britain crashing out of the European Union without a deal by Oct. 31 after arch-Brexiteer Boris Johnson became prime minister last month, the pound saw a brief reprieve this week.

The pound advanced only to an eight-day high versus the greenback, but jumped 1% against the euro currency , its biggest single day rise since late March.

Though traders are wary of seeing too much upside for the currency especially before the British Parliament resumes duties in September, investors see as a positive sign a growing opposition from Britain’s political parties to Johnson’s promise to take Britain out of the EU with or without a deal.

“This is an odd week for the pound especially in the latter half given the weakness in the euro after the Olli Rehn comments yesterday which has widened spreads,” said Kenneth Broux, a strategist at Societe Generale in London.

European Central Bank’s Olli Rehn told the Wall Street Journal on Thursday that a significant easing package was needed in September, fuelling expectations for more ECB easing and adding to momentum to a huge bond market rally in Europe.

Rehn’s comments pushed out spreads between British and German comparable 10-year bond yields to near two-month highs at 116 bps.

Economic data has also been favourable this week.

British retail sales unexpectedly expanded in July and signaled that consumers were taking the prospect of Brexit in their stride for now, helped by firm wage data and modest inflation pressures, according to data released earlier this week.

“This suggests consumer spending is still holding up and still supporting the economy even though overall output contracted in the second quarter,” said Marshall Gittler, chief strategist at ACLS Global.

“It ties in with the relatively high wage growth that we saw earlier in the week.”

Versus the dollar, the pound rose for a second consecutive day, up 0.7% at $1.2168 and is poised for its biggest weekly rise since late June.

While derivatives indicate market players may be trimming back some short sterling positions, the currency’s prospects remain clouded by the risk of Britain exiting the European Union without a divorce agreement.