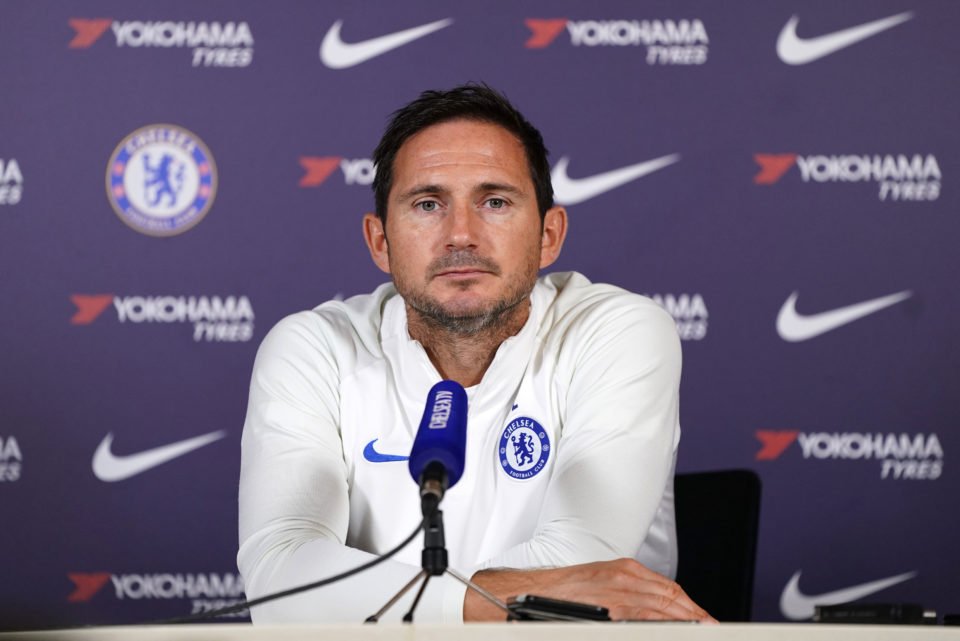 The England international saw his penalty saved in the shoot-out in Istanbul on Wednesday night and was targeted on Twitter as a result.

A Chelsea spokesman described the posts as “abhorrent”, with the club promising the “strongest possible action” if any of their fans are proven to be involved, while Kick It Out also condemned the actions.

Speaking ahead of Sunday’s Premier League visit of Leicester, Lampard also spoke out about the incident and said he was left “disgusted” by one particular post.

“Obviously Tammy is disappointed,” he said. “Who wouldn’t be? He’s more than disappointed, that’s probably the wrong word. I am particularly disgusted by the (one) so-called Chelsea fan.

“To see the different ends of the spectrum of the evening: Tammy Abraham asked me to take the fifth penalty because he wanted to take it, wanted to stand up and be brave on a big night when the world is watching.

“At the same time, within moments or hours afterwards, somebody sitting behind a keyboard or a phone has said the most disgusting things possible.

“I don’t know how these platforms are allowed that you can do it. It is too easy to be done. Something needs to be done as well as people changing their mindsets completely.

“That might not be easy with everybody but I am so angry for Tammy, angry for us as a club because that’s not what we are about.

“The club does a lot of work against discrimination of all levels and it is a setback when these things happen.”

Abraham came off the bench in the 2-2 draw with Liverpool having started the Premier League opener last Sunday – hitting the post in the 4-0 loss at Manchester United.

Lampard believes the 21-year-old has the right character to deal with the issues as he settles into life in the Chelsea first-team set-up following a succession of loans.

“I have spoken with Tammy, he is a strong character,” added Lampard. “I love his character and he is infectious around the place.

“He is a confident boy on the pitch, he wants to do well for this football club and he has an opportunity to do that this year.

“He is a great, great young lad and his football career is ahead of him, he has experienced something that is not right on all levels, it will be a test of his character that he doesn’t need but he has got great character.

“I think Tammy is always desperate to score, that is one of the things I love about him.

“He is hungry, he wants to score in training, in five-a-sides, in shooting practice – but he needs to be relaxed at the same time as that.”

While it remains to be seen if Abraham comes back into the team for Lampard’s first home game in charge, he has Antonio Rudiger and Willian back in contention after the pair returned to training.

After two defeats in his opening two competitive games in charge, Chelsea’s all-time record goalscorer will be hoping his first outing at Stamford Bridge can lead to a positive outcome.

“I’m proud to manage this club,” he said. “I’ve been back a few times and had great support so it will be an emotional, special day for me but the important thing is that we win the game.

“There were good parts of the Man United game that got lost in the result but not lost on me – against Liverpool, we played one of the top teams in the world and really matched them.”