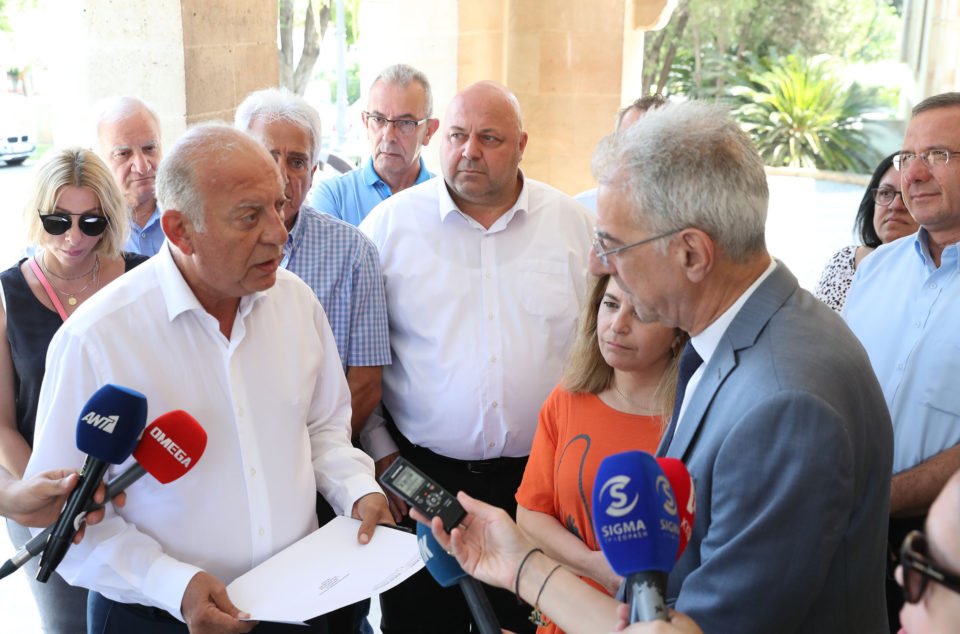 A delegation of the Morphou municipality and residents from the town on Friday handed over a resolution to the five embassies of the permanent members of the Security Council calling on them to help find a solution to the Cyprus problem so all refugees can return to their homes.

The handover to the embassies of the United States, Russia, China, France and at the British High Commission by Morphou mayor Victoras Hadjiavraam marks the 45th anniversary of the Turkish occupation of the town on August 16, 1974.

“We demand a functional and sustainable solution to our national issue, which must ensure peace and prosperity for all the inhabitants of the Republic of Cyprus, allowing all refugees to return to their homes without discrimination and restricting criteria, without guarantees and invasive rights by foreign countries, without foreign troops and without settlers,” the resolution said.

In the document, the signees also seek to clarify the fate of all the missing and ask to force Turkey to submit all information the country has which may lead to finding them.

In remarks outside the Russian embassy, the mayor said the residents call for the solution of the problem because generations have already been lost.

“Certainly the solution to the Cyprus problem should be based on UN resolutions, so today we are here to deliver our resolution on this basis in order to call on the five permanent members of the Security Council who have the power to create the conditions for a solution now,” he said.

Head of the Green Party Giorgos Perdikis, who accompanied the group, said the party supports the request of the Morphou municipality.

Former MEP and former Mayor of Morphou Antigoni Papadopoulou commented that “for forty-five years we have been knocking on doors and every year those doors are closed.”

“I dare say as a refugee Morphou resident that it is time for action, because our occupied land is being Turkified, there is Islamisation and unfortunately neither the UN nor the EU have actually stood by us,” she said.

During the day, the delegation will deliver resolutions to the European Commission in Cyprus, the Presidential Palace and the House of Representatives.

In addition, a commemoration event is planned for this evening, starting with a march at Ledra street at 6.30pm.

At 7pm, a funeral service will be held for the missing, and government spokesman Prodromos Prodromou will hold a speech.

The event will close with the laying of a wreath.