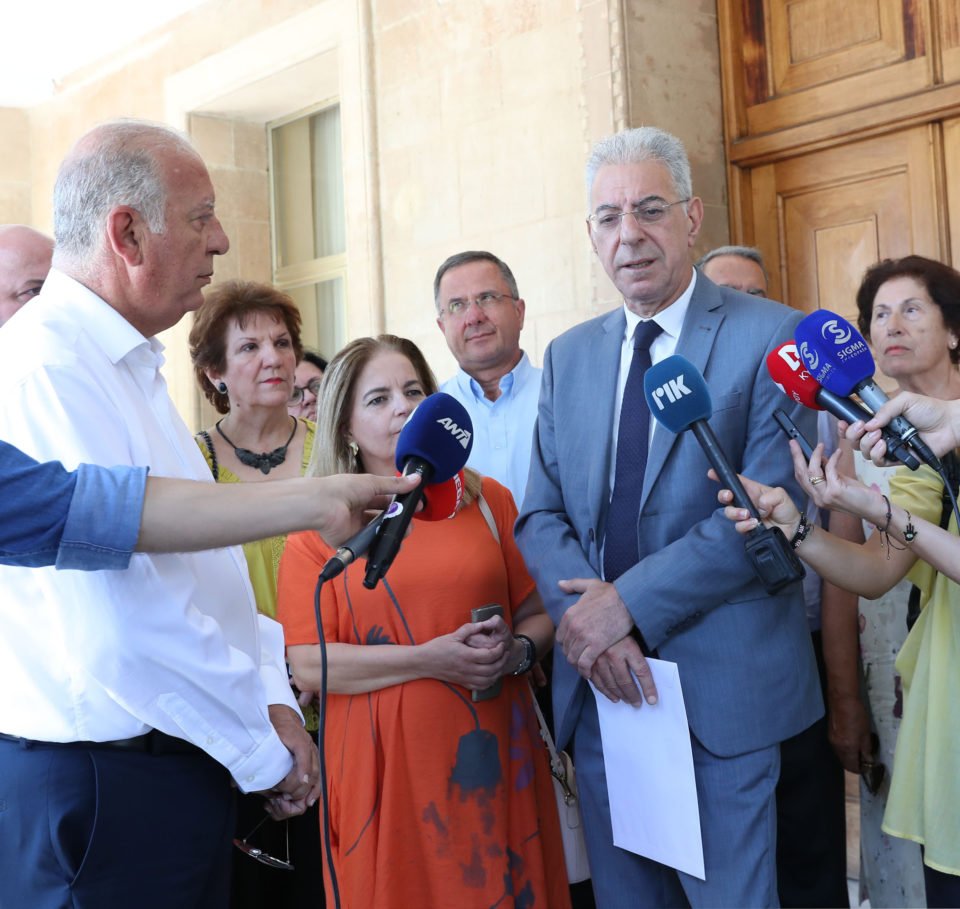 Nicosia does not wish to enter into the rhetoric of tension which Turkey seems to choose, and President Nicos Anastasiades is currently focused on consultations with the UN with a view to going back to the negotiating table, Government Spokesman Prodromos Prodromou said on Friday.

Invited to comment the Turkish provocations in the island’s Exclusive Economic Zone (EEZ) and territorial waters, as drilling ships Fatih and Yavuz remain anchored off the island’s coast, as well as Turkey’s military exercises to the south and west of Cyprus, Prodromou said that the government is following these developments without making any comments, and without adopting so-called ‘megaphone diplomacy’.

He underlined that Turkey must show in a tangible way that it is in favour of a Cyprus settlement through peaceful means, through UN-led negotiations, and certainly not with illegal interventions by which it creates instability and tension.

Prodromou said that negotiations require the appropriate climate, noting that the UN Secretary General Antonio Guterres has stressed that any actions that create tension must be avoided. “We therefore expect from Turkey to respond to these calls,” he added.

He said that the leaders’ meeting on August 9 and Turkish Cypriot leader Mustafa Akinci’s expressed intention to move forward with the resumption of the negotiations is certainly a good sign, as long as when the preparation which the UNSG wants is fulfilled, Turkey will show in a tangible way that it will contribute to the creation of the appropriate climate for the negotiations.

Responding to another question, Prodromou recalled that Anastasiades and Akinci have expressed their readiness to jointly meet with the UN Secretary General.

What remains to be seen is whether the UNSG will extend an invitation for such a meeting in New York, where President of Cyprus will be in September for the UN General Assembly.

Prodromou reiterated that the President is ready to meet and talk to the UNSG and Akinci, so that “the resumption of the negotiations will be well-prepared as our goal is.”

Turkey announced its intention to start drilling off Cyprus and in May sent the drill ship Fatih, which remains anchored 36 nautical miles west of Akamas peninsula, in an area that falls within the island’s EEZ. A second Turkish drill ship, Yavuz, arrived off the island’s north-eastern coast on July 8.

Plant of the week: Poisonous plant used to protect against lightening