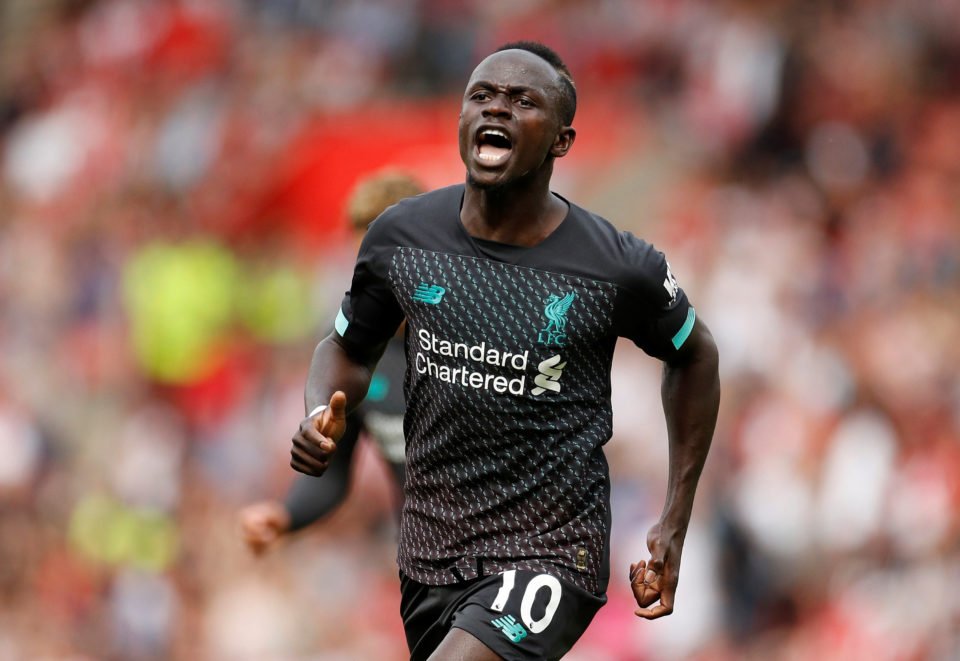 Superb individual goals by forwards Sadio Mane and Roberto Firmino gave Liverpool a 2-1 Premier League win at Southampton and provisionally lifted them to the top of the standings on Saturday.

Liverpool have six points from two games after their opening 4-1 home win over Norwich City. Either champions Manchester City or Tottenham Hotspur, who clash in the 1630 GMT kick off, can leapfrog them.

Looking weary in the opening 30 minutes after their penalty shootout win over Chelsea in the UEFA Super Cup in Istanbul on Wednesday, Liverpool weathered waves of Saints attacks before Mane fired them ahead on the stroke of halftime.

The Senegal forward teed himself up on the edge of the penalty area and curled a rasping shot past home goalkeeper Angus Gunn, who was left clutching thin air.

The European champions dominated after the break and missed several chances before Firmino picked up a loose ball, side-stepped a defender and drove a crisp low shot past Gunn in the 71st minute.

But the visitors barely hung on in the closing stages after a howler by their stand-in goalkeeper Adrian gifted the home side a lifeline, with the Spaniard’s poor clearance rebounding off former Liverpool striker Danny Ings into the back of the net.

Brazilian Bernard was also on target to help Everton beat Watford 1-0 at Goodison Park, while Aston Villa is yet to earn a point this season after a 2-1 home loss to Bournemouth and West Ham drew 1-1 away against Brighton & Hove Albion.

Wales on top of rugby world rankings after beating England