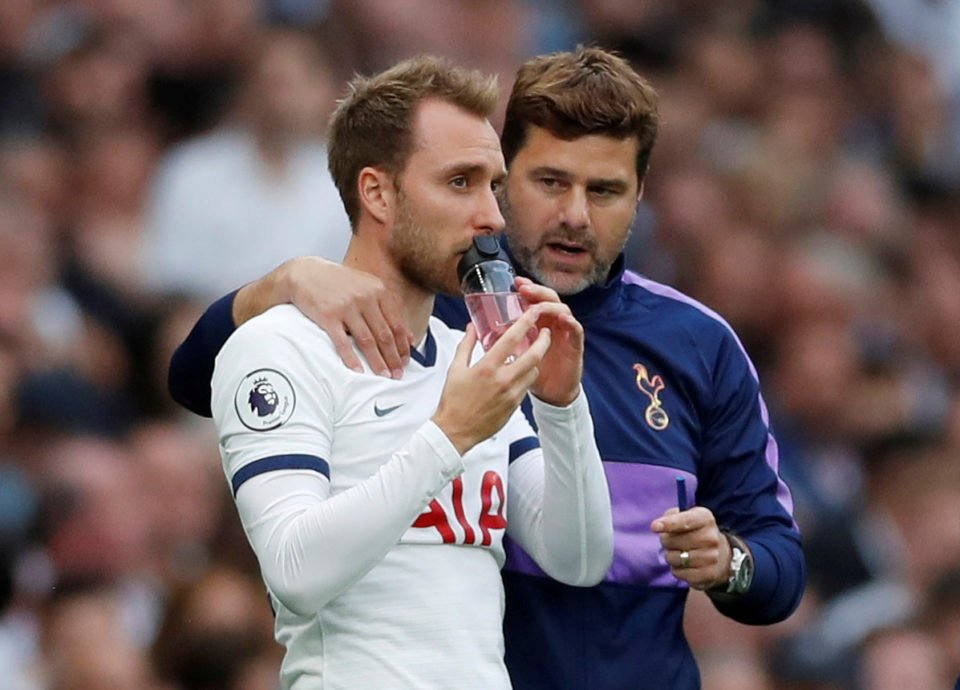 Tottenham Hotspur playmaker Christian Eriksen is in contention to start Saturday’s Premier League clash at Manchester City but doubts remain if he will stay at the club beyond the European transfer deadline, manager Mauricio Pochettino said on Friday.

Eriksen, who arrived at Spurs from Ajax Amsterdam in August 2013, has been a pivotal figure in Pochettino’s side that ended runners-up to Liverpool in the Champions League and took fourth place in the league last season.

The 27-year-old, who has a year left on his Spurs contract and previously said he wanted a new challenge, has been linked by the Spanish media with a move to Real Madrid before the European transfer window closes on Sep. 2.

“I don’t know,” Pochettino told a news conference when asked if Eriksen would stay.

“My point is to help all the players, to support all the players until they decide with the club to go a different way with their career, and to show respect to all.

“Sometimes it is difficult to understand outside of football or this club that respect means respect.”

Eriksen, who was a substitute in Tottenham’s 3-1 win over Aston Villa last weekend, has also said he is open to extending his stay at north London if the clubs seeking his signature do not represent a “step up”.

Asked if the Denmark international could start against champions City, Pochettino said: “We’ll see. There are only 11 players who can start.

“I’m happy with the last week with how he’s doing (and) his performance in training. We still have one training session and I’ll decide the starting eleven.

“For me it’s the same between a player who has one year on his contract and one who has five years. The selection is not for the length of the contract, it is for the performance.”

Meanwhile, Manchester City boss Pep Guardiola believes Tottenham will again be challenging at the top end of the Premier League this season.

Spurs have finished third and fourth in the standings over the last two campaigns and also reached this year’s Champions League final, where they lost to Liverpool.

And Guardiola has no doubts Mauricio Pochettino’s men will prove stubborn opposition this term as well.
He said: “Since I came here to England, every season they have been a contender. Always they were there, always they were tough games.”

Guardiola reported a clean bill of health for the match, with Raheem Sterling again set to lead the line against Tottenham.

The England forward hit the ground running with a hat-trick against West Ham in their season opener and the City boss knows the player is a talent.

Asked if Sterling is one of best in Europe, Guardiola said “There are many and he is one of them. We have many but other clubs do too.”

Barca beaten in Bilbao by thunderous strike from Aduriz