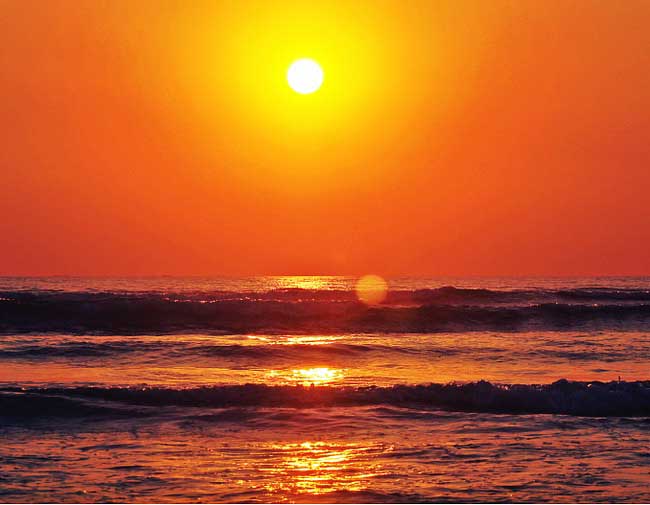 The yellow warning for weather and the red one for fire risk have been issued so often this summer that it’s easy to get blasé, just accept you’re in for another hot day and perhaps shouldn’t have that barbecue in the middle of the forest.

Yet, these warnings are far more finally nuanced than you might think.

For instance, a yellow warning for the mountains is quite a different affair to one for the broiling Nicosia plain. And as for those they issue elsewhere in Europe, well, let’s put this way, if the same was issued in Cyprus you’d be pondering whether to wear a light jacket.

Who decides on the alerts, and why are they nearly always yellow for temperatures and red for fire risk?

The levels go from yellow to orange to red, with red being the most serious.

Our warnings are yellow more often than orange and red because temperatures are more likely to be between 40C and 42C inland and that’s when a yellow warning is issued.

Top inland temperatures between 42C and 44C warrant an orange warning. Above that and it’s the full-on red.

But that’s inland where it is hottest in summer. It’s different for the higher peaks of the mountains where the warnings are issued when temperatures exceed 31C.

And different again on the coasts.

“We issue a warning when the highest temperature is more than 37C at the west coast, and more than 24C at night,” Georgiou said. “At the south coast, it needs to be higher than 39C and 26C minimum at night.”

The met office also takes into account how long the extreme heat lasts during a given day, issuing warnings from noon until 4pm or even longer periods when necessary.

Though humidity also plays a role, it does not by itself trigger an alert.

All the warnings for different temperatures depend on what is usual for the area, which is why the threshold is highest in the Nicosia area, and the met office decides to warn people when it is ‘only’ 32C in Troodos.

To complicate matters further, the criteria vary across countries.

A European service, EUMETNET, the network of European Meteorological Service, collects the information sent out by all met offices of European countries and provides a map with all warnings, not just for high temperatures, but also for other potentially dangerous weather such as when there is a danger of thunderstorms and when there is a strong likelihood of forest fires.

The ‘Meteoalarm’ site explains what each colour means. Yellow, for example, signifies the weather is potentially dangerous, the phenomena that have been forecast are not unusual but there is some risk and vulnerable groups should protect themselves.

This leaves the countries’ national met offices some room to interpret what the conditions are which warrant the level of an alert.

In Bosnia-Herzegovina this week a red alert was posted, with “maximum temperatures between 36C and 40C”. In Dubrovnik a red alert was issued for a mere 35C plus and a minimum of above 26C. In this Croatian city, it is considered that an orange warning is needed when temperatures climb to more than 33C.

Other met offices specify no temperatures at all. An orange warning by Austria simply said “severe heat stress must be expected”.

In countries where it is generally cooler, it is assumed it is more difficult for residents to cope with hot weather because relevant infrastructure is not in place, hence there is a tendency for alerts to be issued for lower temperatures than in the southern countries like Cyprus.

Cyprus has a separate alert for forest fires in the summer months, as the hot weather combined with the lack of rain means that the situation is extremely dangerous at all times.

Unlike the weather alerts, there is only one type of warning, the red one.

“We don’t have these distinctions,” head of the forestry department Charalambos Alexandrou said about yellow and orange warnings. “The most dangerous time is from May 1 until September 31. During this period, we issue warnings when the temperature is 41C or higher, or when there are very strong winds.”

The alerts are also issued for other reasons, such as the start of the hunting season and a holiday like August 15 when so many people are out and about.

While the met office is concerned with the health of residents, the forestry department would like the public to help spotting fires and suspicious movements by would-be arsonists in addition to not lighting any fires.

When there is a red warning, the fire service, the forestry department and police are on a super alert, Alexandrou explains, with helicopters at the ready, and fire fighting trucks at strategic points where fires may break out. “

When a fire is spotted within 10 minutes, two fire trucks are needed to extinguish it, but just 10 minutes later not only double the amount is needed, but eight or more,” he said.