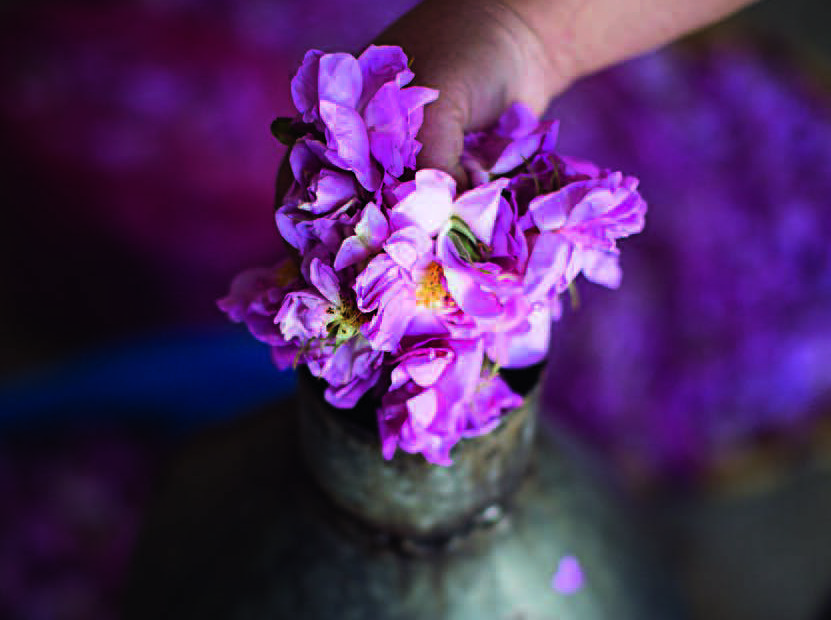 In the villages of the Paphos forest, the air is filled with a beguiling fragrance of early summer. A flower from Damascus comes into bloom, and a little later the petals end up in the distillery

Cherry Road is the name on the little blue street sign. But the lush rose bushes on either side of the road tell another story: the area around Kampos may be a cherry stronghold, but as far as we can see, nearly every one of the two hundred villagers also has at least one rosa damascena the size of a small car in their front garden. Miroula Stavrou owns several dozen of these bushy flowering plants that have been cultivated since antiquity. From the petals of her Damascus roses that range in colour from pure white to bright pink and purple, she produces rose water – and supplies her entire family, four children plus their spouses and offspring, with the rose water that results from the steam distillation. Once a year a few friends also receive a bottle or two of the fragrant distillate.

“Rose water has always been a traditional part of our culture. In the olden days, guests who came to the house would be sprinkled with rose water. We still wash babies’ faces with rose water – and of course we need rose water for many of our sweets and desserts. Here in Kampos, for example, we preserve the regional cherries in sugar syrup and rose water,” Miroula tells us. On the terrace behind her house she talks us through the steam distillation process.

Miroula’s distillery takes up most of the covered veranda behind the kitchen. The distillation vessel stands in a corner opposite the washing machine. Miroula heated it up early in the morning; now she stuffs handfuls of rose petals into the top before pouring cold water over them. Then the waiting begins. After about an hour, the rose water begins to trickle out of one of the two valves of the lambikos, which resemble two outstretched arms. Two kilos of roses produce one-and-a-half litres of rose water; for two to three weeks she can then be found every day on her distillery terrace. The yield of her busy work fluctuates: “less at the beginning, then more, then less again at the end”.

In other villages of the high Marathasa valley, rose water production is also still a family business, like in Lemithou, where we meet a man at the roadside picking roses from his rosebushes. Or near Polis, where the village barber – who is standing in for the ice-cream-maker from across the road – lets us try traditional ice cream made from almonds, pistachios and rose water. On other parts of the island, however, production is more commercial. Agros even organises an annual rose festival: rose bushes were already blooming here in the grounds of the Church of the Virgin Mary in the early twentieth century. In 1917 the new municipal teacher even founded the Pupils Association for the Dissemination of the Rose Bush, with the aim of expanding cultivation of roses. Today, in May and June, large rose fields are harvested for the production of creams, bath products, exfoliants, shower gels and such. Ideally, petal-picking begins in the cool hours of the early morning before sunrise, because as the temperature rises during the day, the oil content of the rose petals rapidly decreases. 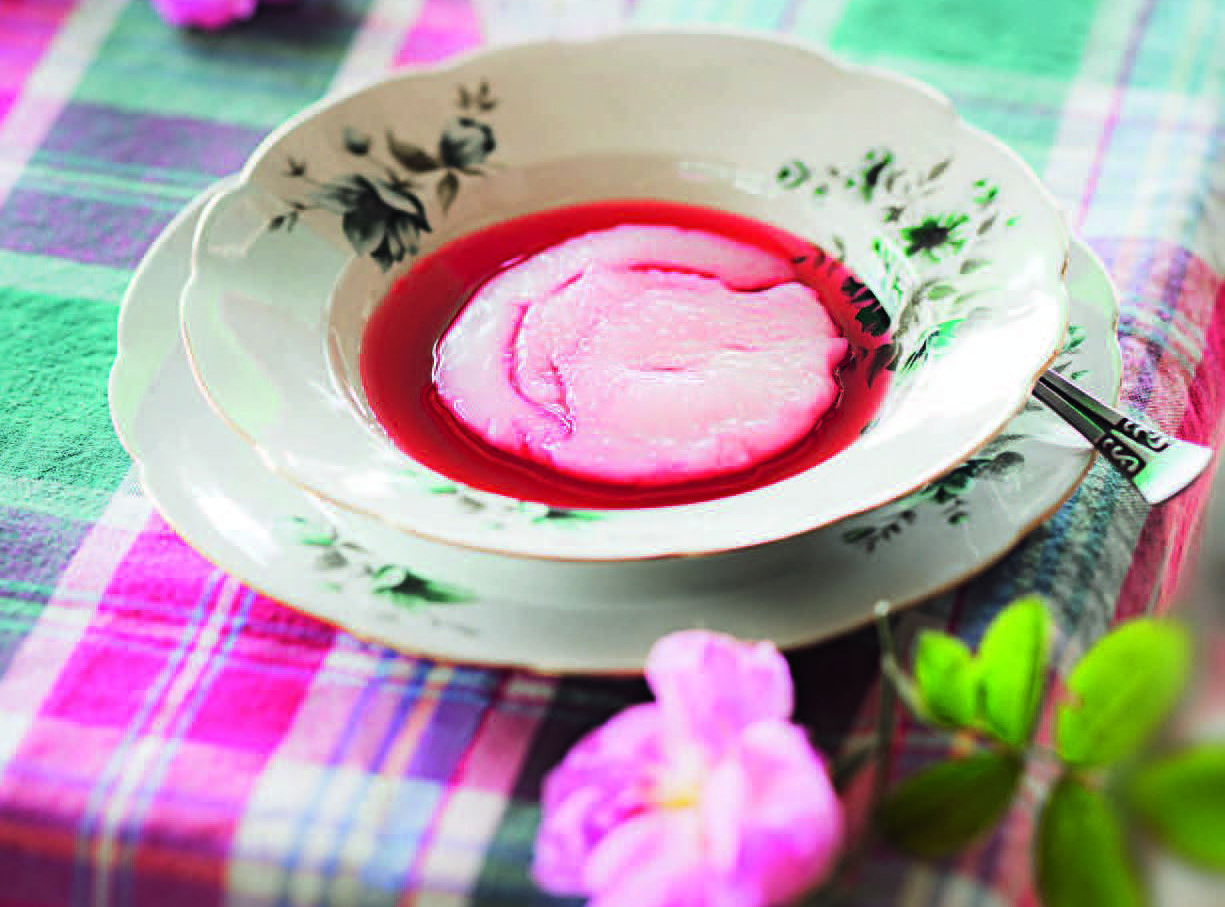 First measure 800ml of water. Dissolve the cornflour in a cup of water and warm the rest of the water in a saucepan. Add the cornflour mixture and stir over a medium heat until the consistency thickens.

Stir in 4 tbsp of rose water and divide the mixture among dessert plates.

Set aside to cool and set. Turn the mahalepi out onto another set of dessert plates.

Serve with rose syrup and chilled rose water. Sprinkle with sugar to taste if desired.

Pochettino unsure whether Eriksen will remain at Spurs

Escape ‘Coronachat’ and ogle the trend for fluffy miniature bags

Sex in times of corona: bed hopping or stopping?