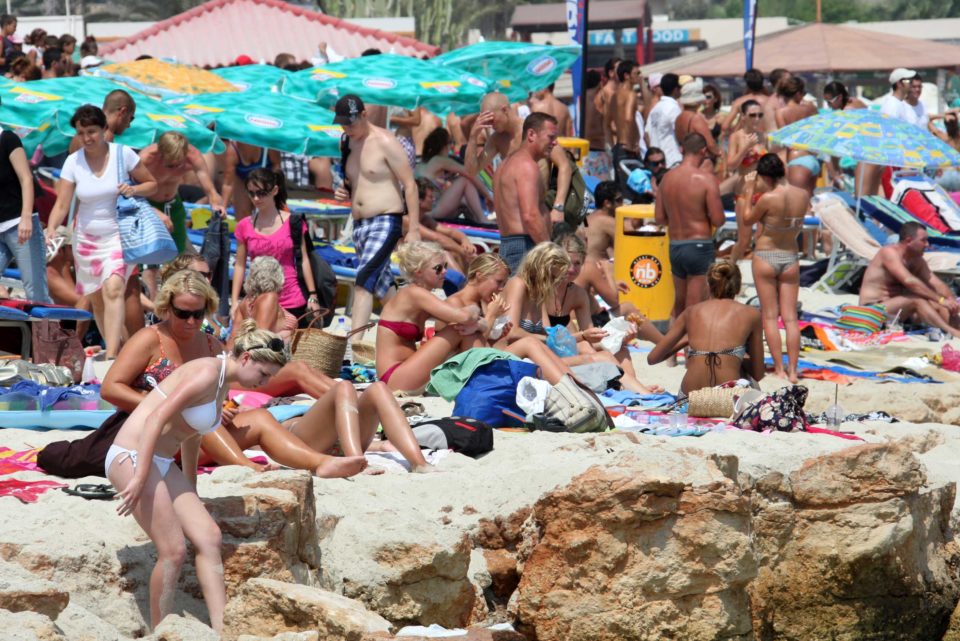 TOURIST arrivals are down this year and hoteliers have reported lower occupancy rates compared to 2018 which saw the highest number of visitors – 3.93 million – in Cyprus’ history. A fall in arrivals was inevitable after three record years, said the under-secretary for tourism Savvas Perdios, “especially in a period in which the competition from Turkey, Egypt, Tunisia and Morocco is continuously increasing”.

The increased competition could be overcome, said Perdios, once the deputy ministry’s efforts to restore flights that were lost in recent months bore results. The closing of Cobalt has not helped the situation either, but there are also exogenous factors at play. The fear of terrorist attacks in Turkey and Egypt, which greatly benefited Cyprus tourism in previous years, has receded, while the fall in the value of the Turkish lira has made Turkey a very attractive destination.

Another factor that nobody is mentioning with regard to the fall of arrivals is high prices. The boom years pushed up our prices, including hotel rates, but this year in order to arrest the decline in occupancies hoteliers were obliged to lower prices. Even though the decline was stopped, income had fallen markedly for all months of 2019 compared to the previous year, said the president of the Paphos Hoteliers’ Association Thanos Michaelides.

Despite the fall in arrivals more hotels are being built in the resorts. The supply of beds is expected to increase by 18 per cent (2,590) in the next three years, with the City of Dream Casino Resort in Limassol accounting for 1,000 of them. Meanwhile hoteliers have also been complaining about the competition from Airbnb, which is certain to increase as the high-rises under construction are completed and owners of flats put them on the market. Should we also mention the construction of marinas which always offer luxury accommodation and will be added to the Airbnb supply?

With the supply of accommodation for visitors progressively increasing, not only will hotel occupancy rates fall, but there will also be downward pressure on prices. How will the under-ministry for tourism deal with this issue? Will it secure more flights from new tourist markets in order to increase arrivals and increase occupancy rates? Perdios said that in the next few months the business plan and national strategy for tourism will be announced and will include a 10-year plan.

He gave an indication of what this will include by saying that it would also focus on “the upgrading of the product and the areas that need further development of tourism”. We have been hearing about government plans to upgrade our tourist product for at least 30 years, but all this time the priority has been on increasing the number of arrivals. How will the tourist product be upgraded if more tourists arrive and wherever they go, from beaches to squares, is overcrowded? And do we really need more development for tourism? Must we sacrifice the last few remaining unspoiled areas to tourist development?

The only business plan technocrats know is increasing tourist numbers, regardless of the consequences for the country and the added strain on its limited resources and the environment. There is never any mention of the word sustainability, the only objective being more arrivals so more hotels can be built, more beaches closed off and more restaurants and bars opened. To underline the superficial thinking, the very same people who are constantly striving to bring more tourists also claim they will upgrade the product and target quality tourism. They want mass tourism and quality tourism at the same time, ignoring that the two are mutually exclusive.

Now we have a deputy ministry for tourism, should it not question this long-sustained fallacy, carrying out studies on sustainability and the strain placed on the country’s resources by the pursuit of constantly growing numbers of arrivals? Should it not look at the trade-off between rising visitor numbers and quality of life for the locals. Perhaps four million arrivals a year is enough and we do not need further development for tourism, even though it boosts the construction sector and increases land values.

The negative consequences such as higher prices, market distortions, strain on natural resources, harm to the environment and the over-dependence of the economy on an unpredictable industry, all of which affect the quality of life of the local population should also be factored in when the deputy ministry prepares its business plan and strategy for tourism. Policy-makers must bear in mind it is not just numbers that matter.