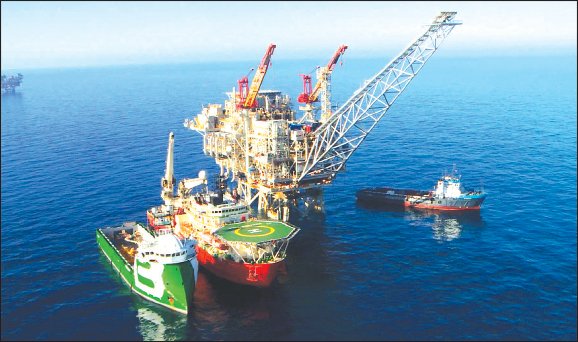 All major international oil companies are now operating in Egypt

The recent pronouncements by Egypt’s Petroleum Minister, Tareq El Molla, demonstrate the confidence the country now has in its energy sector. It has truly turned the corner: record natural gas production, increasing LNG exports, surplus gas and electricity and lowest ever fuel subsidies.

All major international oil companies (IOCs) are now operating in Egypt, with a plethora of gas discoveries and gas production projects and new ones being announced one after the other.

This massive reversal of fortunes from the pre-2014 stagnation in oil and gas exploration and production that led to the need to import LNG, to today’s surplus gas production and LNG exports is due to the successful implementation of reforms clearly set-out in Egypt’s master plan: Vision 2030.

IMF’s $12bn loan to Egypt in 2016 not only helped shore-up its economy, but it came with strings attached: requiring major economic and energy reforms, removal of fuel subsidies, a new gas-pricing mechanism that incentivised the IOCs to invest and increase production and a privatisation programme that opened up the gas sector. IMF’s loan programme is now complete, with evident success.

There are already clear signs that these reforms are having an increasing impact in slowing-down Egypt’s energy consumption growth. It is estimated that in 2019 electricity consumption actually declined by close to 4 per cent, generating a surplus in supply.

Egypt has embarked on an ambitious renewable energy implementation programme and it is on course to produce 20 per cent of its electricity from renewables by 2022. Its annual renewable electricity production has already reached 6GW, with about 2GW coming from wind and solar power.

As a result of the success in slowing down energy demand growth, Egypt’s Electricity Ministry is now considering postponing planned electricity plants and exporting over-production to neighbouring countries.

Egypt’s energy reforms, combined with the increasing use of renewables and increased gas production, are freeing gas for export.

Egypt’s gas production turnaround started with the discovery of the giant Zohr gas-field in 2015, holding 850 billion cubic metres (bcm) gas. It was brought on line at a record time – 30 months from discovery – helping Egypt achieve gas self-sufficiency last October. Zohr is now producing 26bcm/yr and is expected to reach 33bcm/yr by 2020.

But it is not just Zohr. New discoveries are being made continuously. In March Eni announced the discovery of Nour, but has not yet given indication of its size. In June BP announced that production from its West Nile Delta project is expected to reach 14bcm/yr by end of 2019.

These and increasing productivity of existing fields are compensating for the natural decline in the productivity of older fields, feeding increasing domestic demand and exports. In June El Molla agreed to allow Eni and BP to export gas from the Zohr and North Alexandia fields through Idku, after meeting the needs of the domestic market and achieving production surplus.

The ministry expects gas production to reach 82bcm/yr during the financial year 2019/2020, while domestic consumption is expected to reach about 66bcm/yr. The surplus 16bcm/yr is earmarked for liquefaction and export. This is close to the combined nameplate capacity of the Idku and Damietta LNG plants.

Idku is already exporting close to 8bcm/yr. Eni confirmed in July that it is in talks over restarting Damietta and that it expects it to be back in operation before the end of the year. This was confirmed by El Molla who said that all export facilities will be working at full capacity by the end of the year.

Also in June, the Egyptian Gas Company EGAS announced that it aims to increase gas production by 50bcm/yr by June 2022, bringing Egypt’s total gas production to about 117bcm/yr.

The ministry is also opening up new blocks for further exploration. The last licensing rounds were very successful, with 12 new exploration blocks awarded last February. Among the winners were Shell, BP, Eni and ExxonMobil.

Egypt launched a new offshore licensing round in March, tendering 10 blocks in the Red Sea. It is also considering tendering 11 blocks in the country’s western Mediterranean waters by the first quarter of 2020, hoping for new, Zohr-type, discoveries.

OME – an energy industry association based in Paris with the IOCs operating in Egypt as its members – expects Egypt’s surplus gas available for exports to grow and reach 17.5-29.5bcm/yr by 2030 and between 7.5-25bcm/yr by 2040.

OME estimates production to reach 110bcm by 2030, peaking at close to 120bcm in 2037. So far, if anything, actual performance and the June production forecasts by the Ministry of Petroleum indicate an even more optimistic future.

With the level of Egypt’s gas discoveries and the success of its energy reforms in bringing consumption growth under increasing control, mean that the country may no longer need imports, unless these are quite competitive in comparison to domestic gas prices.

The exception may be the deal between Noble Energy and Delek with Dolphinus Holdings. This is a commercial deal between private companies and may still go ahead. It has so far been experiencing problems and delays, but Delek is confident that it can start deliveries by November.

The much-discussed deal to sell 7bcm/yr Aphrodite gas to Idku for liquefaction and exports is risking becoming a victim of the increasing gas surplus in Egypt.

For Aphrodite gas to secure a gas sales agreement with Idku, a number of steps are still needed, estimated to take 3 years to complete. Construction would take another 3 years, with first gas deliveries likely by 2025.

With Egyptian LNG plants expected to reach full utilization by end of 2019, should OME projections become reality, there may not be any room for Cypriot and Israeli gas at Idku and Damietta.