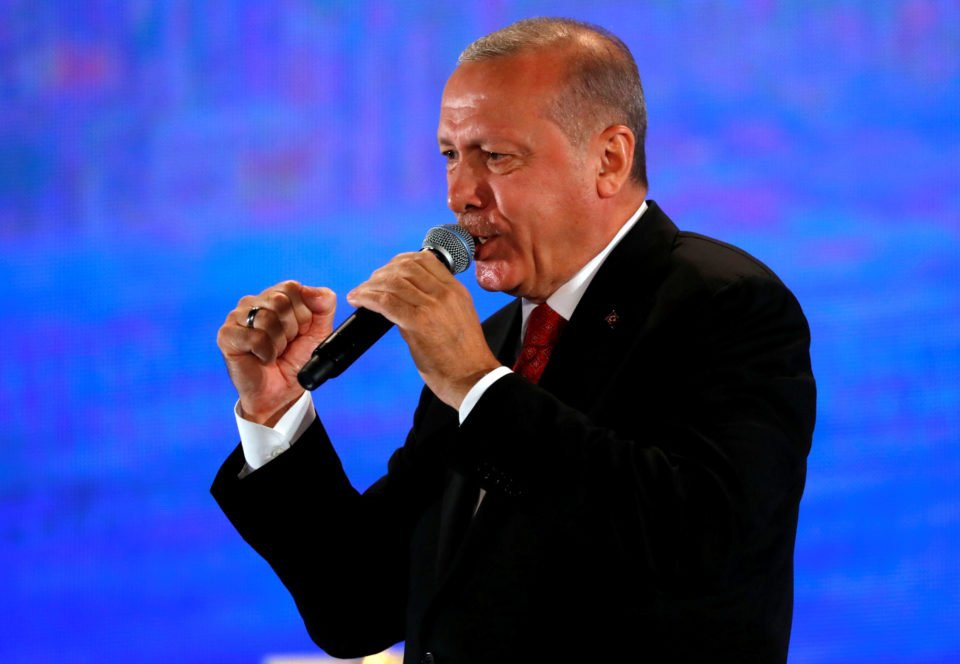 Item One: Israel is not just bombing Iranian troops and allies in Syria, which it has been doing on an almost weekly basis for years. It is now also bombing pro-Iranian groups in Iraq, a country that is a (reluctant) ally of the United States.

The bombings began last month, hitting the camps of Iraqi Shia militias that were getting US air support only two years ago when they were driving the Islamic State jihadis out of Iraq. Most Iraqis are Shias, but Israel thinks these ones, the Badr Corps and Kataeb Hezbollah, are too close to Shia Iran.

There are still US forces in Iraq, but the US ignores the Israeli attacks, and the Iraqi government has to ignore them too. Prime Minister Adil Abdul-Mahdi has to please both the Americans and his Iranian neighbours, who as fellow Shias benefit from strong popular sympathy in Iraq. His task is impossible, but he tries.

Erdogan is obsessed with the Kurds, a minority population in both Turkey and Syria, and he has long vowed to crush the self-governing Kurdish-ruled region that has emerged south of the border in northern Syria thanks to the civil war there. Now he’s actually going to do it.

The tricky bit is that these same Syrian Kurds provided the ground troops for the US campaign to eliminate Islamic State forces in Syria. That job is now done, but several thousand American troops remain in northeastern Syria, partly to deter Turkey from invading. Betraying the Kurds is a Middle Eastern tradition, however, and the United States does not want war with Turkey.

Item Three: the United Arab Emirates, Saudi Arabia’s closest ally, is pulling its troops out of Yemen. ‘Little Sparta’, as former US defence secretary Jim Mattis calls the UAE, has been the mainstay of the Saudi-led military intervention in Yemen since 2015. It seems to have realised at last that the intervention has failed, and was a bad idea from the start.

It certainly was. When a northern Yemeni tribe called the Houthi seized control of most of Yemen in 2015, driving the Saudi-imposed puppet president into exile, the Saudi concluded that it was an Iranian plot. (The Houthis are Shia.) But that’s nonsense. It was just Round 189 in a power struggle between the Yemeni tribes that has been going on for centuries.

So the UAE is leaving, and its parting gift to the Yemenis last week was to back rebel militias in Aden who want to revive the old separate country of South Yemen. The Saudi Air Force bombed the rebels, of course, but they still hold most of the city.

This level of dysfunction would not even have caused comment in medieval Europe, but it is unique in the modern world. There are bits of Africa and Asia where individual countries are seeing this level of violence and chaos, but not many, and no whole regions. How can we account for it?

You can’t blame religion. Half the world’s Muslims live in Asia, and they almost all live in peace. There is a Sunni-Shia confrontation underway in the Middle East, but it is relatively recent and more likely to be the result of the region’s peculiar character than the cause of it.

You can’t blame colonialism either: all of Asia and Africa went through that bitter experience too. Ethnic and tribal divisions? There are single African countries with greater ethnic diversity and more tribes than the whole of the Middle East.