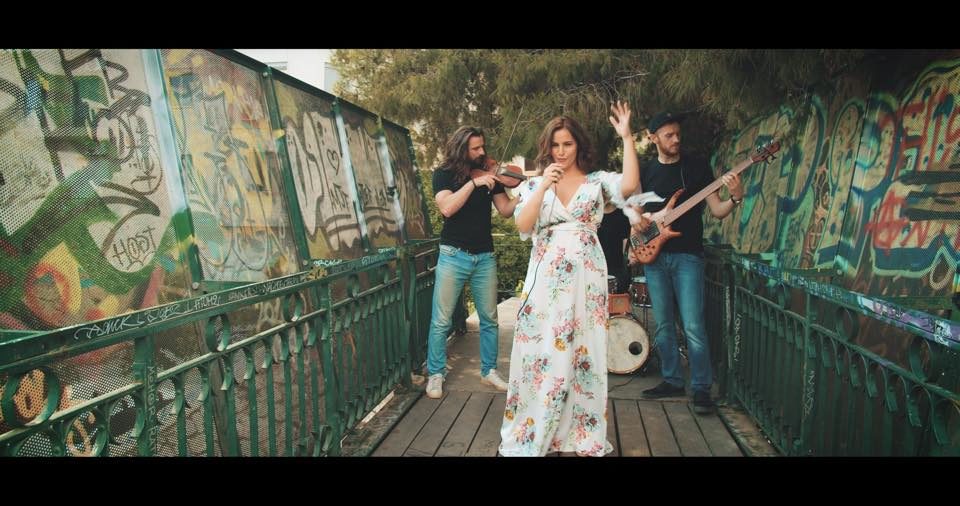 Having just released the single Emeis Mazi (Us Together), the singer is pumped to share her music with local audiences. Since the end of July, she’s been performing around the island.

“This summer I am wandering all around Cyprus with my guitar,” Anna said. “I have played in Nicosia, Paphos, Spilia, Kyperounta, Platanistasa, and my next gigs for the summer are in Agros, Paralimni and Limassol.

“The summer tour is fun, sometimes tiring, but overall I am grateful for it,” she adds. “I meet so many beautiful people, and I get to play my music while visiting beautiful places in Cyprus.”

Having studied music at the University of Nottingham and spending a summer at the Berklee School of Music following jazz performance, it’s safe to say that music is a huge part of Anna’s life. Now, she’s extending her studies at the National Conservatory in Athens while performing and releasing four digital singles.

Three more shows are left in August with lots more to come in September. On August 19, the singer will perform at Edem Garden in Agros, the following day at Di Capilla Seaside Stories in Paralimni and on August 28 at Nicosia’s Cava Oinon Pneumata. What you can expect are swing and rock covers, Greek songs and of course Anna’s own music and her latest song Us Together.

“It’s definitely a summer song, my first ‘happy’ song as I call it, with a positive message to deliver, and fresh upbeat sounds of the violins, flugelhorn, percussion, and piano. The instrumentation was done by the super-talented Alkis Dimos.”

On August 20 and October 20, Nikos Nikolaou will be joining her, while on all other days, Anna will take the floor solo. On September 6, the singer will perform at Spilia and the final gig for her tour will close with the Beekeeper’s Festival on October 20.

Govt fires back at Akel over money laundering claims