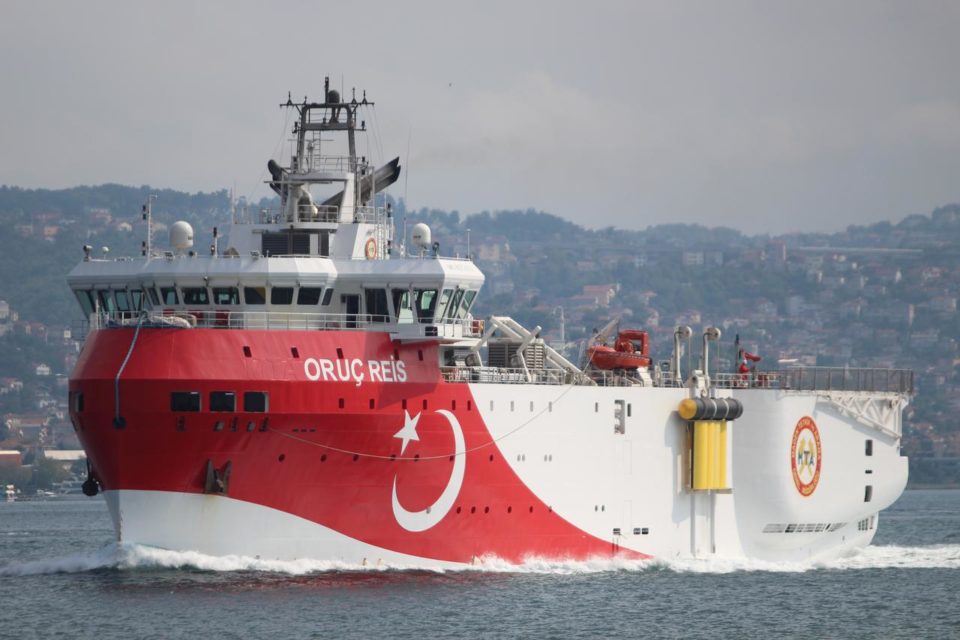 A fourth Turkish ship, Oruc Reis, is on its way to meet the three drillships already stationed off the coast of Cyprus, Turkish Foreign Minister Melvut Cavusoglu said on Monday.

Responding on Twitter to the president of the Republican People’s Party (CHP) Kemal Kılıçdaroğlu, who asked why there is a lack of a Turkish presence in the eastern Mediterranean, Cavusoglu said that Kılıçdaroğlu must think that “the Fatih, Yavuz, and Barbaros, which protect our rights and those of the TRNC, are Greek ships.”

Beyond the three already stationed in the Cyprus EEZ, Cavusoglu said that the fourth, the seismic research ship Oruc Reis, is on its way to the area. It will be assisting the Barbaros in seismic research.

Earlier in August, reports said that the Turkish drillship Yavuz began drilling operations off Karpasia, with protection being provided by Turkey’s armed forces. Drilling operations are expected to last until the end of the month.

The Fatih drillship, the first to arrive in May on the west coast of the island, has also begun drilling and will continue for a few more weeks.

Reports claim that the Turkish armed forces have dispatched submarines, unmanned aerial vehicles and warplanes to the area to provide round the clock protection to the drilling and research vessels.