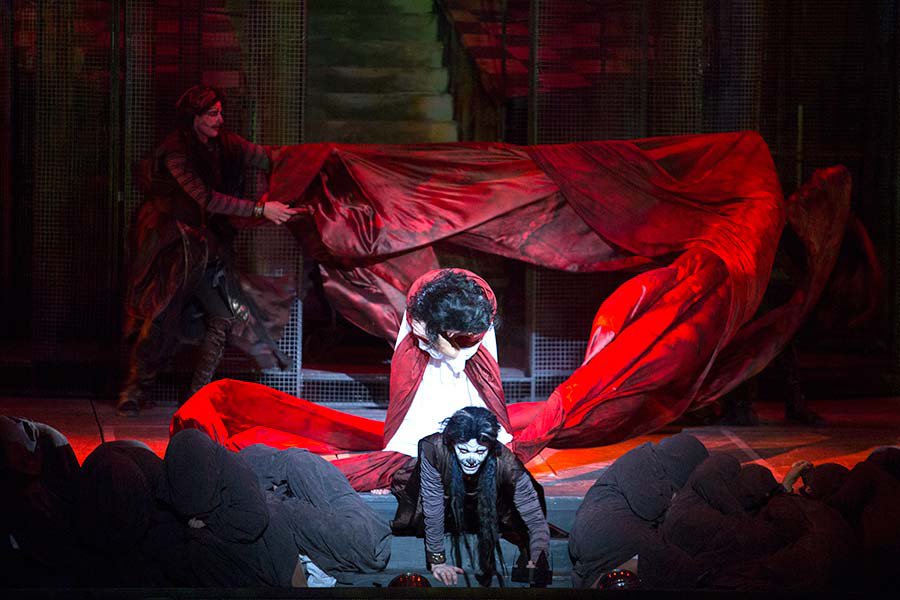 Paphos opera time is approaching rapidly, and this year we’re getting Macbeth – as you didn’t study it at school. For a start, the witches are ballerinas – probably the antithesis of what Shakespeare intended with his ‘weyward sisters’. Then we’ve got various plot changes; ‘imaginative cuts and condensations,’ according to the Royal Opera House: neither King Duncan nor Fleance get a word in, while entire scenes and characters (the murder of Macduff’s wife and children; the infamous Ross and Lennox) have disappeared entirely.

Granted, a great deal of this is down to Verdi’s interpretation of the play. The composer had very specific directions for his oeuvre: Lady Macbeth was instructed to sing with a tone that was ‘hard, stifled, and dark’ with ‘something devilish’ to her vocal quality. And, rather than the three stipulated by the Bard, he wrote in a plethora of weird sisters, and told his librettist, Francesco Maria Piave, that the witches’ choruses must be ‘triviali, ma stravaganti ed originali’ – ‘vulgar, yet bizarre and original’.

Verdi, it seems, had a real thing for Shakespeare. Despite the fact that he couldn’t speak English, and would have read the plays in Italian translation, he produced several operas based on the works of the Bard. “Already in the nine operas before Macbeth, the composer was slowly starting to toy with conventions to create more flowing musical dramas,” says the New York Times, discoursing knowledgably on Verdi versus Shakespeare. “But in finally tackling a play by his beloved Shakespeare, he was tempted to take some real risks. What stumped him, though, were the conventions of opera: the public expected structured set pieces, with arias, ensembles and choruses, and he understood that he would have to honour the source by altering it…” 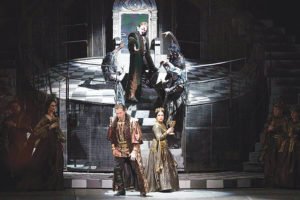 This he did (see above for just a few examples!) and, in 1847, the composer completed Macbeth, his very first Shakespeare-based opera. Falstaff (based on the Merry Wives of Windsor with a nod to Henry IV) launched in 1893, and his widely-acclaimed Shakespearian masterpiece, Otello, appeared in 1897 – a decade after the composer had officially retired. He also considered (but never got around to) writing operas based on King Lear, Romeo and Juliet, and The Tempest.

Here in Cyprus, however, it’s Macbeth which will be filling our ‘isle with noises, sounds and sweet airs, that give delight’ thanks to the Pafos Aphrodite Festival. A long-winded name for what we all basically refer to as ‘the Paphos opera’, this year’s iteration comes courtesy of the National Academic Bolshoi Opera and Ballet Theatre of Belarus (hence the ballerinas).

Taking place on August 30 and 31, and September 1, it’s our annual chance to bust out the opera glasses and enjoy an evening of musical refinement. An opera in four acts, Verdi’s Macbeth originally premiered on March 14, 1847 at the Teatro della Pergola in Florence, and a revised and expanded French version was later performed in Paris in 1865 – both a far cry from the confines of the Medieval Castle Square in Paphos!

But then, this is a curious opera in terms of both place and time – or the standards of the time in which it was written. Considering the subject matter and the majority of Italian operas from the first 50 years of the 19th century, Macbeth was highly unusual. In a letter to his librettist, Verdi wrote: “This tragedy is one of the greatest creations of man… If we can’t make something great out of it let us at least try to do something out of the ordinary.”

He succeeded. The 1847 version was widely admired. And despite the exigencies of presenting the same performance 172 years later and some 2,000 miles distant (in a hot Mediterranean climate, no less!) the 2019 iteration is bound to be just as popular.

In other words, book now to avoid the proverbial… Despite the plethora of seats available (2,200 ‘plastic folded seats with cushions in metal tiers’ per night), the language (it’s in Italian; but with simultaneous translation into Greek, English and Russian via subtitles), and the length (80 minutes for Acts I and II, 75 minutes for Acts III and IV, and a 25-minute intermission for a glass of bubbly), our annual opera is always a roaring success. Life may indeed be but a walking candle, but in the Pafos Aphrodite Festival, we’ve got a shining star of the cultural calendar.

August 30 and 31, and September 1 at the Medieval Castle Square in Paphos. Tickets cost from €25. For bookings and information, call 26 822218 or visit www.pafc.com.cy