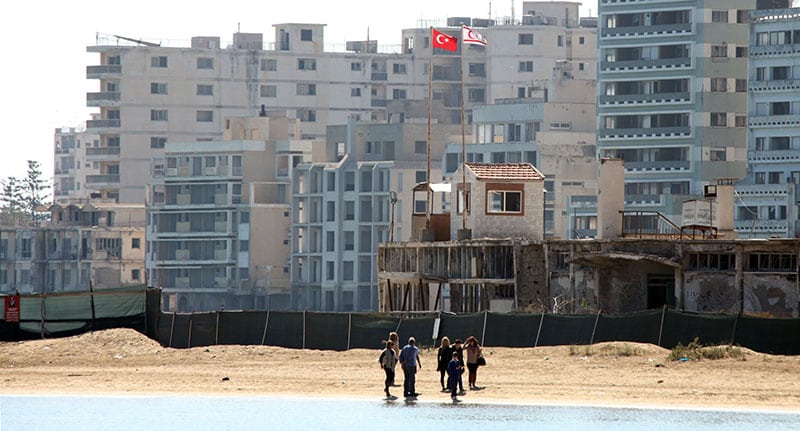 The European Court of Human Rights (ECHR) has given the Turkish side until November 4 to submit its remarks concerning two cases of properties situated inside Varosha, the abandoned fenced-off section of the Turkish-occupied town of Famagusta.

The two cases, and separate applications, filed by Greek Cypriots with the ECHR relate to properties inside Varosha. The Greek Cypriots had initially applied for restitution and for loss of use with the north’s Immovable Property Commission (IPC), which is controlled by Turkey.

Due to legal complications, the applicants subsequently took recourse with the ECHR against the IPC alleging that the IPC had proved ineffective in resolving the matter.

The Greek Cypriot applicants are KV Mediterranean Tours Limited, which owns a building complex inside Varosha, and Theodora Panayi with Evdoxia Shiartou.

Panayi and Shiartou had applied to the IPC over a property they had inherited from their mother. They asked for compensation and restoration of the property but their application went nowhere, likewise forcing them to seek recourse at the ECHR.

Both applicants are being represented by Greek Cypriot lawyer Achilleas Demetriades.

In the case of KV Mediterranean Tours Limited v Turkey, in November 2012 the IPC decided that Evkaf – an Islamic charitable foundation administering religious endowments in the north – should be included in the process as a litigant, after the Turkish side argued that Varosha and large areas outside it belong to Evkaf.

The Greek Cypriots then applied to a court in the north, which in 2015 ruled that Evkaf cannot be included in the process. But that decision was overturned by the ‘supreme court’ in northern Cyprus in 2016. The process has been stuck in limbo since.

The Greek Cypriots then decided to put their application to the ECHR temporarily on hold until mid-June this year, hoping to reach an amicable settlement with the IPC for compensation.

That deadline has since elapsed, and they are following through with their cases at the European court.

Now, Demetriades told the Cyprus News Agency, the ECHR has set a date of November 4 for the Turkish side to submit its positions regarding the claims filed by the Greek Cypriots.

The court will examine both sides’ positions and decide whether it has jurisdiction in the matter before – potentially – taking on the substance of the cases.

In the meantime, the ECHR has also asked the Republic of Cyprus to state whether it wishes to be part of the upcoming proceedings.

The government needs to respond by November 4 and November 5, respectively.

Attorney-general Costas Clerides said his office is currently deliberating with the foreign ministry to decide whether the Republic will in fact be joining the proceedings before the ECHR.

The government’s involvement could presumably give heft to the claims of the Greek Cypriot applicants, since official land registry archives showing historical ownership records would be presented to the ECHR.

The Greek Cypriot side disputes that Evkaf has a legal claim on properties within Varosha.

They cite the 1960 Treaty of Establishment of the Republic of Cyprus regarding the final settlement of all claims by Turkish Cypriots, including Evkaf, for the amount of £1.5m sterling paid by the then British colonial government.

Annex U to the treaty, titled Financial Assistance to the Turkish Community, is a letter by the British governor to the island’s then vice president Fazil Kutchuk and Turkish Cypriot negotiator Rauf Denktash asking them to confirm “your acceptance of the arrangements…” contained in the letter, which the two men did.

The text of their letter accepting the arrangements is included in the annex.

The agreed arrangements included granting £1.5m to the Turkish Cypriot community to be used for education, the development of Evkaf property, and for cultural and other purposes.

The letter also requested confirmation that, once the above compensation was accepted, both the Turkish Cypriot community and Evkaf would relinquish any future claims.

James Bond movie gets a title – No Time to Die

Farmers say storms wiped out one year of labour