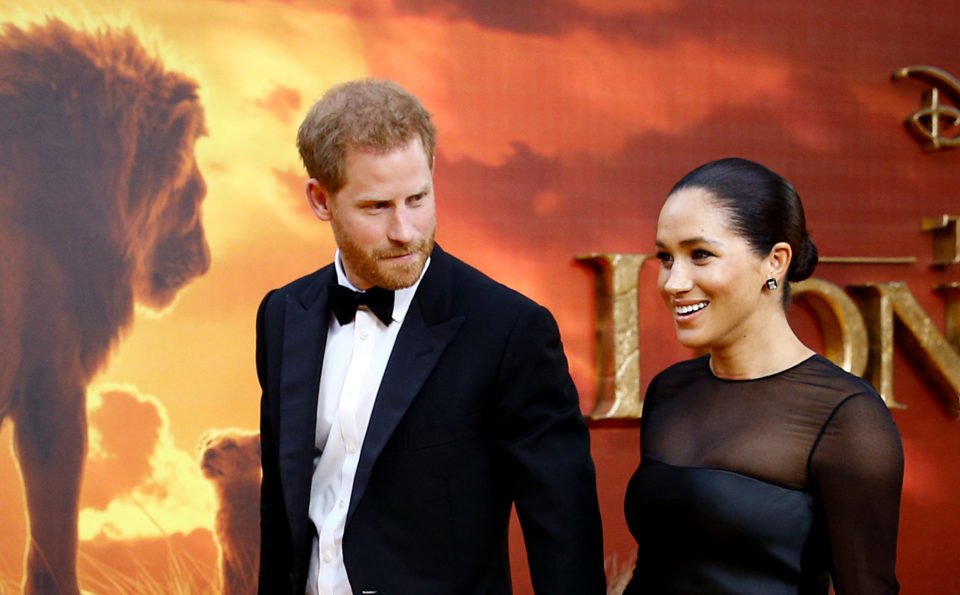 Prince Harry and Meghan, Duchess of Sussex attend the European premiere of "The Lion King"

Carbon offsetting schemes are no match for taking fewer flights, climate change experts said on Tuesday, as Britain’s Prince Harry and his wife Meghan flew into a storm over a private jet trip to the south of France.

Pop singer Elton John, who provided the jet, said on social media he had “offset” the couple’s carbon emissions as he defended them against claims of hypocrisy over their environmental campaigning.

Offsetting – which aims to cancel out an action’s climate damage by paying to prevent or reduce emissions elsewhere – can mitigate the effect of emissions, but is no easy solution, said Overseas Development Institute.

“It should really be a last resort … A lot of it, I think, is people to some extent salving their conscience,” Andrew Scott, the head of the think tank’s climate and energy programme, told the Thomson Reuters Foundation.

“When emissions are in the atmosphere, they have a long life there, and it’s important to try and do everything you can to stop putting it there in the first place rather than putting it in and paying for somebody to take it out somewhere else.”

Recent years have seen a growing anti-flying movement, with some public figures such as student activist Greta Thunberg giving up plane travel altogether, while celebrity environmental campaigners increasingly face scrutiny over their jetsetting.

Earlier this year, actor Emma Thompson was criticised for taking a first-class flight from the United States to Britain, where she took part in protests organised by the campaign group Extinction Rebellion.

Prince Harry and Meghan, who have both spoken out about the need to protect the environment, were “hypocritical” for taking the private jet, said Lucy Gilliam, the aviation and shipping officer at the Transport & Environment campaign group.

The International Air Transport Association, which represents the world’s airlines, argues that carbon offsetting schemes offer an immediate, direct and pragmatic opportunity to limit the impact of flights.

However, U.N. Environment has warned that offsetting should not be treated as a “get out of jail free card”, saying it could offer the “dangerous illusion” of a fix.

Critics say consumer offsetting schemes are not regulated and their efficiency can be variable.

But others argued that climate campaigners should be less focused on shaming individual flyers and more on the pressing for research on low-carbon travel.

“The solution is not a world in which nobody travels long distances,” said Bob Ward, a climate change expert at the London School of Economics and Political Science.

“It would be far better if people who were criticising Harry and Meghan … directed their attention to the slow pace of innovation in the aviation sector for which governments and industry both bear responsibility.”