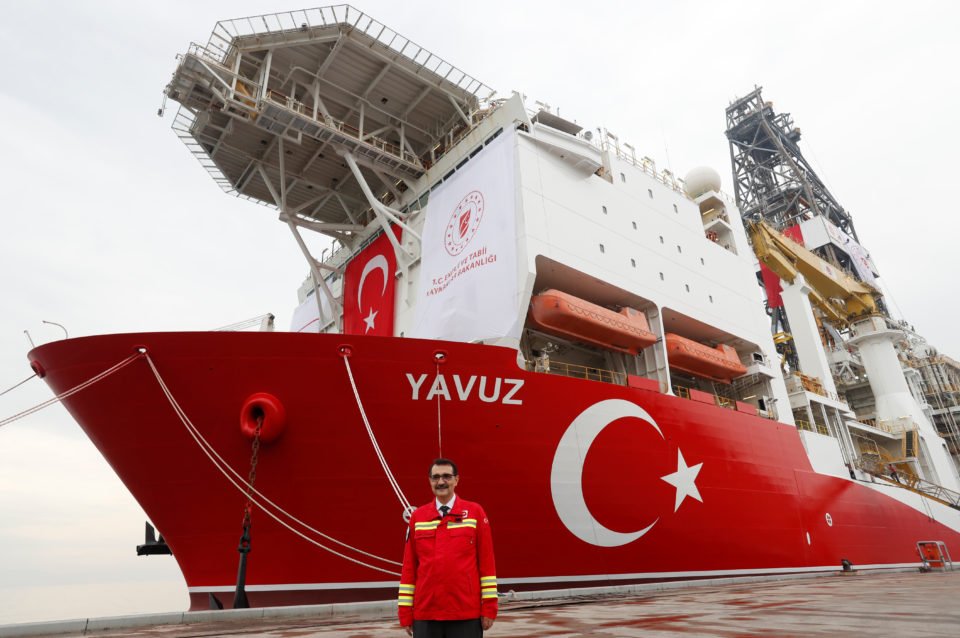 The United States considers the activities of Turkish drillship Yavuz off the north-eastern coast of Cyprus as unlawful, and urges the Turkish authorities to cease them immediately and remove the drillship from the Republic of Cyprus’ territorial sea, a US State Department spokesperson said.

Responding to a question by the Cyprus News Agency (CNA), a State Department spokesperson noted that “only the Republic of Cyprus, acting through its government, can consent to activities such as drilling within its territorial sea.”

“The United States is concerned about the activities of the drillship Yavuz, which is operating within the territorial sea of the Republic of Cyprus. This provocative step raises tensions in the region,” he noted.

“We urge Turkish authorities to cease unlawful activities immediately and to remove the Yavuz from the Republic of Cyprus’ territorial sea,” he said.

Moreover, he said that “we encourage all parties to act with restraint.  Resource development in the Eastern Mediterranean should promote cooperation and provide a foundation for durable energy security and economic prosperity throughout the region,” he added.

“We continue to support development of an equitable solution for sharing the benefits of Cyprus’ hydrocarbon resources between the two communities,” the US State Department spokesperson concluded.

Turkey has dispatched two drill vessels to conduct operations east and west of Cyprus. The move prompted the EU to suspend talks with Turkey on a comprehensive air transport agreement and to freeze any high-level dialogue with Ankara.

“It appears once more that with this statement from the USA, the international community disapproves and opposes Turkey’s illegal actions and the destabilizing action it has assumed,” government spokesman Prodromos Prodromou said.

The spokesman voiced hope that such messages would force Turkey to rethink and “allow, through substantive negotiation of the Cyprus problem above all, having lawful relations and co-operate in the future.”

Prodromou said the importance of the state department statement was self-evident.

“Certainly, the state department view that only the government of the Republic of Cyprus has the authority to decide over drilling operations reinforces us and the appeal to Turkey to withdraw the particular vessel from Cyprus’ territorial waters also reinforces Cyprus,” the spokesman said.

The US position is identical to the Republic’s, which has in the past proposed a dialogue with Turkey to agree on the delineation of their respective economic zones, he added.