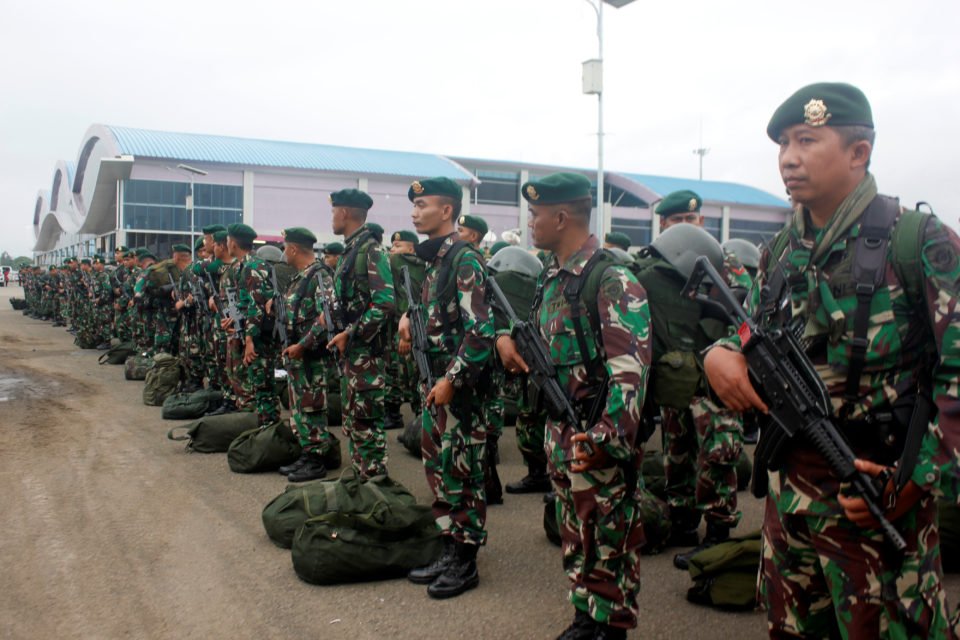 Rallies erupted in more towns in Indonesia’s Papua on Wednesday, with protesters setting fire to a market and throwing stones at buildings following a spate of demonstrations in the easternmost area over perceived discrimination.

Police fired teargas to disperse a crowd in the town of Fakfak, West Papua, after protesters torched parts of a market, an office building and blocked roads to the airport, CNN Indonesia reported.

Media estimated thousands of people were involved in the protest, though Dedi Prasetyo, spokesman for Indonesia’s national police, said only 50 people had taken part in setting fire to several stalls in the market.

The situation had been contained, Prasetyo said, without elaborating.

In Timika, a city in the neighbouring province of Papua, where the giant Grasberg copper and gold mine operated by the Indonesian unit of Freeport McMoran is located, thousands of protesters threw rocks at a parliament building, houses, shops and a hotel.

Freeport operations were not disturbed but the company said it was advising employees and their family members to limit unnecessary travel, Riza Pratama, Freeport Indonesia spokesman, told Reuters.

While a separatist movement has simmered for decades in Papua, with frequent complaints of rights abuses by Indonesian security forces, the recent anger appears to be linked to racist slurs against Papuan students who were detained last week.

Papuan students were taken to a police headquarters after being accused of disrespecting the Indonesian flag in front of their dormitory during an Independence Day ceremony last week.

Police fired teargas into the dormitory and briefly arrested 43 students, according to activists, who said the students had been called “monkeys” during the operation.

There have also been sometimes violent protests in the towns of Manokwari, Sorong, and Jayapura since Monday.

Mohamad Lakotani, the deputy governor of West Papua, said police reinforcements had been sent to Sorong, Manokwari and Fakfak.

“This is just to anticipate things, so that the demonstration or mass concentration does not develop into something anarchic,” he said.

Internet speeds in the area had also been slowed as part of the efforts to prevent hoaxes spreading, a spokesman at the information and communication ministry said.

Activists have criticised the government’s response to the unrest in Papua.

The rights group Setara Institute said police and military reinforcements would exacerbate violence and it urged President Joko Widodo to send an envoy to open dialogue with residents there.

Asylum seeker: No choice but to leave

Breaking the Surface with Yorgos Papadopoulos