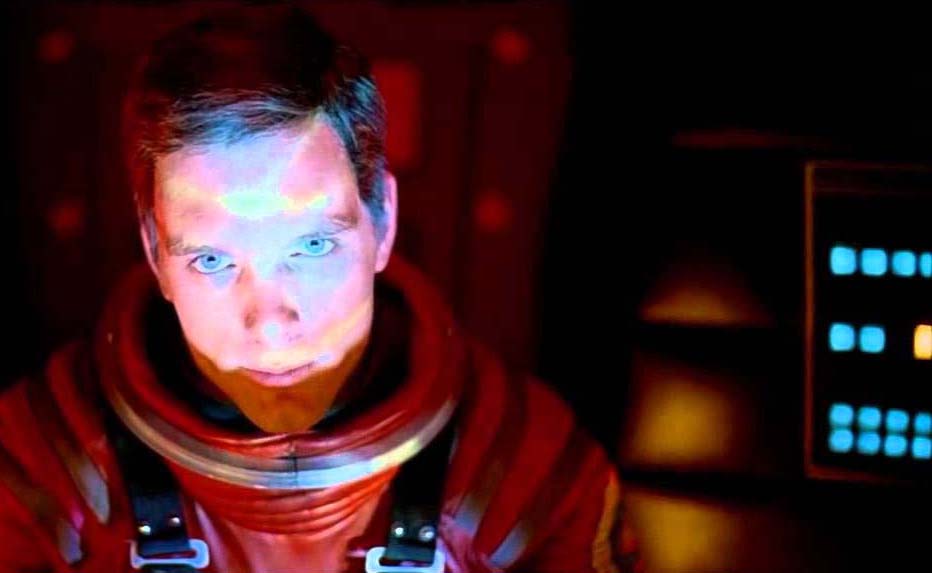 All machines are responsive, willful, and downright user-unfriendly.

Remember that Woody Allen idea about machines closing ranks and retaliating against their would-be masters, like Hal in Space Odyssey? All Woody’s tape recorder would do was repeat ‘I know, I know!’ He smashed it. Later, when he got into a lift the doors closed and a hollow metallic voice said ‘Aren’t you the guy who thumped that cassette player last week…..?’

Things are not as inanimate as we think. They display positive resistentialism. Like when the toast always falls butter side down. And like whichever restaurant table you choose someone always just sawed 1/4″ off one leg. And like whichever direction from which you approach a phone-box the door is always on the opposite side?

Machines are the same. They always pick on people they instantly identify as inferior, like myself. I remember one weekend we’d had a new electric power-disposal loo installed in the bathroom over the hallway where we kept our tropical fish tank. All I did was adjust matters slightly after the electrician had gone. A few hours later we returned from the cinema to find most of our guppies belly-up in a steaming tank of thin suppa di pesce, the loo had overflowed all down the stairs and the few surviving goldfish had leapt from the simmering tank and were battling their way back upstream to spawn on the landing.

Nowadays our present domicile is fitted with every modern gadget from electric toothbrushes and shoe polishers to satellite TV. The hallway wall looks like the control room of Battersea Power Station and the kitchen like the cockpit of a commercial jetliner. Whenever there is a power failure, every warning light in the house goes on so the entire place looks like Christmas Eve on Oxford Street.

And all those damn gadgets are in aggressive mode. They range from mere insolent obstinacy to positively revolutionary subversion. For example, my VCR flagrantly defies anyone without a degree in electronics. The burglar alarm is another menace. I can’t make it work at all. Yet every passing vehicle triggers it. My car buzzes like an exasperated hornet if the safety belts aren’t fastened. Some well-hidden device pings if the doors are not locked like the Bastille on July 13th. If you dare do the simplest thing wrong, the entire dashboard snarls and glints like a set of fairy lights.

And take the bubble bath. For me it was pretty violent but my sheer avoirdupois triumphed. But when The Boss got in with her eight stone nothing it surfaced her and held her poised, perilous and precarious like one of those table tennis balls on water jets in shooting galleries.

There was one period of five days when we inadvertently locked the Swedish au pair in a darkened workshop (which she interpreted as a bizarre British punishment system!). We stood aghast as the newly installed, automatic and unstoppable washing machine vibrated itself across the utility room emitting sounds, water and dislodged fragments of metal, failed to stop a rotary mower which always had to be left going until it ran out of gas, broadcast a most delicate personal conversation at full volume over the house-wide intercom, and, by the skin of our teeth, saved ‘Dog’ (our retriever puppy) from ‘Jaws’, (our refuse compacter). We also converted every damn thing in the refrigerator into solid ice. To make matters worse, my next door neighbour was getting back to normal after installation of a cardiac pacemaker and every time he made love my radio-controlled garage doors went flying up and down like demented eyelids for an hour. (And NO, I don’t know how he made it last an hour).

The instruction books supplied with gadgets do little to help. Some are written in Anglochinensis and say things like ‘To be sure of felicity in usage, make all certainty on flat surface’ or ‘Ensure that all homing grommets are securely plumb-bedded before insertion of jacket socket leads.’

Our burglar alarm has a Panic Button in the master bedroom. ‘Press for Test’ it said. I should have known better. Late one evening I pressed and triggered off a Wagnerian alarm bell throughout the whole neighbourhood.

Now we have electric razors that give subcutaneous shaves, typewriters that always print ‘m’ instead of commas, contact lenses that are often inside out as without them in position you can’t see to put them in, and hearing aids that whistle ‘Sospan Fach’ across the room or, if you face north, tune you in to CyBC One.

Breaking the Surface with Yorgos Papadopoulos