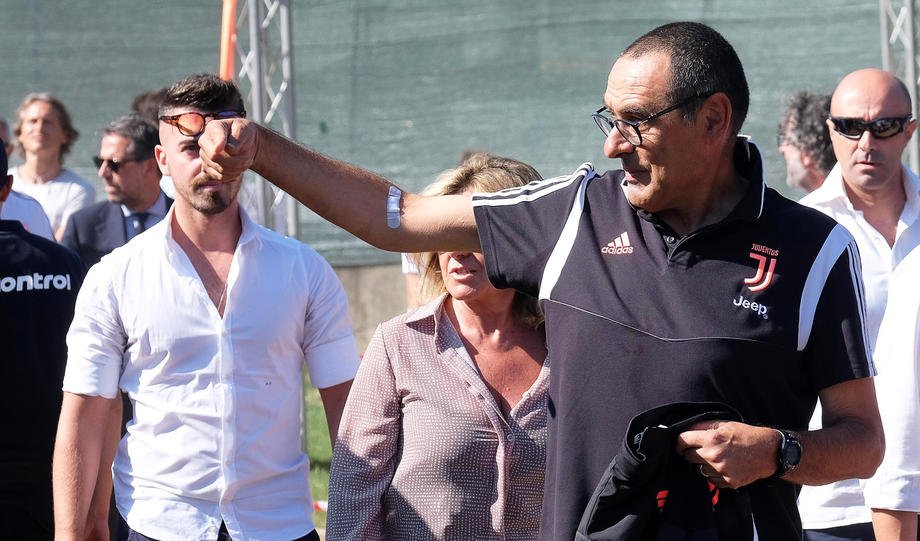 Juventus have ditched Massimiliano Allegri, a man who won five Serie A titles in as many years in charge and took them to two Champions League finals, in favour of Maurizio Sarri

In the last two years, Juventus have introduced a new badge and ditched their distinctive black-and-white striped shirts but, in hiring Maurizio Sarri as coach, they now made possibly the most drastic change of all.

Italy’s most successful club in domestic terms with 35 league titles including the last eight in row, Juventus have habitually been a team who want to win without worrying about how they do it.

Massimiliano Allegri, the incumbent for the previous five seasons, fitted the bill perfectly. His teams were pragmatic, versatile and intent on getting the job done as quickly and efficiently as possible.

“Defending is just as beautiful as a great attacking move,” he said at one point. “I am very happy for those who can turn football into a show but, as far as I’m concerned, if you want to see a show, you should go to the circus.”

However, Juventus have now ditched Allegri, a man who won five Serie A titles in as many years in charge and took them to two Champions League finals, in favour of Sarri, who is only happy when his team is playing a high-tempo, passing game.

It is a huge step into the unknown for both parties.

During his three seasons at Napoli, Sarri’s side played the most attractive football in Serie A and pushed Juventus all the way.

Yet, mention the 60-year-old to supporters of Chelsea, where he spent last season, and they are more likely to yawn.

Despite winning the Europa League and taking them into next season’s Champions League, Sarri – who had never previously won a major title – was unable to fully impose his ‘Sarriball’ philosophy, resulting in a style that was often more sterile than thrilling.

Sarri’s methods need intensive training and time to work – something he will not have much of at Juventus where anything other than a ninth successive Serie A title will be regarded a failure.

He also has a well-known reluctance to rotate his squad, which could lead to a number of highly-talented, expensive players spending extended spells on the bench.

On the other hand, if the move works it will bring a whole new dimension to the Turin side, headed by five-time Ballon d’Or winner Cristiano Ronaldo.

Juventus kick off the new season at Parma on Saturday although Sarri’s presence is in doubt after he was diagnosed with pneumonia on Monday.

The champions are not the only big club undergoing a transformation.

Inter Milan, who host Lecce on Monday, have hired former Juventus coach Antonio Conte in a bid to win their first title since 2010.

Conte will again team up his former chief executive Giuseppe Marotta, repeating the partnership which brought Juventus the first three Serie A titles of their current run between 2011 and 2014.

Conte has removed striker Mauro Icardi, their top-scorer for each of the past five seasons, from his plans and the club have signed forward Romelu Lukaku from Manchester United for a reported 80 million dollars.

Neighbours AC Milan have turned to Marco Giampaolo, previously at Sampdoria, to replace the fiery Gennaro Gattuso and given him the job of leading them back into the Champions League after a six-season absence.

AS Roma, meanwhile, have appointed Paulo Fonseca, a coach with no previous Serie A experience, to rebuild the side without midfielder and former captain Daniele De Rossi whose 18-year stint ended last season after the club declined to offer him a new contract.

That leaves Napoli as the only one of the realistic title challengers to have remained relatively unchanged.

Carlo Ancelotti led them to a another second place – their third in four seasons – in his first season in charge and if he can iron out their inconsistencies which bugged them in the previous campaign, they could end their 30-year wait for a title.

“Last season was a transitional one,” said Ancelotti, whose side visit Fiorentina on Saturday. “The bow is pulled and the arrow is ready to fire.”