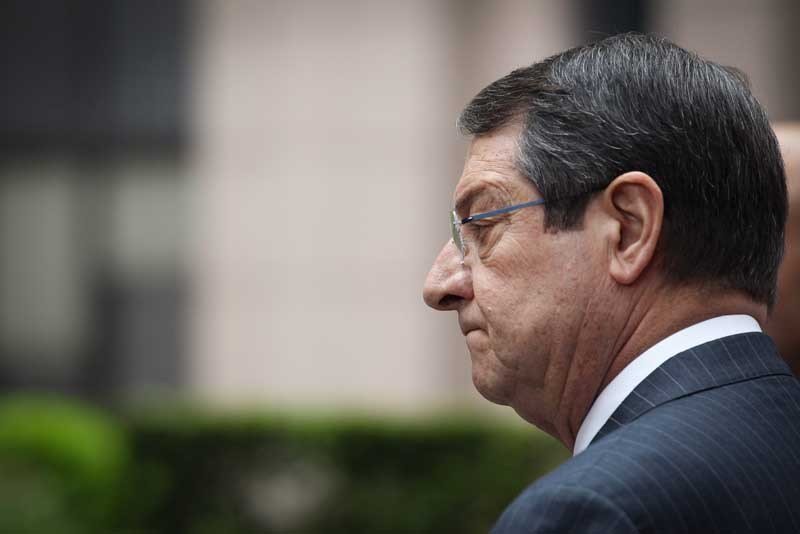 Government spokesperson Prodromos Prodromou denied yet again on Wednesday that the president had been involved in dubious financial activities that a report by a corruption-busting media outfit implied were conducted by Nicos Anastasiades’ former law firm.

Piling onto a series of denials issued by the government in response to a report by the Organised Crime and Corruption Project (OCCRP), which implied a link between Anastasiades, his law firm and the Troika Landromat, Prodromou said on Wednesday that the president has never been involved in illegal activities.

“As stated by the report, from the very beginning, they write word for word, that the President of the Republic – I am not referring to any law firm – has not had anything to do with violating the law.”

Prodromou’s comment came after OCCRP hit back at the government’s earlier efforts to brand the report as libellous and devoid of reality, by publishing four sets of documents it had cited.

“We stand by our reporting,” OCCRP said on Tuesday.  “Libel is defined as inaccurate information that defames a person. But the report cannot constitute libel, as it relates only facts backed by documented evidence.”

The report, released on August 14, implied a link between the president and his law firm with the Troika Laundromat, a network of shell companies that operated from 2006 to 2013 moving at least $4.6 billion and enabling its users to hide assets, evade taxes or launder money, mainly for the benefit of senior leaders of politics and business in Russia.

But the report also made clear that the documents seen, “do not contain any specific evidence that the firm or its employees broke any law or committed any crime”.

The OCCRP said on Tuesday that as “a professional news organisation, OCCRP takes accuracy extremely seriously. As with all our investigations, this story went through a rigorous fact-checking process.”

It added that “both Mr Anastasiades and the law firm, including every single one of its shareholders, were offered an opportunity to comment on the findings of the investigation several weeks ahead of publication. None of them opted to do so.”

Since its publication, the report also incited a war of words between the government and main opposition party Akel that continued to build up until Monday.

Akel has made repeated calls to Anastasiades to address the allegations so as to remove the blemish caused more broadly to Cyprus’ reputation as a financial services centre.

Responding, the government dubbed the report false in a series of statements, adding that similar allegations of financial malfeasance had been previously investigated by authorities in various countries, including the United States, without any incriminating findings.

Firing back at Akel, Prodromou recalled that in any case it was the Akel government which had given Abramov his Cypriot citizenship in 2010.

Speaking on a local radio station on Monday, Akel cadre Neoklis Sylikiotis – under whose watch as interior minister Cyprus green-lit Abramov’s citizenship said the government was deflecting attention away from itself and the president by seeking to turn the matter into one of suspect citizenships.

The president’s former law firm has meanwhile threatened to sue the OCCRP for libel. In a statement, the firm’s managing partner Stathis Lemis also said the outfit was ‘fully reserving its rights’ against Cypriot media for reproducing the OCCRP falsities.