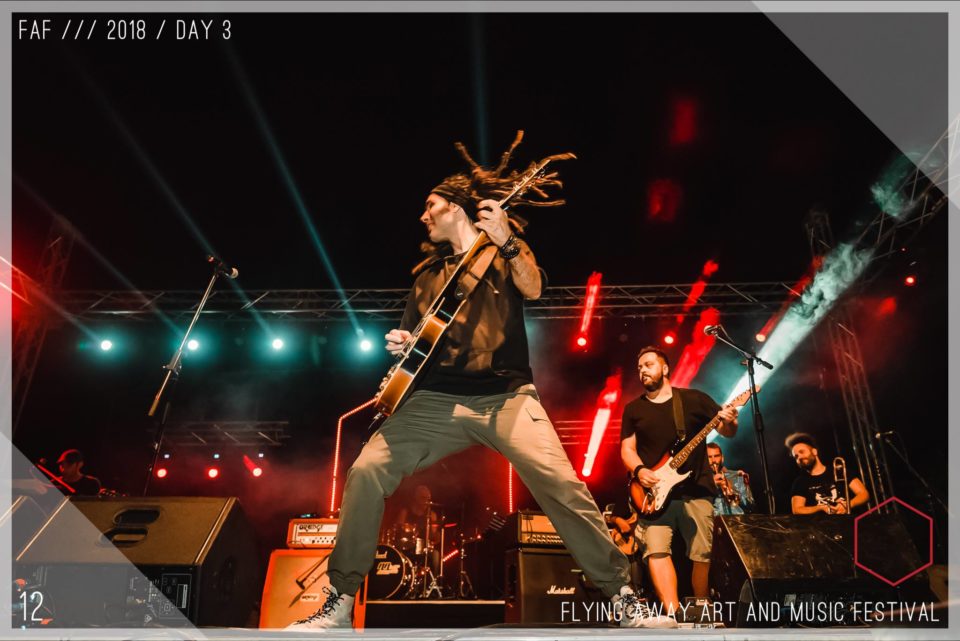 There are two weeks left before Orfeas Stadium in Nicosia fills up with nearly 100 art stalls, food trucks and local artists between September 6 and 8. As an art and music festival however, live music could not be missing from the three-day fiesta that is the Flying Away Festival, which is known for its line-up includiing well-known artists that lift the mood with many attending for the music alone. This year’s musical performers are again some of the most popular names on the Greek music scene and whether you follow their music or not, they are bound to get you rocking.

The first day of the festival will be dedicated to Greek rock of the 90s as two bands will merge for the night. Magic de Spell, one of the longest-lasting Greek rock bands, and Endelexeia will perform the best hits of the 90s Greek rock scene.

Endelexeia is a union between musicians Dimitris Mitsotakis and Panagiotis Katsimanis who will again join forces again after 17 years. The two are described as the synthetic duo of the band and two of the most iconic Greek rock musicians of the 90s who created some of the band’s greatest hits. The music programme on September 6 will include older songs of the two artists, as well as new tracks from their current collaboration.

Magic de Spell are no strangers to Cypriot gigs as they’ve performed on the island throughout their history. With eight albums in Greek and four in English, they have toured Greece and Europe, always known for their electrifying energy and bursting performances which they are set to bring to the Orfeas Stadium.

To celebrate the beginning of Flying Away, the festival has one more activity planned for the first night only. After the live music is over, the party is set to continue until the late hours at a venue down the road. Neverland Rock Bar will take over the entertainment with DJ Charitos rocking the decks.

On the following evening, a Greek hip-hop duo will take the stage. Stavento, known for both their own songs and collaborations with other artists, will perform some of their greatest hits merged with some traditional elements as well as covers and experiential songs of well-known classics.

The band was created in 2004 by Michalis Kouineli and Vaggeli Georgatzi and their name, Stavento, refers to a sailors’ term meaning ‘shelter’. They seek to unite various musical genres without hesitation and to remove musical labels by making their first step in discography. They have emerged as one of the most successful hip-hop names in Greek discography, featuring countless hits that have left an indelible imprint on their biography.

For the final day of the festival, the Greek reggae band Locomondo will return after they have been part of Flying Away festival for the last couple of years. Besides Flying Away though, Locomondo are huge fans of the island with numerous gigs during the summer. The band, now extremely well-known, has a large number of followers in Cyprus and needs little introduction. Their shows are almost always sold-out and known to be of high energy and enthusiasm as their songs are cheery, urging you to dance. They mix reggae and ska with traditional Greek sounds, Latin and rock and will perform beloved songs from their 16-year discography.

Each day doors open at 6pm, giving you enough time to carefully browse through the art stalls and grab a bite before the live music begins. Entrance to the festival is €10 per day or €20 for all three nights if you purchase a presale ticket. Children under 15 years old can attend for free. Given the large amount of entertainment offered, dozens of local artworks, food and drink options and performances from popular recording artists, Flying Away Art and Music Festival is a gem.

Flying Away Art and Music Festival

Trump cancels Denmark visit over after rebuff over Greenland