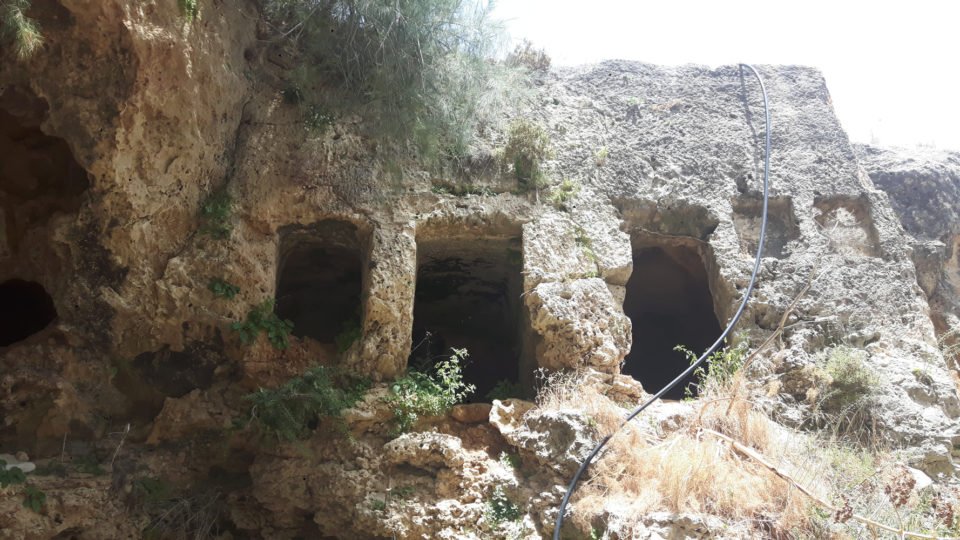 As September beckons, the cultural agenda starts to awaken from its summer hibernation. New plays and exhibitions are on the horizon. Eco Art 2019: PUBLIC NATURE – PRIVATE CULTURE is a contemporary art project with environmental connotations which is set to be presented on August 31 in Paphos.

It’s a project that was first implemented as part of the events undertaken while Paphos was the European Capital of Culture in 2017, under the title ‘Eco Art in the Akamas Peninsula’. This year the ex-Artis Cultural Association presents the Eco Art project in collaboration with Geroskipou Municipality at Efta Ai-Giorkies archaeological site in Geroskipou. The title, PUBLIC NATURE – PRIVATE CULTURE, expresses a duality that carries over into the artistic project. On the one hand, Nature – geology, fauna and flora – provides the ‘public’ components to which some of the artworks refer. On the other, we have culture, the remains of the past and other traces of human culture being clearly identifiable in the site.

The area consists of caves and ancient rock-cut, underground burial chambers on a rocky plateau southwest of Geroskipou. This rare rock formation has preserved the area’s natural landscape throughout the centuries. Some of the caves are nowadays used as places of worship. The geology of the site combines with its spirituality and the changes wrought by urban planning as three of the features which can spark the artists’ contributions to Eco Art.

In this rich natural and cultural context, seven international artists (Tim Bennett, Marianna Constanti, Μiriam Mc Connon, Michalis Papamichael, Julia Schewalie, Rinos Stefani, Susan Vargas) have been invited by the curator, Prof. Hermann Pitz, to create contemporary artworks inspired by Nature, the past and the present, local traditions, and the memories connected with the area.

Tim Bennett’s artwork is a wish tree, a contemporary totem. His ‘Wish Harder’ piece is composed of modern construction materials as they might be used in a future Eco City, and idealises the beauty of the trees around us. The sculpture has an archaic dignity, and holds its own secrets.

The site-specific installation ‘Memory Game’ by Marianna Constanti is formed by fragmented casts – more like reliefs of dollhouses though, at the same time, formed as modern ruins. It exists visually as a miniature of the general perspective of the Efta Ai-Giorkies area as observed from a distance, offering a landscape where the viewer can create their own story. ‘Memory Game’ relates to the artist’s childhood memories, as she grew up in Geroskipou and visited the area, creating a space between reality, fragility and fiction.

Miriam McConnon’s large-scale cave installation reflects the Efta Ai-Giorkies area’s status as a traditional place of worship. The artist examines the collective aspect of worship while highlighting the solitary path of individual grief and loss.

Michalis Papamichael’s installation deals with issues related to long-term biocultural heritage and the change of landscapes. The ephemeral artwork refers to the site’s spirituality and stands as a votive offering to the current residents of the Efta AiGiorkies site – the cats.

Julia Schewalie creates a minimalistic image of the unknown past. The reasons why the caves were enlarged, or the purposes for which certain niches were carved into the rock, are only partly known. The artist’s work makes this lacuna visual, confronting the viewer with the secrets of the past.

Rinos Stefani’s ‘Saint George and the Dragon’ represents the Anthropocene epoch, dating from the start of significant human impact on the Earth’s geology and ecosystems – and of course including our current global crisis, anthropogenic climate change. His tree is a slaughtered victim of people’s compulsion to exploit Nature.

Lastly, Susan Vargas creates modern votive tablets based on interaction with the visitors, as well as the believers. Their offerings can be very personal and private, but very public as well. Her seven wax tablets in one of the caves have this duality about them, the private/public dichotomy made explicit in the title of the project as a whole. While it is not known who has written the message, it is there for everyone to see.

It’s not just these seven artists who are part of Eco Art 2019. A group of students from the Department of Architecture of Neapolis University are also taking part in the project with their own artwork. Maria Giannaka, Nikos Sokorelis, Thanasis Karahalios and Michalis Michaelidis created an installation called ‘Aphrodite’s Pigeon’ as a contemporary image of Aphrodite, referring explicitly to the myth of the goddess. Her physical appearance is symbolised in the volumes of metal frames. Only her bird (the titular pigeon) has a biomorphic form.

The exhibition, which has been made possible in collaboration with Geroskipou Municipality, the Antiquities Department and the Neapolis University Paphos, will open on August 31 and will last until December 31.