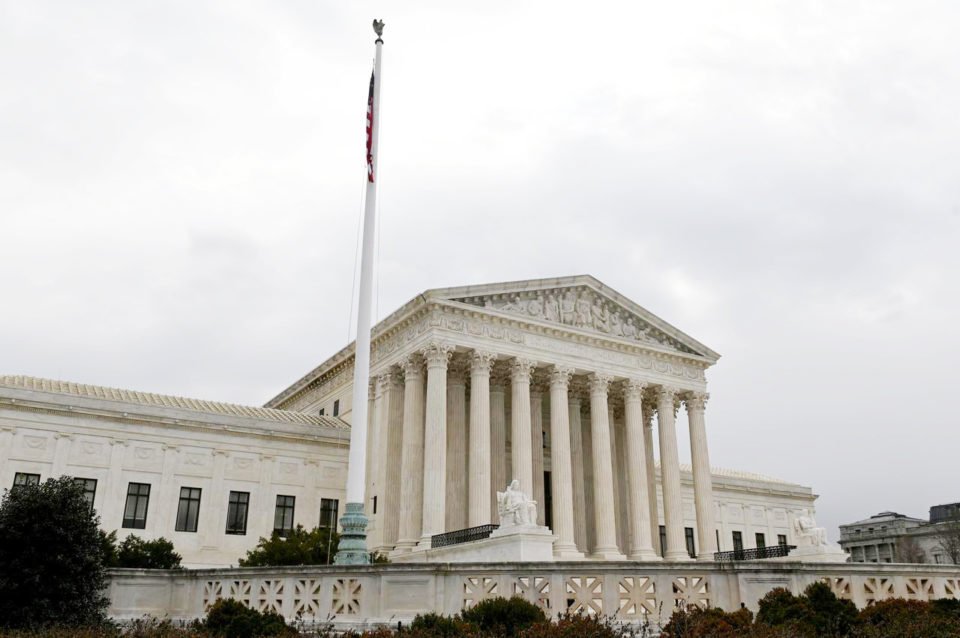 The building of the US Supreme Court is pictured in Washington

A man convicted of targeting three gay men who had befriended him before he bludgeoned and suffocated them during an eight-month crime spree in 1994 is scheduled to be executed in Florida on Thursday.

Gary Bowles, 57, is set to die by lethal injection at 6 p.m. EDT at the state’s death chamber in Raiford, Florida.

Bowles pleaded guilty and a jury in 1996 sentenced him to die for the first-degree murder of Walter Hinton in Duval County two years earlier. His death sentence was overturned by theFlorida Supreme Court, but a new jury sentenced Bowles to death in 1999.

Hinton gave Bowles a place to stay in his Jacksonville, Florida, mobile home in 1994. On the night of Nov. 16 after drinking and smoking marijuana with Hinton, Bowles dropped a 40-pound concrete block on his victim’s head while he slept, fracturing his face and jaw. He then put a rag in Hinton’s mouth and smothered him to death, court papers said.

After he was arrested days later, Bowles told investigators that he had used his body since he was a teenager to get food, shelter and money and began “hustling gays,” although he hated having sex with them. During the Hinton trial, prosecutors accused Bowles of targeting his victims because they were homosexual, court papers showed.

According to prosecutors, the murder of Hinton was not the first for Bowles. In March of 1994, Bowles killed John Roberts, 59, who also let him live in his home, they said.

Bowles approached Roberts from behind and struck him with a lamp in his Daytona Beach,Florida, home and then stuffed a rag in his mouth, suffocating him. He then took his credit cards, money and wallet, according to court records.

Two months later, Bowles killed Albert Morris, 38, who also befriended him and let him stay in his Nassau County house. Bowles got into a fight with Morris outside of a bar. He hit Morris over the head with a candy dish before he suffocated Morris with a towel over his mouth, court documents said.

Bowles received life sentences in Florida for the Morris and Roberts murders.

Authorities believe Bowles also killed Milton Bradley, 72, in Savannah, Georgia, Alverson Carter Jr., 47, in Atlanta and David Jarman, 38 in Maryland in 1994 in much the same manner as theFlorida murders.

Bowles has waged several unsuccessful appeals in state and federal courts. As of Thursday, he had asked the U.S. Supreme Court to halt his execution so he could challenge the legality of Florida‘s clemency proceedings.

Bowles would be the 13th inmate executed in the United States and the second in Florida in 2019, according to the Death Penalty Information Center. Texas on Wednesday executed Larry Swearingen, 48, convicted of the 1998 rape and murder of a college student.

Erdogan asks Russia’s Putin to step aside in Syria