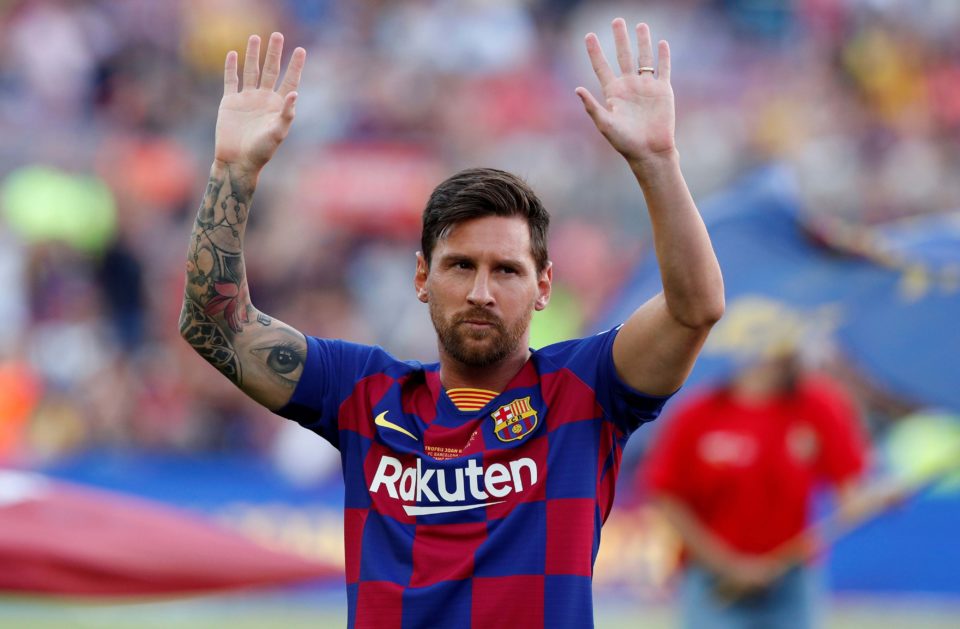 Lionel Messi could return to action for LaLiga champions Barcelona against Real Betis on Sunday after recovering from a leg injury.

The Argentina superstar has been out since August 5 and missed his side’s 1-0 opening weekend defeat at Athletic Bilbao.

But Messi joined his team-mates in full training on Wednesday ahead of the home clash with Betis.

“It’s the news we’ve all been waiting for and it finally happened on Wednesday as Leo Messi was back training with his team-mates at the Ciutat Esportiva Joan Gamper,” read a statement on Barcelona’s website.

“It was the first time he has been able to do that since picking up a right leg injury last August 5. He was the star attraction on pitch 2 at the training facility, where the first team was also joined by Inaki Pena, Chumi, Carles Perez and Abel Ruiz of Barca B as well as teenage sensation Ansu Fati from the U19 team.

“The team will be taking a rest on Thursday and will be back at it on Friday morning, with one further workout on Saturday before they take on Real Betis in the first Liga game of the season at Camp Nou on Sunday.”

England must ‘jump on’ chance with Smith out, says Root