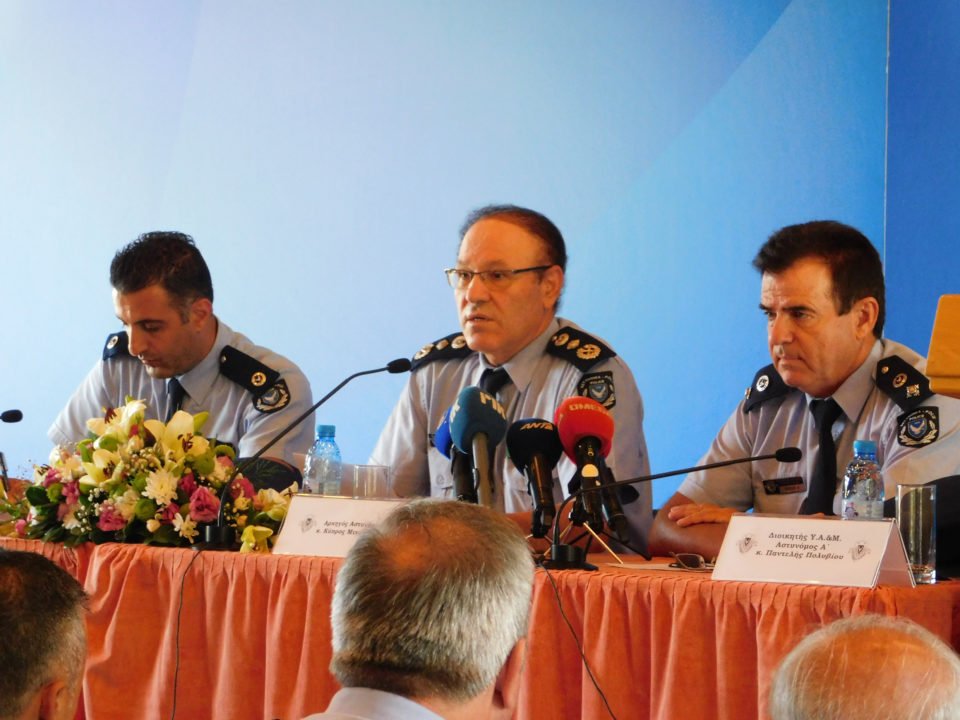 New police chief Kypros Michaelides pledged on Thursday that the force shall redouble its efforts to cement a sense of security amid the public, addressing criticism that the police were negligent in following up on several persons reported missing – all foreign nationals – who were later found murdered.

“The recent cases of the missing persons have shaken us to the core, these tragic events have awoken us, and we fully comprehend the public’s justified concerns,” Michaelides said.

He was referring to the recent affair of serial murderer Nicos Metaxas, who killed five women and two children.

Most of the victims had been reported missing, and the police are facing accusations that they did not properly track those cases while there might still have been time to catch the serial killer early and possibly stop the killing streak.

Speaking after a meet-and-greet with the Aliens and Immigration Service of the police, Michaelides said regaining the public’s trust is a challenge.

“But we are determined to rise to that challenge, and for some months now we have begun a colossal effort to drive home the message that the police have the will to stand by the people and provide them with security.”

The chief vowed that the force would display zero tolerance toward “corrupt, unscrupulous and wayward police offers, no matter their rank”.

The affair emerged on April 14 after the accidental discovery of a woman’s body inside a mine shaft in Mitsero.

There followed the discovery of a second body in the same shaft and the arrest of a suspect, army officer Metaxas. It took two more months for the rest of his victims’ bodies to be recovered from Mitsero’s ‘red lake’, a shooting range and another small lake near Xyliatos reservoir. The now self-confessed serial killer has been sentenced to seven life sentences.

A probe is meanwhile underway by a police watchdog to determine whether members of the force were derelict in their duties, in particular in handling missing persons reports.

The results of the probe are expected by late October. The findings will then be made available to the police for remarks, after which the file will be forwarded to the attorney-general to decide whether indictments are in order.

The police chief also stressed that officers of the Aliens and Immigration Service must be well versed in the law, particularly immigration law.

“Foreign nationals have the same rights as Cypriots, and that is why there needs to be the correct attitude toward them; the principle of equality before the law must be enforced.”