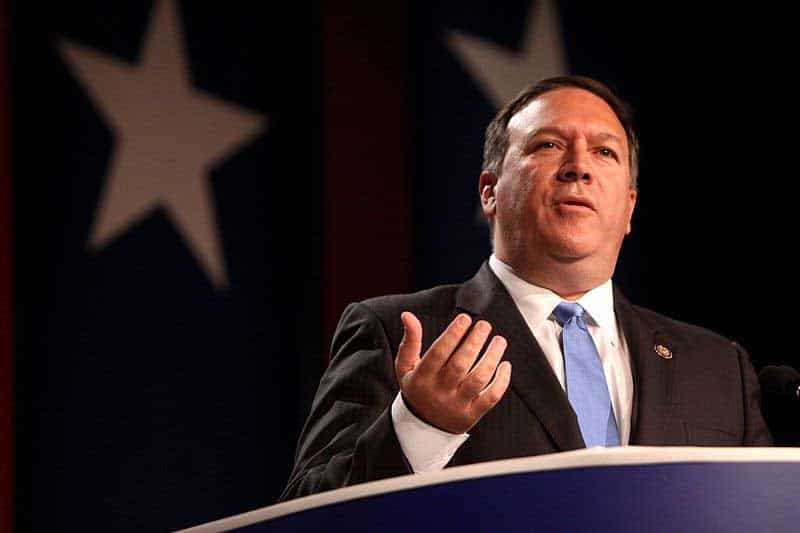 South Korea said on Thursday it will scrap an intelligence-sharing pact with Japan, drawing a swift protest from Tokyo and deepening a decades-old dispute over history that has hit trade and undercut security cooperation over North Korea.

Seoul’s decision not to extend the General Security of Military Information Agreement (GSOMIA) shows how the political and trade dispute between the Asian neighbours and US allies has hit some of the region’s most sensitive security issues. The agreement had been due for automatic renewal on Saturday.

The arrangement was designed to share information on the threat posed by North Korea and its missile and nuclear activities – a threat underlined by the North’s recent launch of a series of short-range ballistic missiles.

“Under this situation, we have determined that it would not serve our national interest to maintain an agreement we signed with the aim of exchanging military information which is sensitive to security,” Kim told a news conference.

They soured further when Japan tightened its curbs on exports of high-tech materials needed by South Korea’s chip industry, and again this month when Tokyo said it would remove South Korea’s fast-track export status.

The United States, which fears weakened security cooperation in the region, expressed dismay at the move.

“We’re disappointed to see the decision the South Koreans made about that information-sharing agreement. We’re urging each of the two countries to continue to engage,” Secretary of State Mike Pompeo told reporters in Ottawa, Canada.

“There is no doubt that the shared interests of Japan and South Korea are important and they’re important to the United States of America,” he added, saying he had spoken to South Korean Foreign Minister Kang Kyung-wha earlier on Thursday.

Japan’s foreign minister, Taro Kono, criticised Seoul for what he said was mixing the export controls with security issues.

“Given such issues as North Korea, everyone probably understands the importance of this agreement. But this decision was made while linking it to Japan’s review of export controls,” he told reporters. “I cannot help saying they are completely misreading the security environment.”

He said Tokyo had summoned the South Korean ambassador in protest.

South Korea’s Kang emphasized the decision to end the pact was because South Korea had lost trust in Japan.

“We will continue to strengthen cooperation with the United States and develop the alliance,” she told reporters in Seoul.

South Korea’s Defence Ministry said that regardless of the end of GSOMIA, it would maintain a “stable” joint defence posture based on a robust alliance with the United States.

Pentagon spokesman Lieutenant Colonel Dave Eastburn said the integrity of US mutual defence and security ties needed to be maintained despite frictions in other areas of the relationship between Japan and South Korea.

One Western military source said the intelligence-sharing was sometimes limited but nevertheless an important area of cooperation in the face of threats from North Korea.

GSOMIA facilitated the sharing of information on North Korea’s nuclear and missile threats, which remain despite a series of summits and negotiations with North Korea, said Cho Tae-yong, a former South Korean national security adviser who worked on the deal when it was first signed.

“Ending GSOMIA is not only the wrong card to play to press Japan, but it is just not helpful for our security,” he said.

The decision also comes as China and Russia have been more assertive in the region, flying their first joint military air patrol together in July, which triggered an international incident with South Korea and Japan.

Before the signing of the agreement in 2016, under US pressure, South Korea and Japan shared intelligence through the United States.

South Korea went ahead with the deal at the time despite opposition from some political parties and a large section of the public, who remain bitter over Japan’s actions during its colonial rule of Korea from 1910 until the end of World War Two.

A 2012 attempt to seal the deal fell apart in the face of opposition in South Korea toward military cooperation with Japan.

Relations between the two US allies now appear to be at their lowest since they normalised ties in 1965, plagued by bitterness over Japan’s occupation, which included the use of South Korean forced labour at some Japanese firms.

South Korea had warned it could reconsider the GSOMIA after Japan imposed export curbs and then stripped South Korea of its favoured trading partner status.

Seoul said those moves by Japan were in retaliation for a South Korean Supreme Court order for Japanese companies to compensate some of their wartime forced labourers last October.

Japan condemned that ruling, saying the matter was resolved by a 1965 treaty normalising ties. It has also cited unspecified security reasons for its export controls.

Harvey Weinstein to be arraigned again ahead of criminal trial