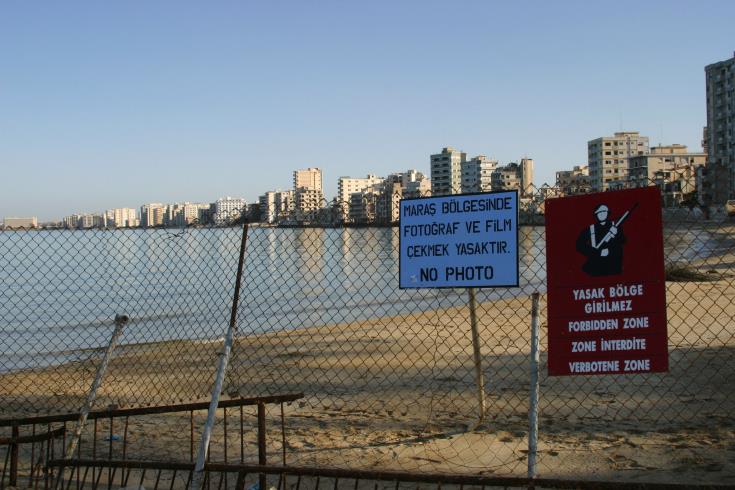 As 31,584 people from Famagusta go to the polls in Sunday’s mayoral elections, the campaigns of the five candidates have projected a united front for the return to Varosha regardless of who wins the race.

Polling stations will be open from 7am until 6pm, with a one-hour lunch break between 12pm and 1pm. Final results are expected to be announced by 6pm on Sunday, while the new Famagusta mayor will be officially proclaimed in a special ceremony on Monday.

The town is choosing a mayor following the sudden death of Alexis Galanos. Galanos, who had also served as president of the House of Representatives, was serving his third term as mayor after being re-elected in 2016. He died while on holiday in Greece.

To find their polling station, voters can use the Press and Information Office (PIO) website (www.pio.gov.cy), where extensive lists can be found detailing which voters vote where.

Alternatively, voters can send a text message to the number 1190, containing the letters WTV, followed by their ID number and date of birth. If an ID number is a six-digit combination, two zeros should be added in front of the combination.

First on the ballot will be Elam MP Linos Papayiannis due to his party affiliation, followed by the four independent candidates in alphabetical order: Simos Ioannou who will be backed by Akel and Diko, Nikos Karoullas backed by ruling Disy, and non-party-backed independents Andreas Lordos and Georgios Stavri.

The candidates’ electoral campaigns have been developing in a positive climate, making use of the significance of the current moment for the fenced-off city of Varosha to portray an image of solidarity and cooperation rather than enmity.

Several of the candidates have even suggested that regardless of who wins the race they will put forward a united front to pursue the aim of returning to the city.