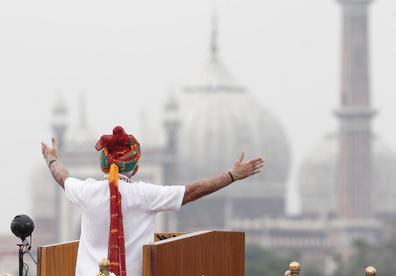 A plaque at the Gilmorehill base of the university will mark that the building is built on the site of Gilmorehill House, which was owned by a notorious 18th century slaveowner

Scotland’s University of Glasgow said on Friday it would spend 20 million pounds ($24.4 million) to make amends for the historic financial support it received from people who profited from the slave trade.

The university said it was co-founding a Glasgow-Caribbean Centre for Development Research with the University of the West Indies to host events, sponsor research work and raise public awareness about the history of slavery.

The money will be spent over the next 20 years, with funding mainly coming from research grants and donations.

“Talking about any institution’s or country’s historical links to slavery can be a difficult conversation but we felt it was a necessary one for our university to have,” said Professor Sir Anton Muscatelli, Principal and Vice-Chancellor of the University of Glasgow.

“While you can’t change the past, you can change (its) consequences.”

A plaque at the Gilmorehill base of the university will mark that the building is built on the site of Gilmorehill House, which was owned by a notorious 18th century slaveowner.

Last year the University of Glasgow said it had received up to the equivalent of 198 million pounds ($242 million)in today’s money from people who derived their wealth from slavery.

Glasgow said it deeply regretted this part of its past which clashed with its parallel history of support for the abolition of slavery, and started a programme of reparative justice.

In the biggest deportation in known history, weapons and gunpowder from Europe were swapped for millions of African slaves who were shipped across the Atlantic to the Americas. Ships returned to Europe with sugar, cotton and tobacco.

Around 17 million African men, women and children were torn from their homes and shackled into one of the world’s most brutal globalised trades between the 15th and 19th centuries. Many died in merciless conditions.

Those who survived endured a life of subjugation on sugar, tobacco and cotton plantations. Britain abolished the trans-Atlantic slave trade in 1807 although the full abolition of slavery did not follow for another generation.

Other British universities are also seeking to confront their history of involvement with the slave trade.

The University of Cambridge will conduct a two-year study of how much it benefited from the Atlantic slave trade and whether its scholars reinforced race-based thinking during Britain’s colonial era.

Oxford University has launched several projects aimed at tackling its relationship and links to colonialism, but in 2016 decided not to remove a statue of imperialist Cecil Rhodes, who bequeathed a large sum to Oriel College, endowed a university scholarship and is considered one of the founders of South African racial segregation.

CyBC journalist sues state after work made her ill