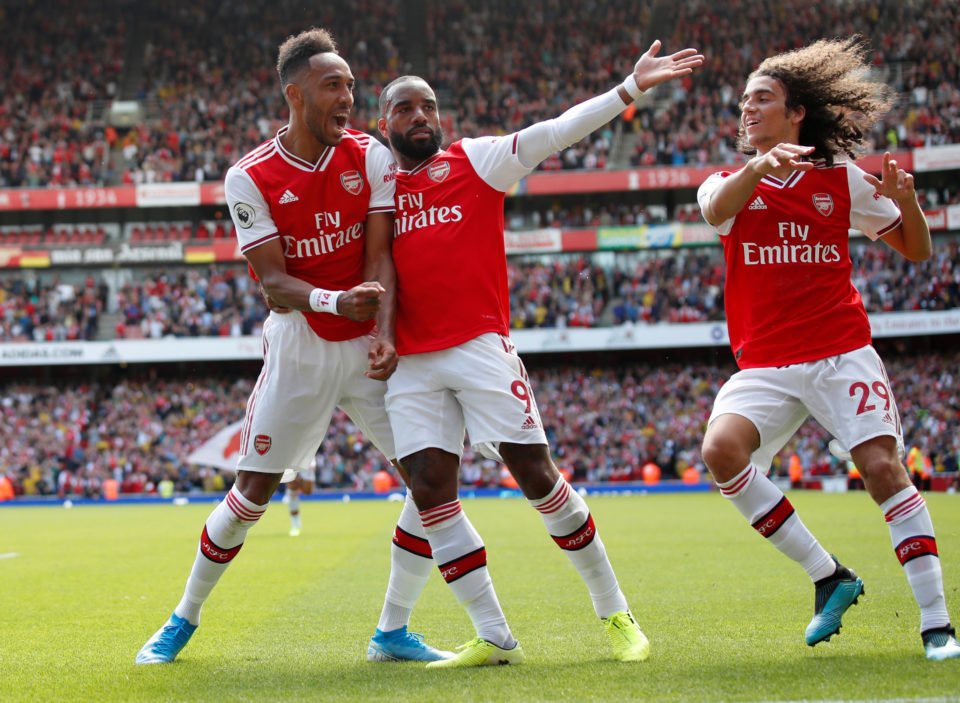 Arsenal, who have won both their opening games, face a tough task at Anfield, where their recent record is very poor

The two remaining teams with 100 per cent Premier League records this season go head-to-head on Saturday when Liverpool host a new-look Arsenal at Anfield in an encounter that will act as a barometer to measure the London club’s progress.

Unai Emery’s Gunners have made a strong start to the campaign with wins at Newcastle United and at home to Burnley but they do not need to look too far into their history to realise this will be a very different challenge.

In December, amid talk of progress in Emery’s first season, Arsenal were crushed 5-1 at Anfield with Brazilian Roberto Firmino helping himself to a hat-trick.

It was a display which emphasised just how far the North London club had fallen behind the genuine title contenders and was the latest in series of crushing losses at Liverpool.

The two previous meetings at Anfield ended in 4-0 and 3-1 defeats for Arsene Wenger’s Arsenal teams, but there is a fresh optimism around the club after a successful transfer window.

Spanish midfielder Dani Ceballos, on loan from Real Madrid, has made the biggest impression, but Brazilian defender David Luiz has also made a solid start.

A real buzz though surrounds winger Nicolas Pepe, who could help provide ammunition for the impressively prolific strike pairing of Alexandre Lacazette and Pierre-Emerick Aubameyang.

Pepe, signed from Lille, for a club-record £72 million, has yet to start but showed flashes of his talent during a substitute appearance in the 2-1 win over Burnley.

European champions Liverpool, however, have won a club-record equalling 11 straight Premier League games and are unbeaten at home for the past two seasons – their last league defeat at Anfield was in April, 2017 against Crystal Palace.

Manager Jurgen Klopp will still be without his first choice goalkeeper, Brazilian Alisson Becker, so Spaniard Adrian will continue to deputise.

Also on Sunday, Spurs take on struggling Newcastle who have lost their opening two games under new manager Steve Bruce.
Manchester United, who were held 1-1 at Wolverhampton Wanderers on Monday, look to return to winning ways when Crystal Palace travel to Old Trafford on Saturday.

That match will pit new United defender Aaron Wan Bissaka against the club he left in the close-season.

The queen of spoon sweets